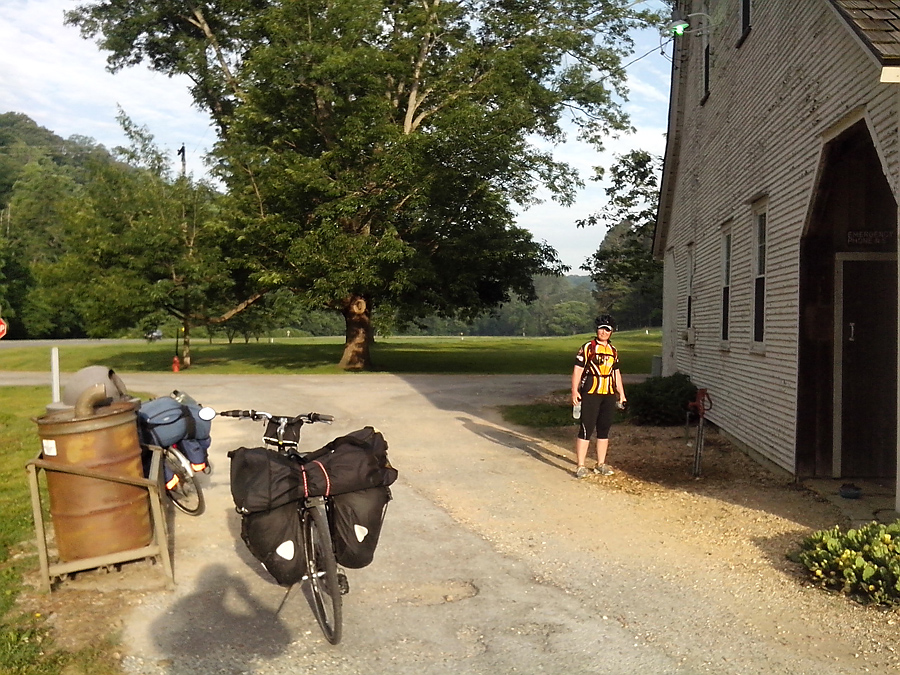 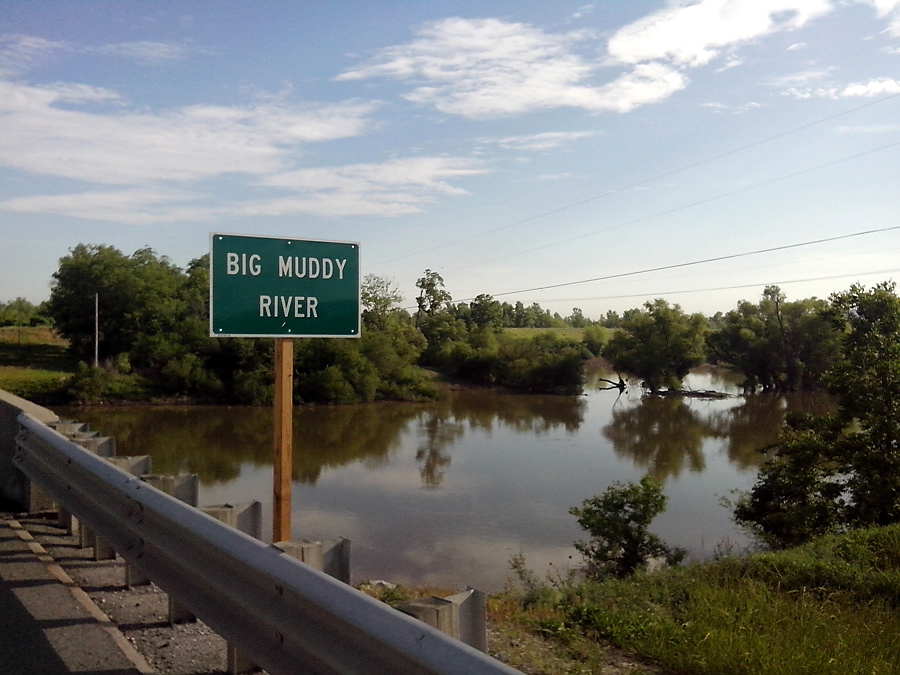 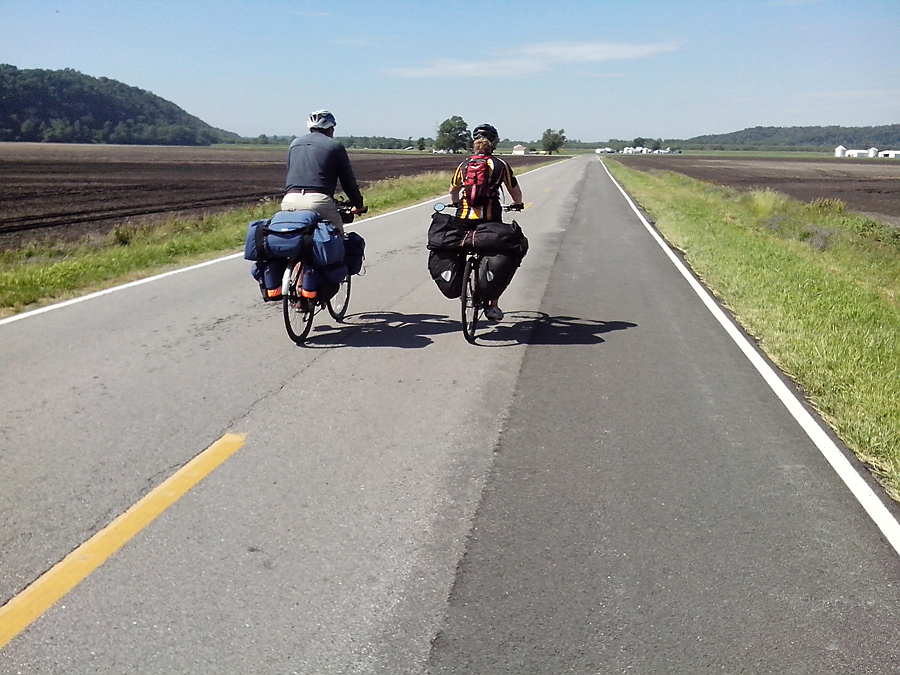 This started out as a great day with smooth riding. We met a couple of cross America riders going East to West, and met another group of 13 camping in the city park in Chester, home to the creator of Popeye. Finally we met another cross country rider going solo, but all of these people had been running into each other from time to time across the Appalachians. The group of 13 started as 16, with 3 dropouts, through Adventure Cycle Organization.

The Appalachians offer “grueling” 9% plus climbs of an hour or more, for days at a time. Nothing I would want to attempt at this point in my life. As you can see from the pictures, our route has no hills. Except going up and down the levees, and the rolling hills near some towns. 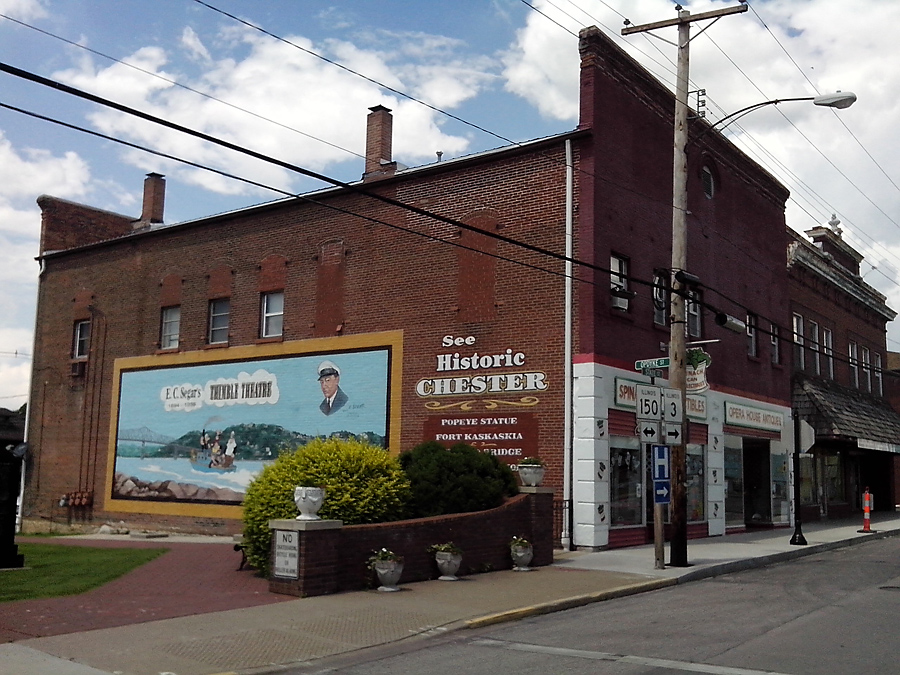 Chester is such a town, with a long steep hill like the Cochrane Hill, that we walked up in hot sun—107 F according to Carrie’s thermometer, 104 F when we rested in the shade at the top, and finally 77 F at night. I think I got heat stroke. Every step was an effort, my muscles ached, I had no strength, and I wasn’t registering info correctly. We had a snow cone, and then we sat in AC in the Eagle’s Fraternal Organization Clubhouse, then I followed with two cold showers, and I gradually recovered. Carrie did similar. 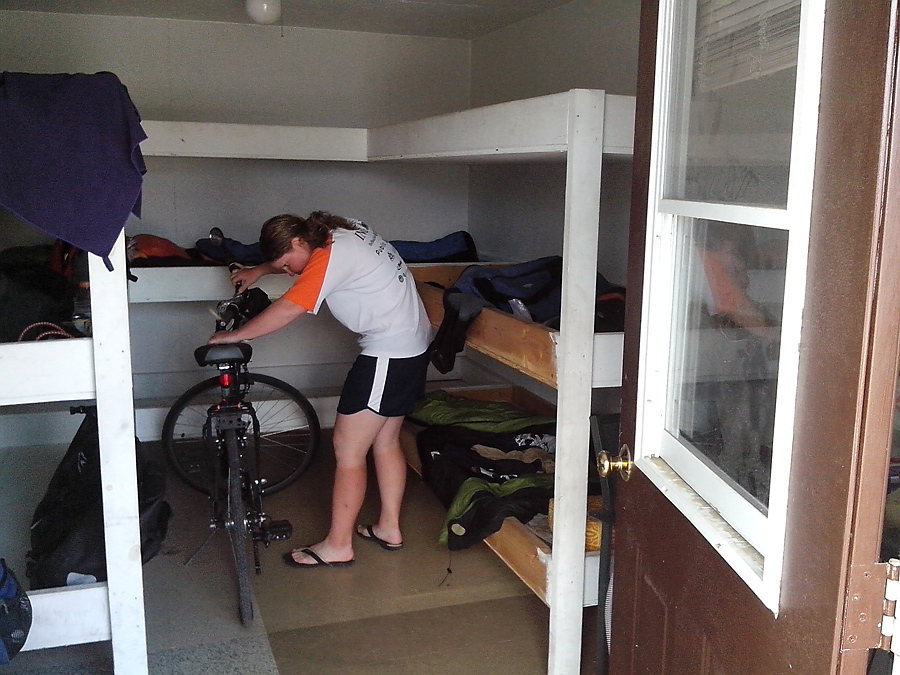 The Eagles have a small building with air conditioning for bicyclists, so we stayed there for free. Chester sees a lot of trans US cyclists because it is on the Adventure Cycle route, and is a break before they suffer through the Ozark Mountains in Missouri on the other side of the river. We met an Eagle in the grocery store, and his son was taught in University by Dan Phillips, our host in Memphis. Small world. 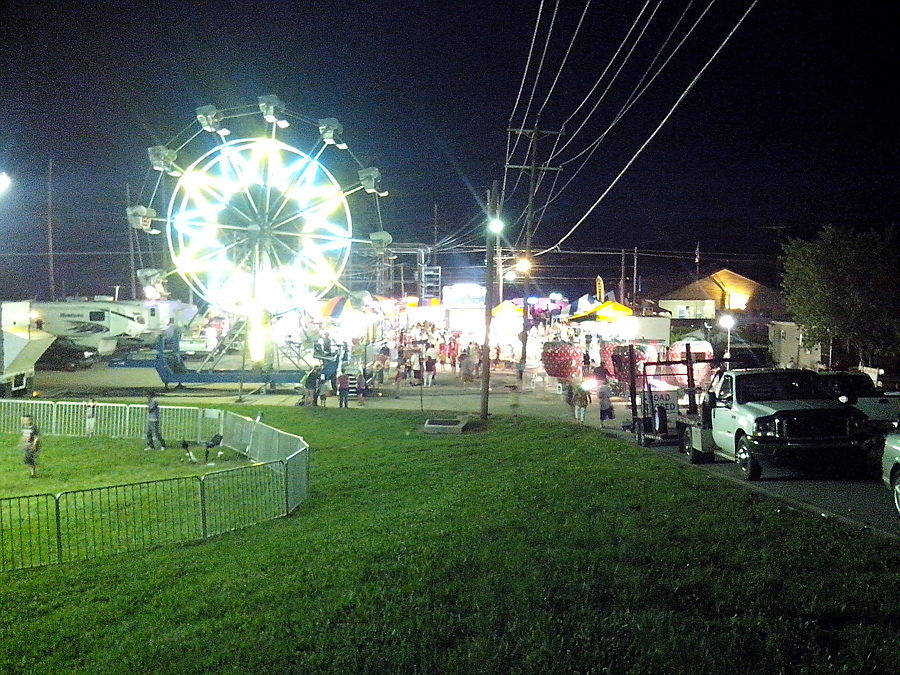 The Eagles had a fundraiser “Eaglefest” this weekend with a small carnival, so we enjoyed the food and atmosphere before crashing to sleep in our little air conditioned hut. I tried to get an outside photo in the morning, but my camera fogged up instantly when moving from the AC inside to the 77 F outside, which gives you an idea of the kind of humidity this country is famous for.

I wondered how I would fare the next day, after getting beat up in the heat, and we’ll both know more in the next post.

We are here
Riding in the pain
long distance, self-supported bicycle trips