Today the sun came out, so I went back for a look at Washington Park, which is huge. Chicago is apparently a model for parks, and has a long history of building them. 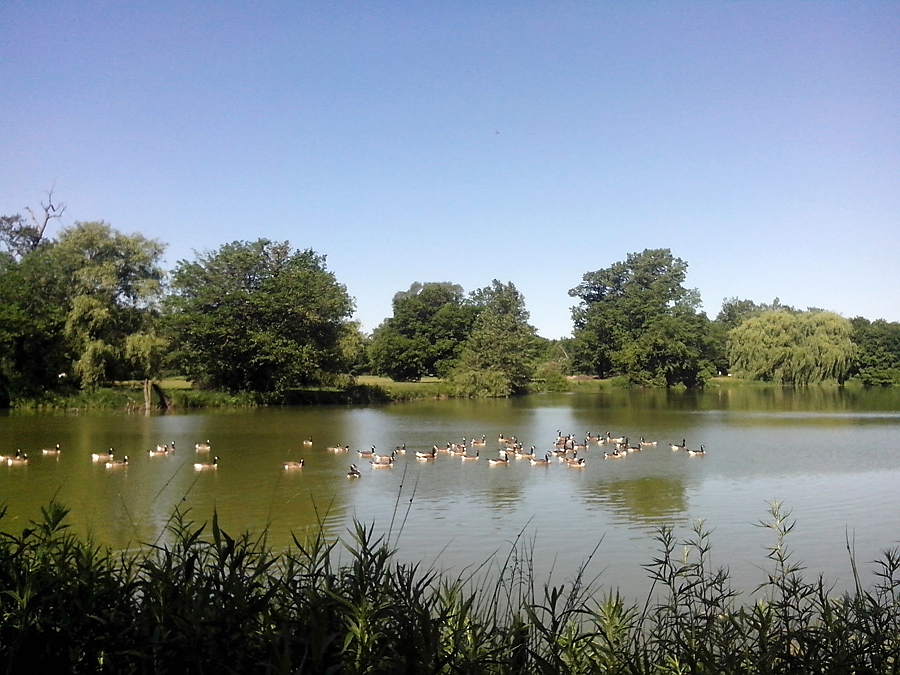 The first controlled Nuclear Reaction happened underground at this spot at the U of Chicago, to bring you the bombing of Japan. 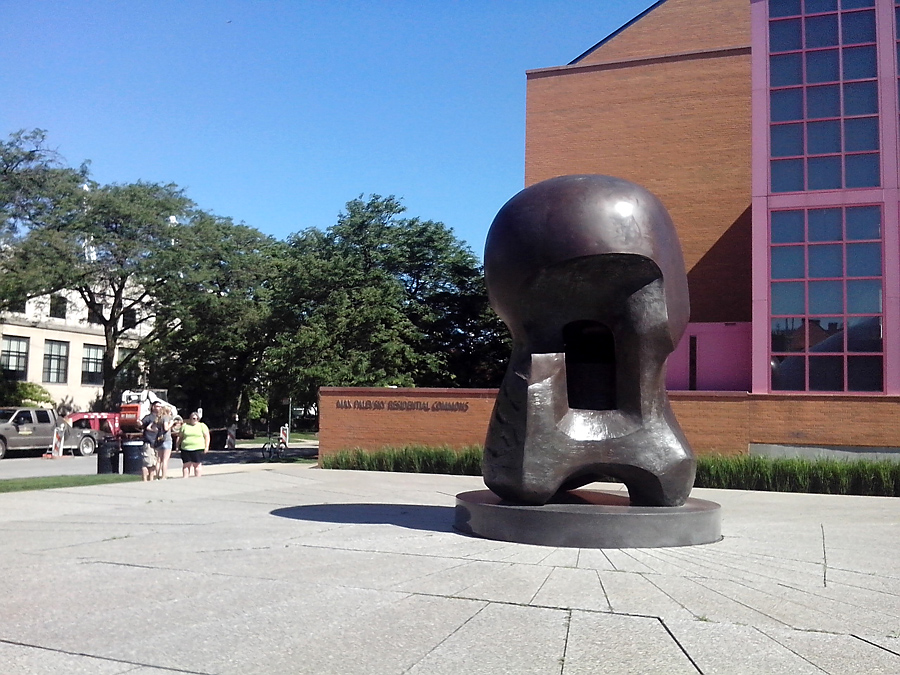 And while the rest of the world was busy beating up on itself, the ivy here kept on growing. 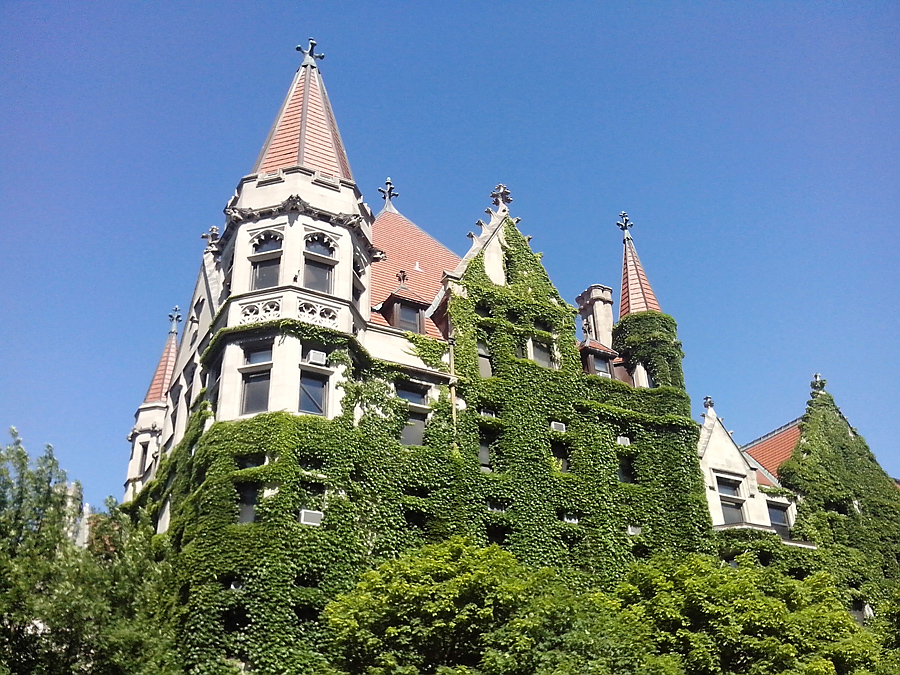 I headed east to the Lake again, and found the Science Museum in the sun.

Then it was north on the Lakefront trail. 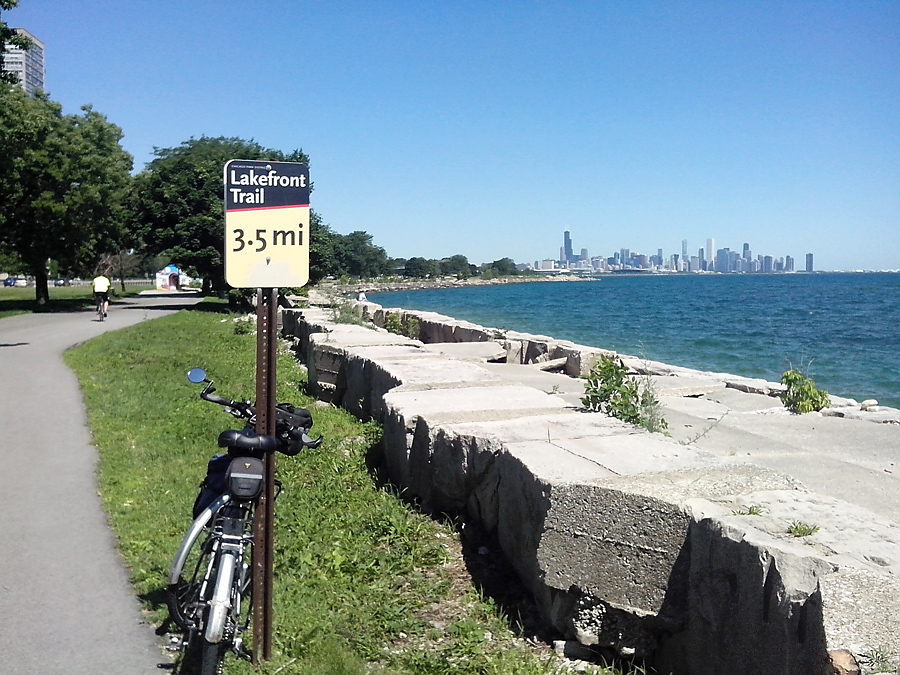 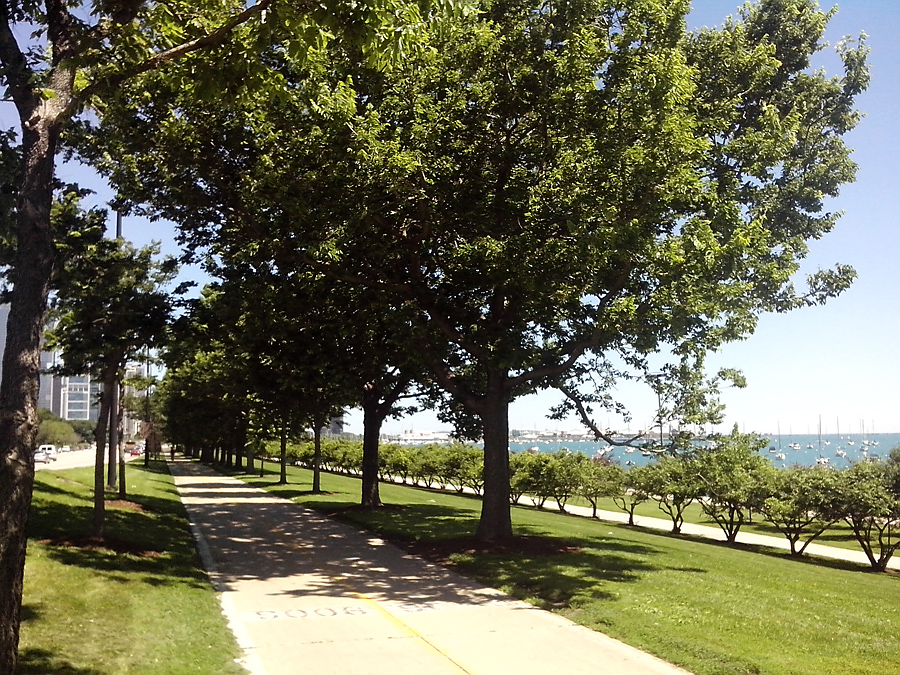 There is lots to enjoy in the sun, so I only took a few pictures of things that stood out for me. First up is a fountain that gets your attention by being massive. 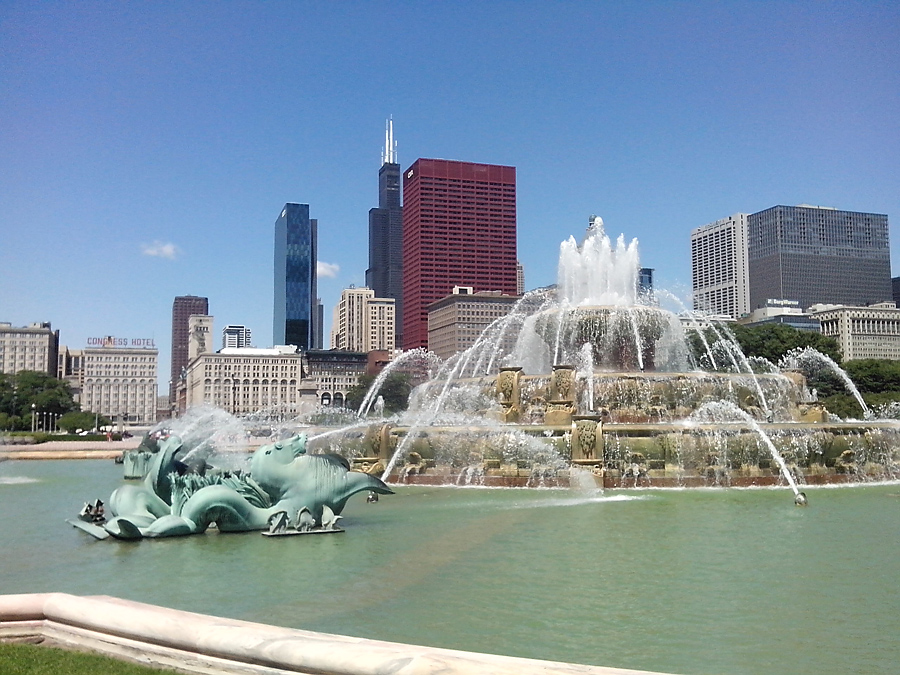 I found a line-up to get up to the top of the Willis Tower, and I don’t do lines. 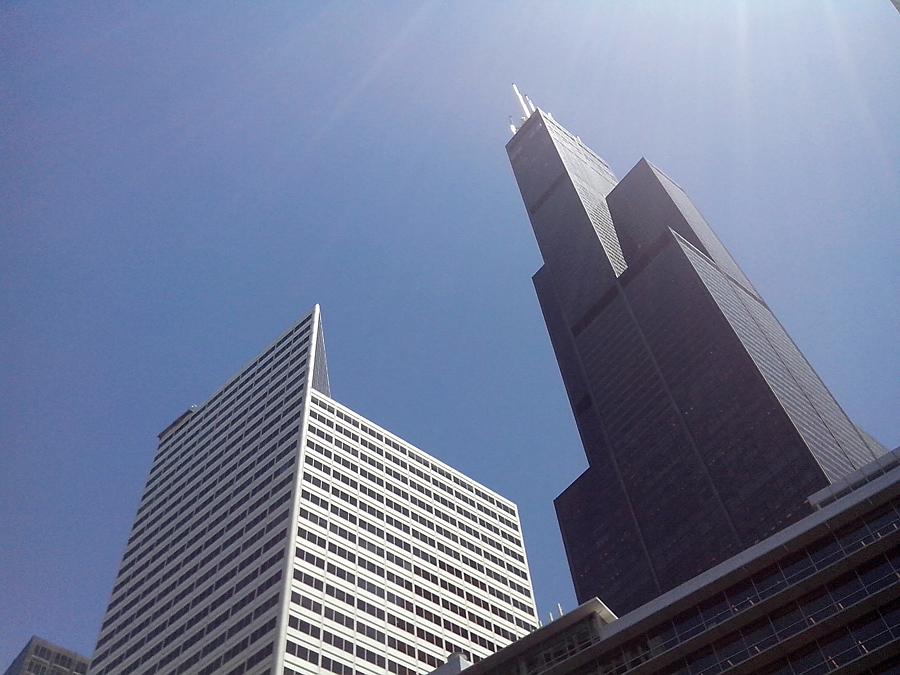 So I looked at Union Station instead, and came out to look at the South Chicago River. 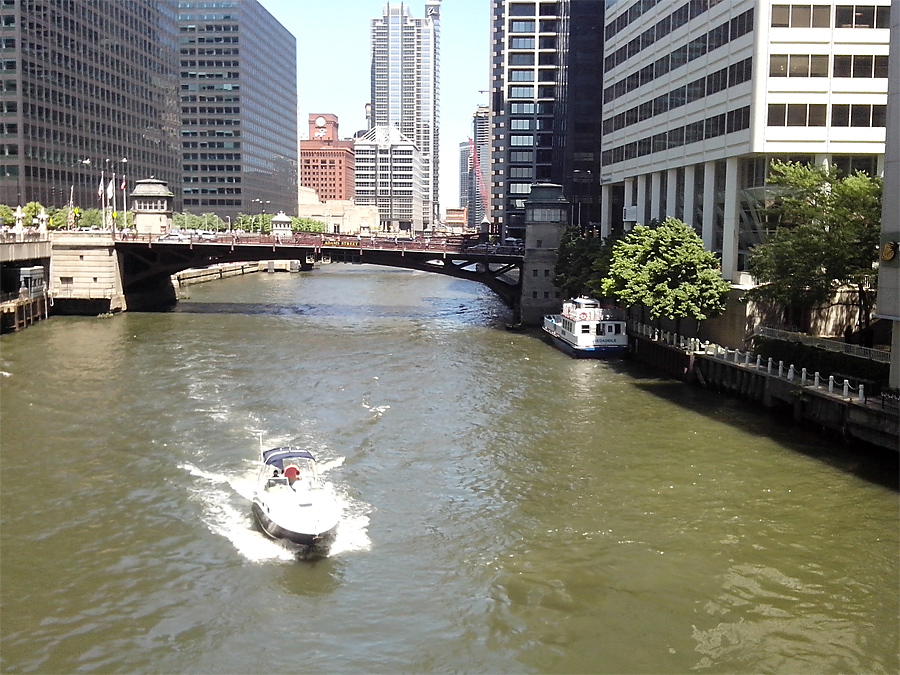 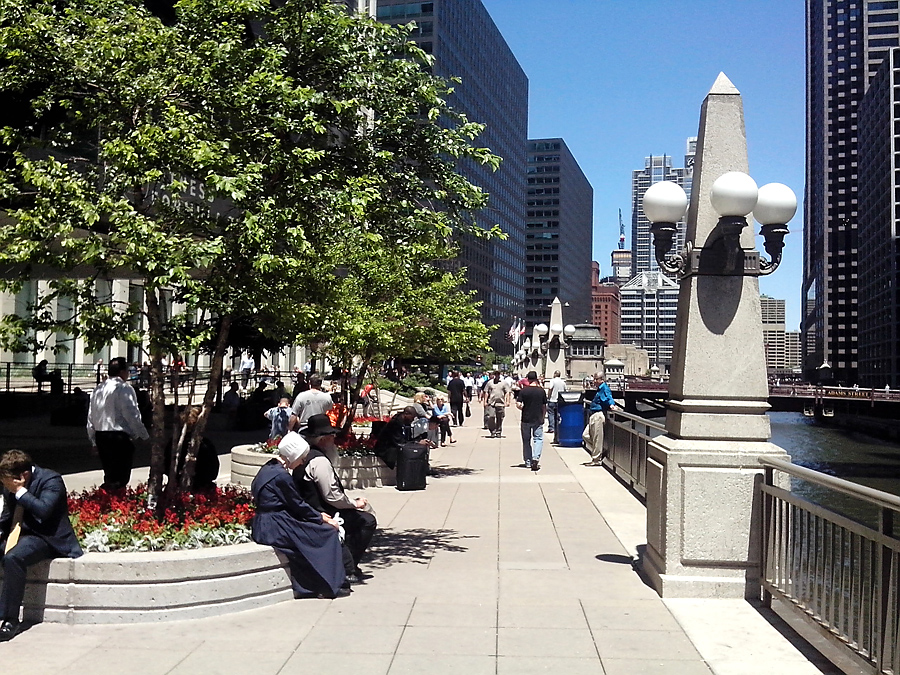 On the bank of the river

At the other end of downtown, office workers were in a park, and tourists were swarming everywhere. Chicago is popular, and I can see why. 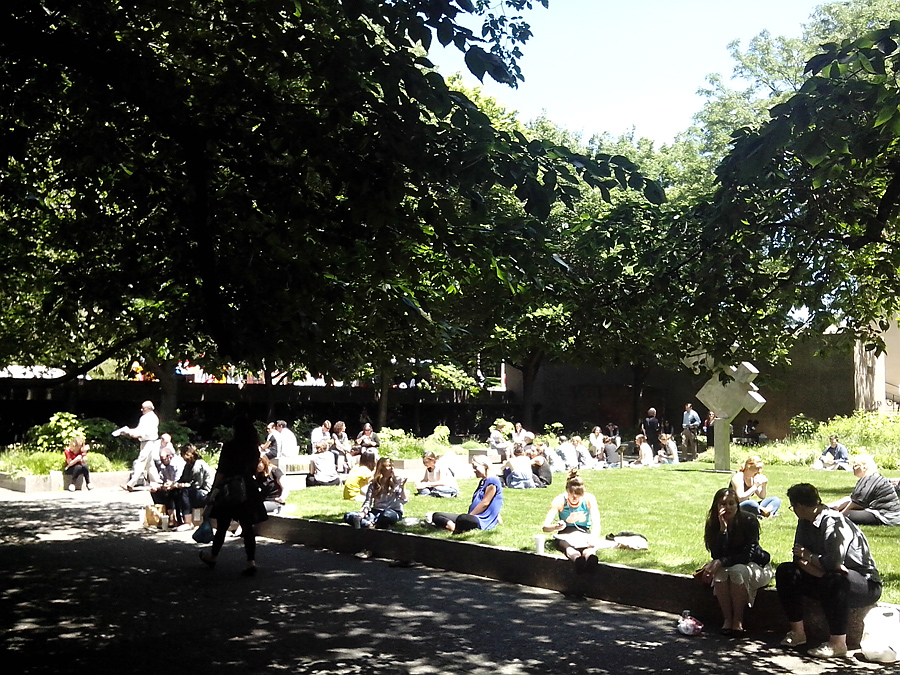 I did all this downtown stuff riding my bike in traffic. Traffic is calmer than Calgary, and there were other cyclists, including couriers, who really move. Nothing you want to do every day, but interesting as a challenge.

I parked the bike and got another picture of the Chicago Theatre sign, because I’m a sucker for these things. 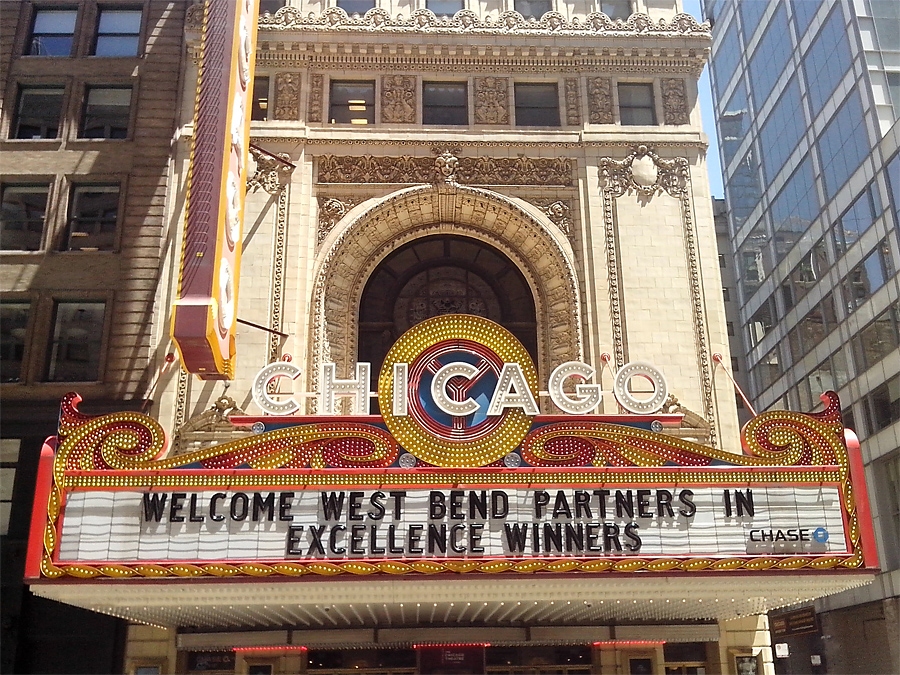 And then I found this cool commercial art exhibit, for which I am also a sucker, and I thought of Suzanne being a romance writer. 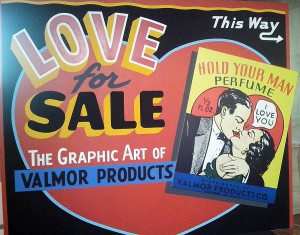 So which perfume would you bring home? My guess is it depends on which part of the story she’s at. 🙂 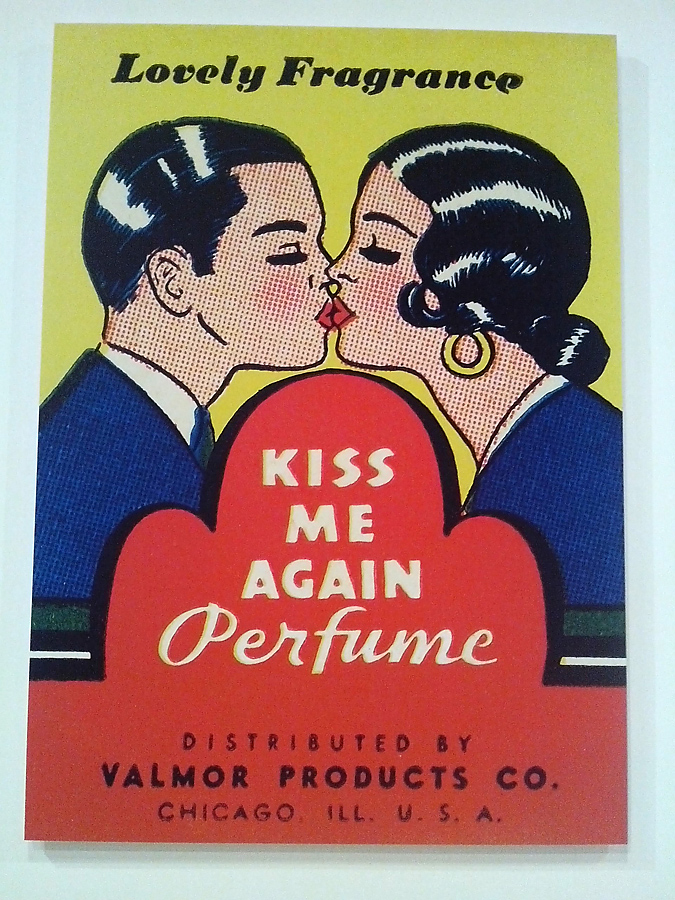 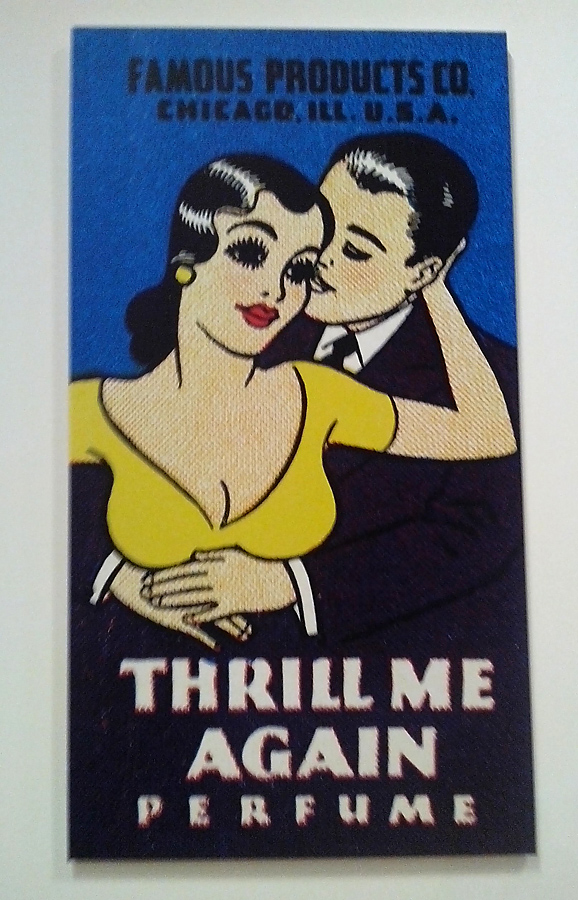 Back to Millennium Park to people watch and eat. 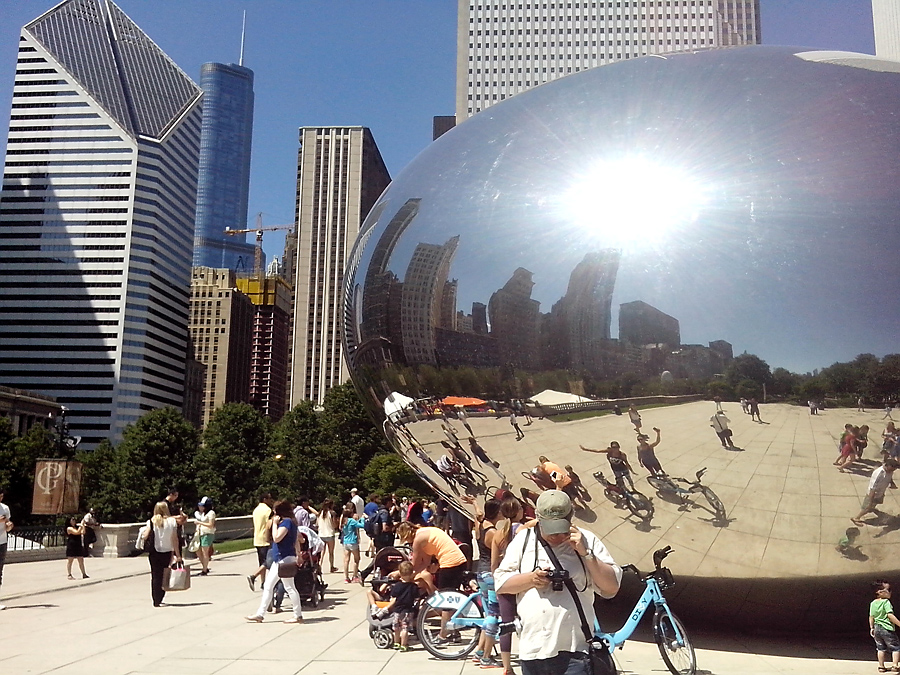 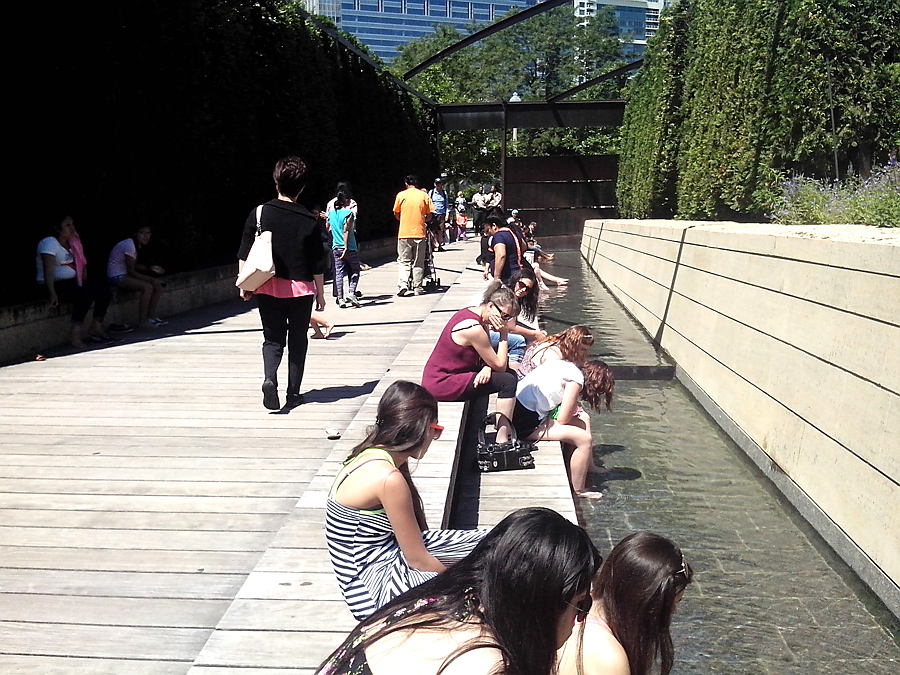 I should point out that out of some thirty days of riding on this trip, I’ve had about one day and one hour of tail wind, and the rest of the time the wind has faced me or been a cross wind. Whichever direction I travelled, the wind changed also. So it was to be expected that the north wind of this morning, and a fairly potent one at that, shifted to a south wind this afternoon, giving me the freedom of a wind-in-my-face feeling both ways. 🙂

One more look at one of the beaches. 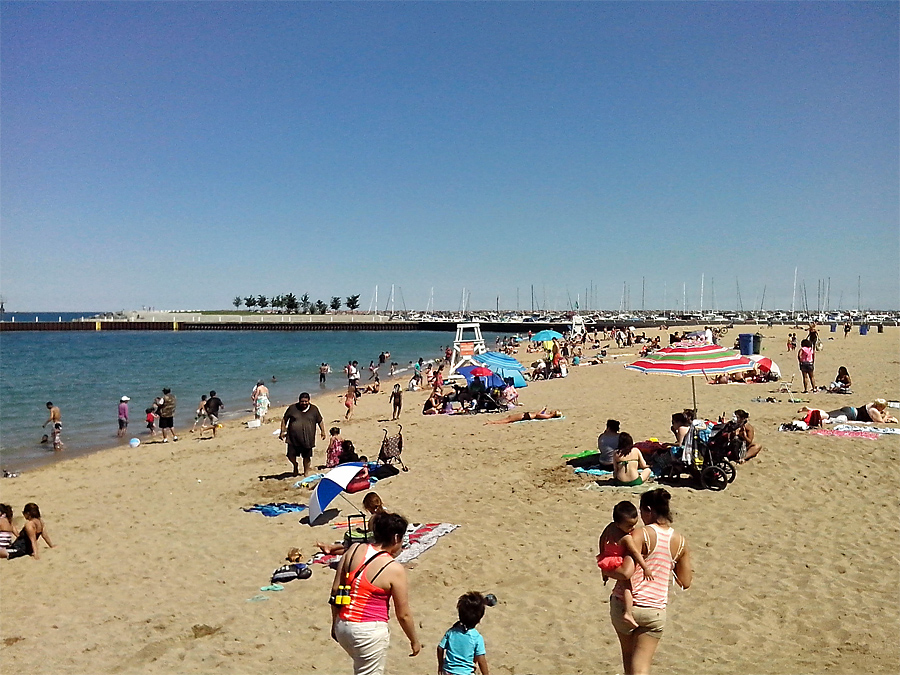 Call of the beach

And, since this is a bicycle tour, one more look at Chicago shining in the sun from the Lakefront Trail. 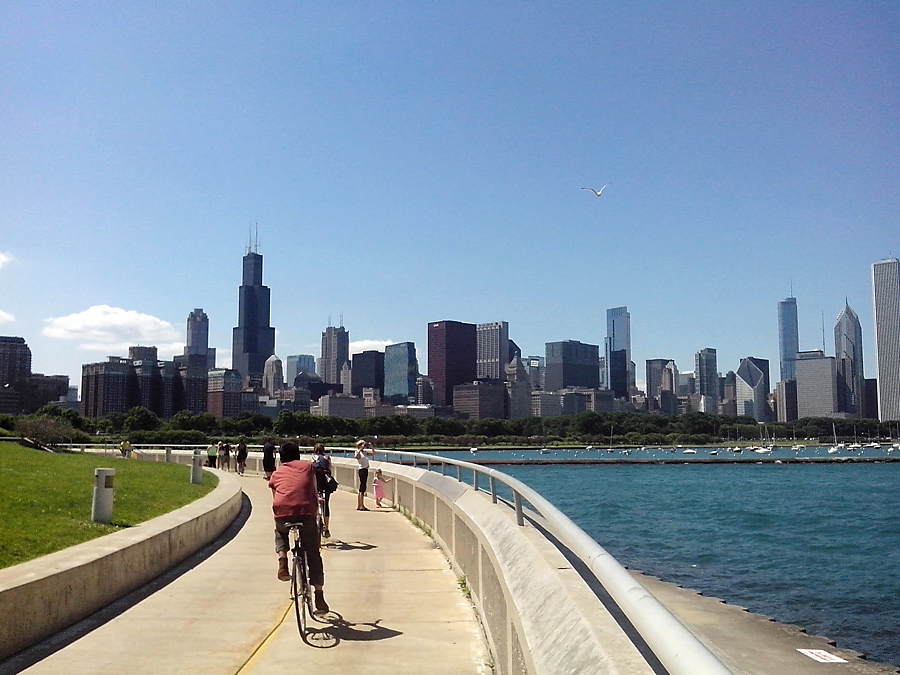