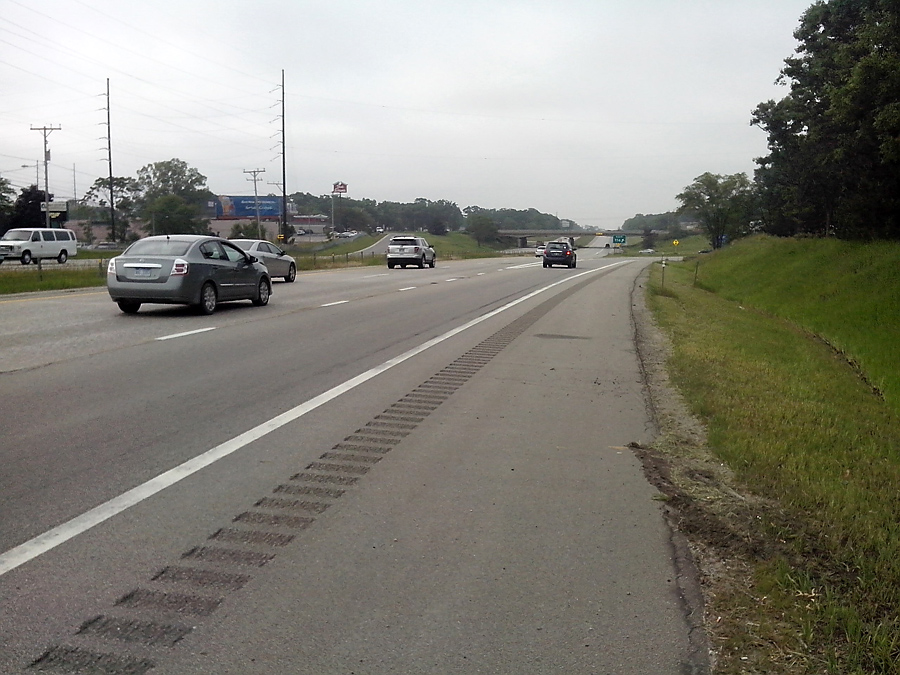 The next morning was overcast, and I decided to hit Hwy 31 for a direct route to the next town. At this point it had become a six-lane freeway, and then reduced to four-lane divided. With a ten-foot shoulder and rumble strips, I was enjoying the wide open feeling of no trees, much like the highway to Cochrane or Banff.

While I stopped to take the picture, a police officer showed up to politely point out that all limited access highways are closed to bikes.

The good news was that he understood my goal, and directed me to Old Grand Haven Road, which was also a direct route, but with little traffic. 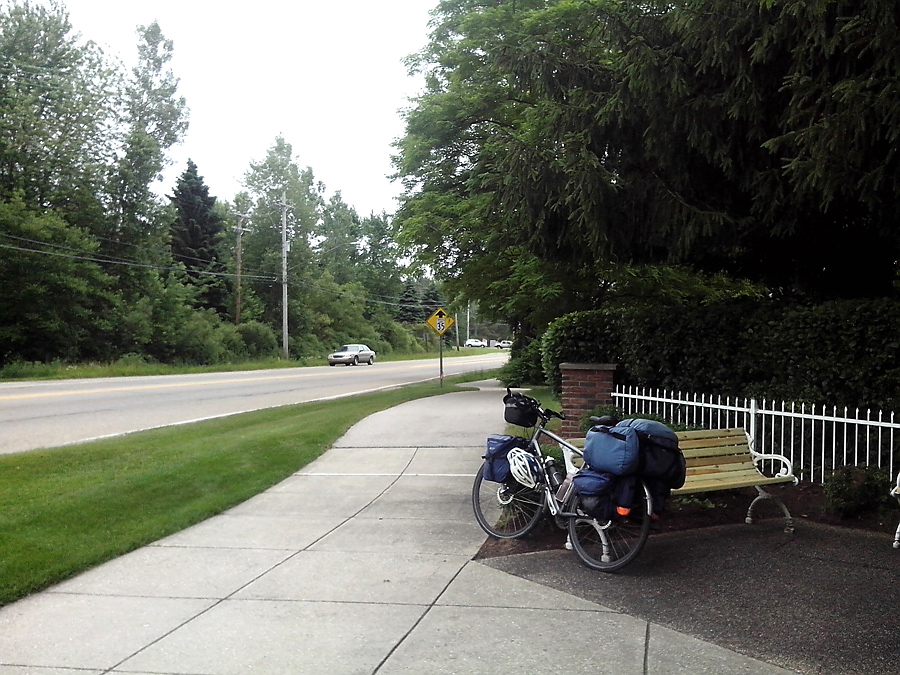 I passed a genuine drive-in theatre, and a drive-in restaurant with car hop service like when we used to cruise Whyte Ave in Edmonton and go to the A&W on Friday and Saturday nights. Once again, a fun bit of nostalgia. 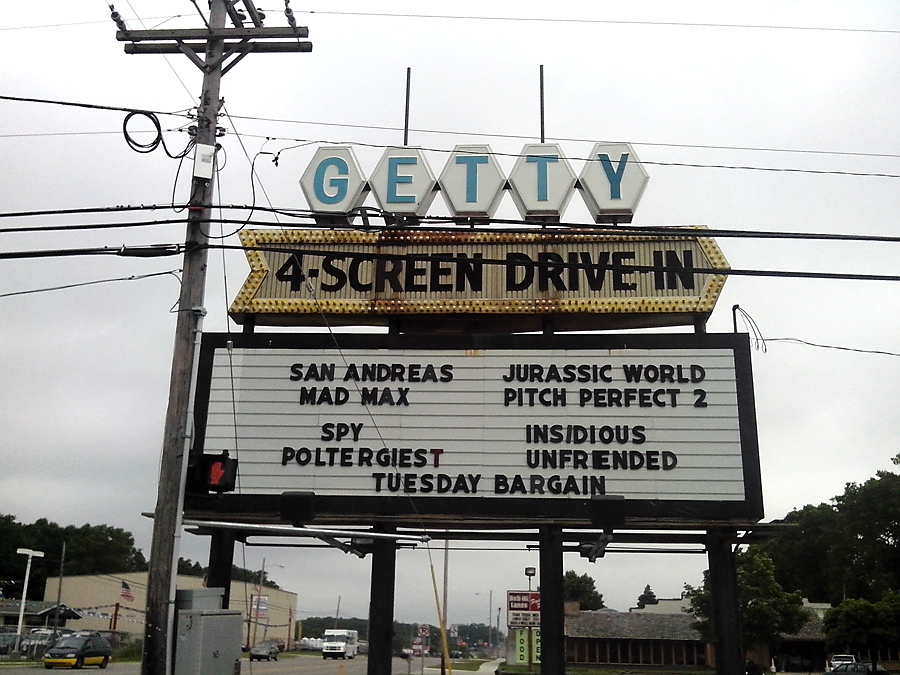 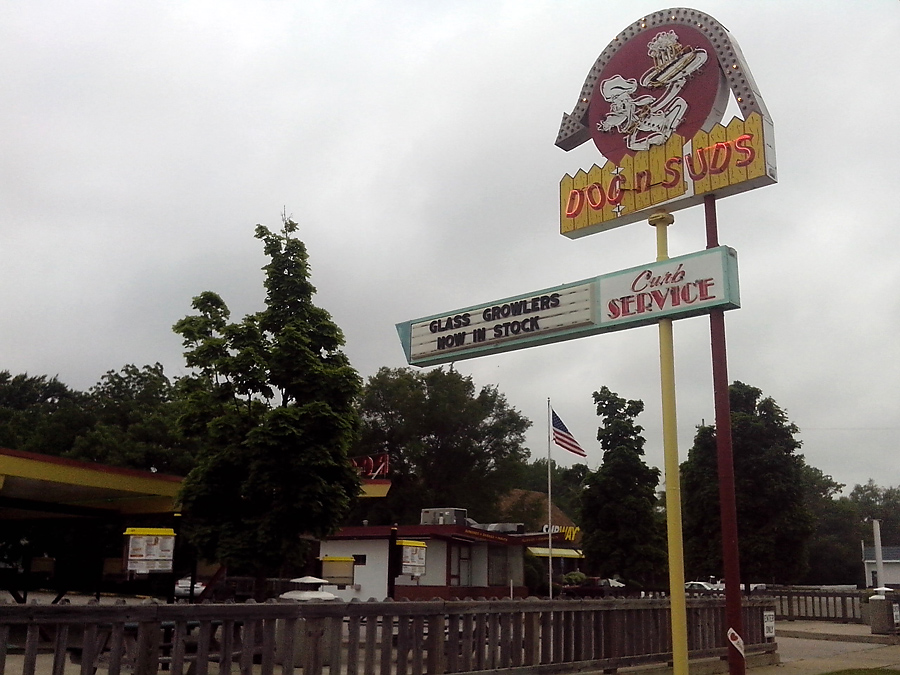 Eventually the road got a bike path, and I must say that I have gotten used to paths and back roads, and riding with traffic seems foreign and barbaric now.

By noon, fog had rolled in. 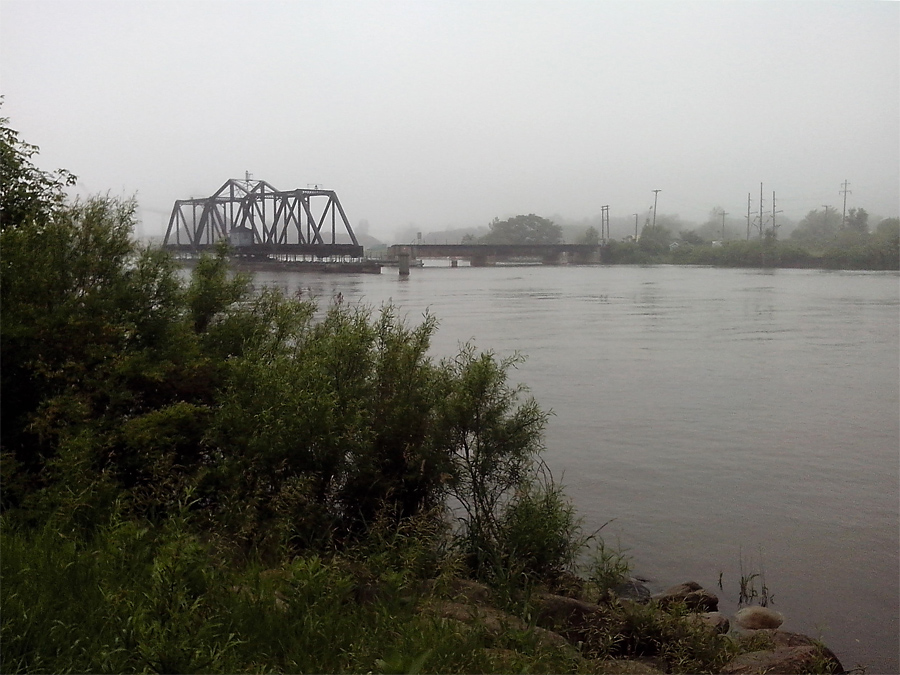 Which made more pictures pointless. 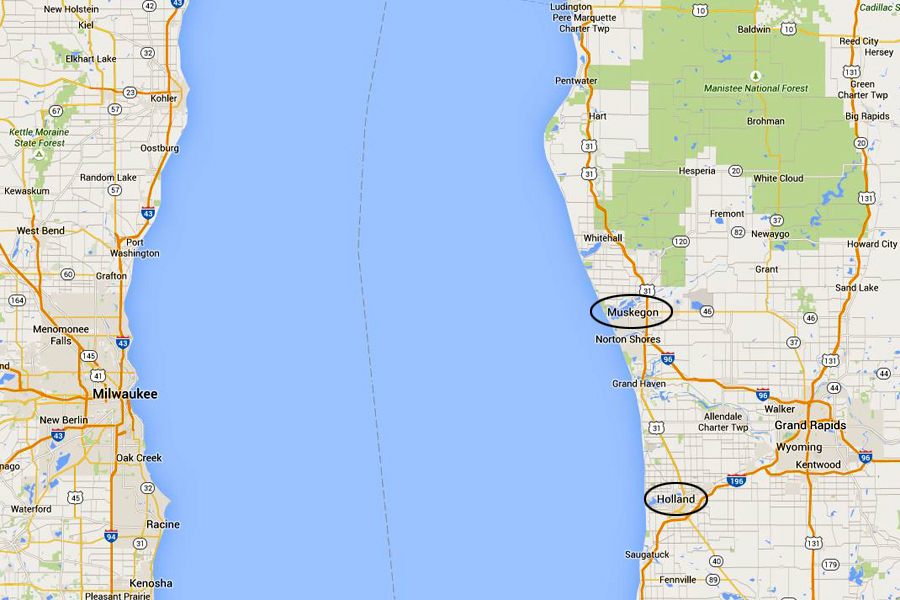