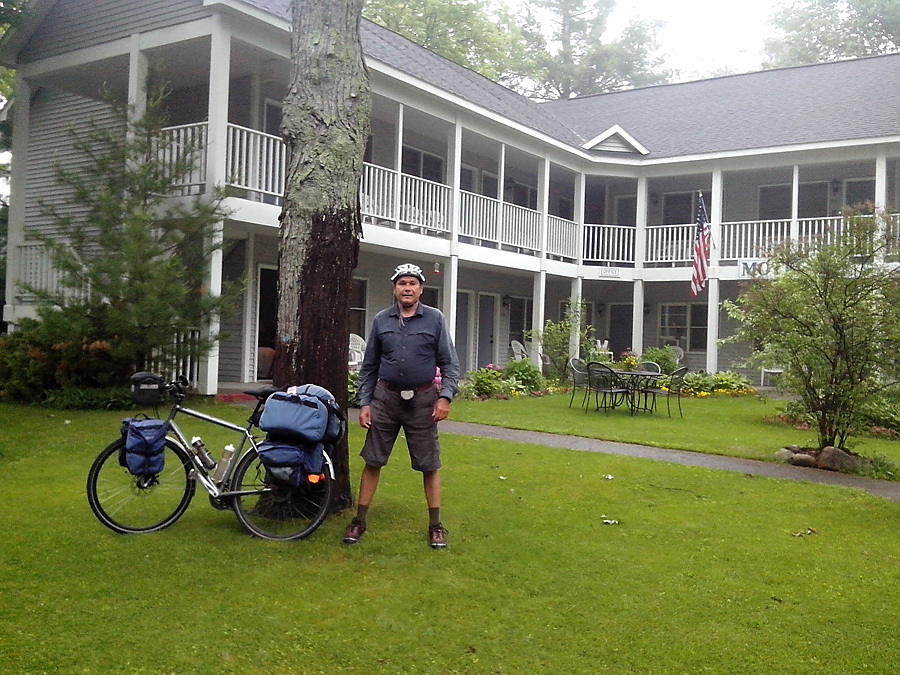 I’m sitting in the Big Apple bar in Arcadia, a town of maybe 16 blocks of houses in the usual grid, beside the lake. It opened two weeks ago by a 63-year-old retired guy. His son and an older gentleman are jamming acoustic guitar. Nice.

Morning dawned with fog, after overnight rain, so the motel turned out to be a good thing. Smelled fresh, and felt good outside. 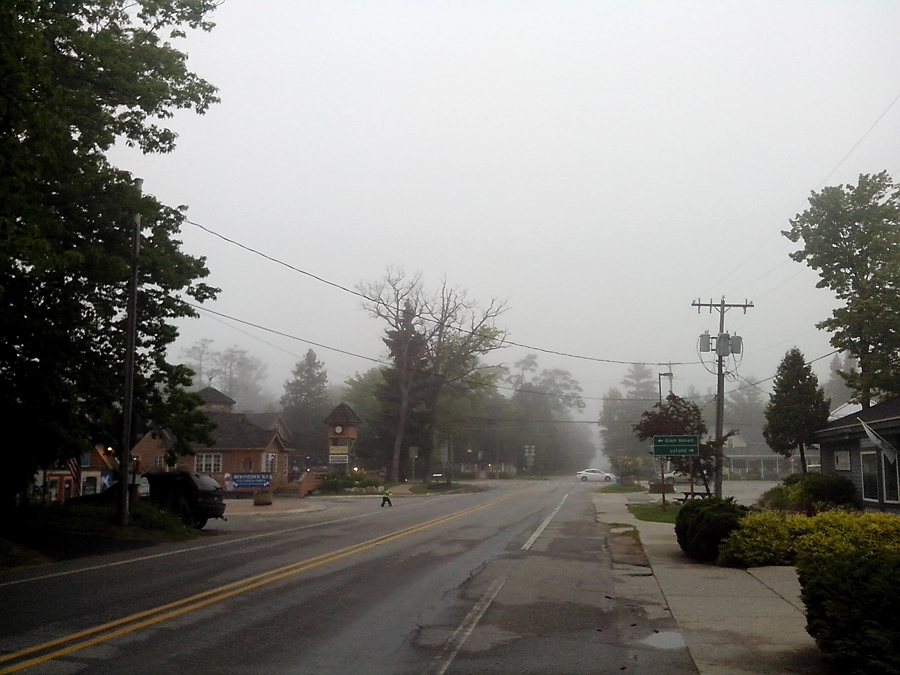 The 8 galleries, 33 retail stores, and 7 of the 8 restaurants were not yet open to take your money. But the signs were ready. 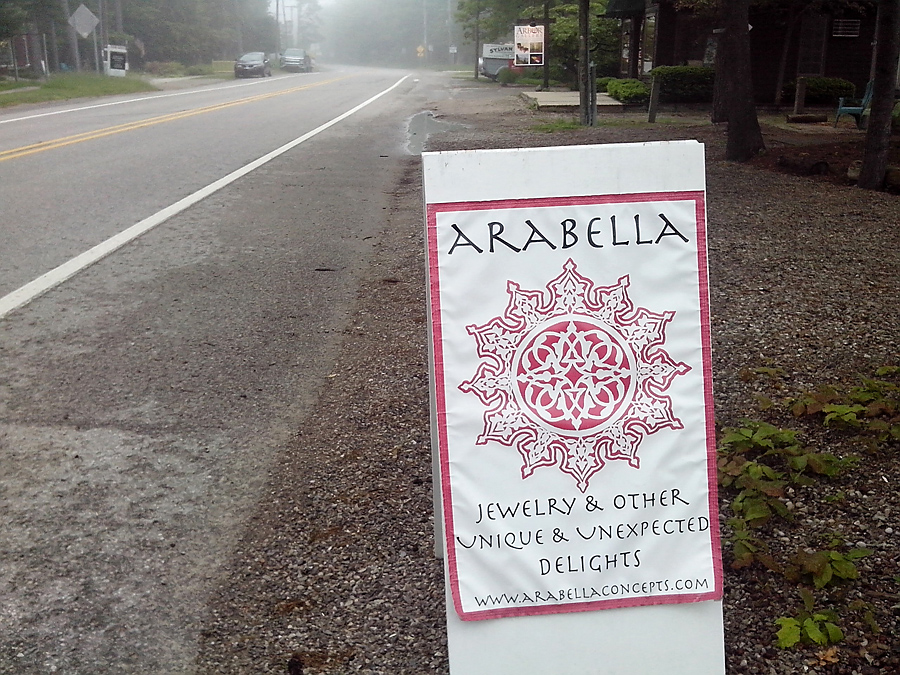 Being a cyclist, I turn to the road for my unique delights.

Got on the Heritage Trail, which runs along the shoreline park. In the fog and early morning, all was silent, except for the birds and the sound of my tires. Deep silence. Awesome. I extended my photo stops to soak it up. 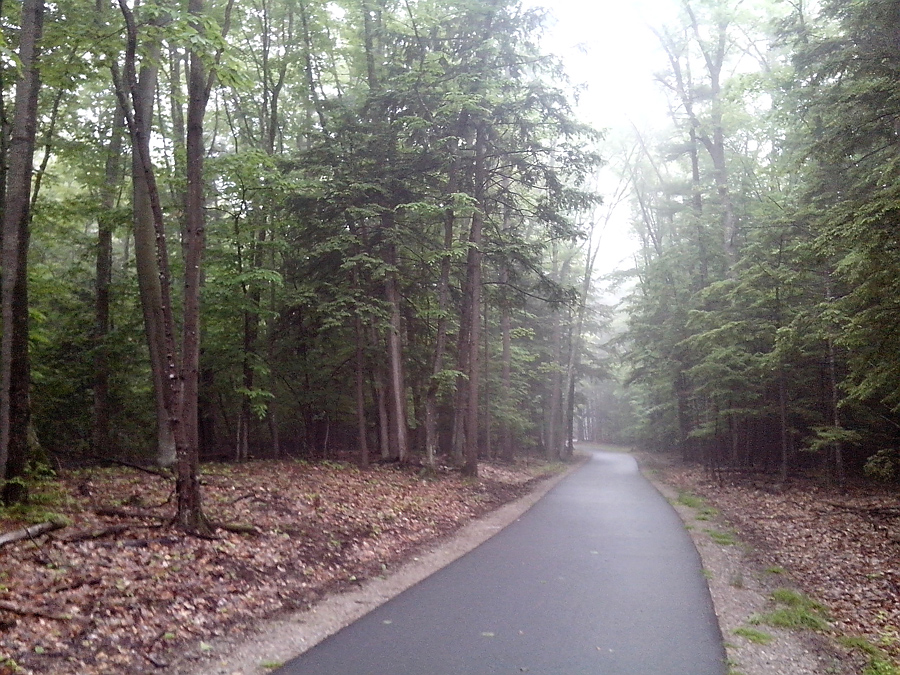 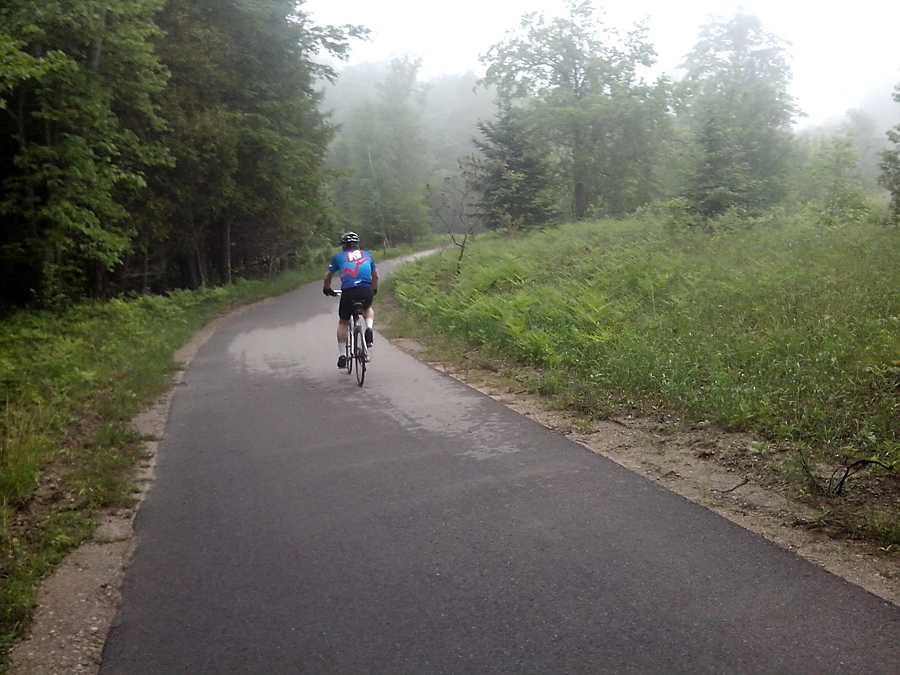 There were some other cyclists and walkers. Two women rode toward me and passed into the fog behind. I heard “Wow” and “Wow”. Exactly right. I’ve had a lot of mornings on this ride, and this one was outstanding. 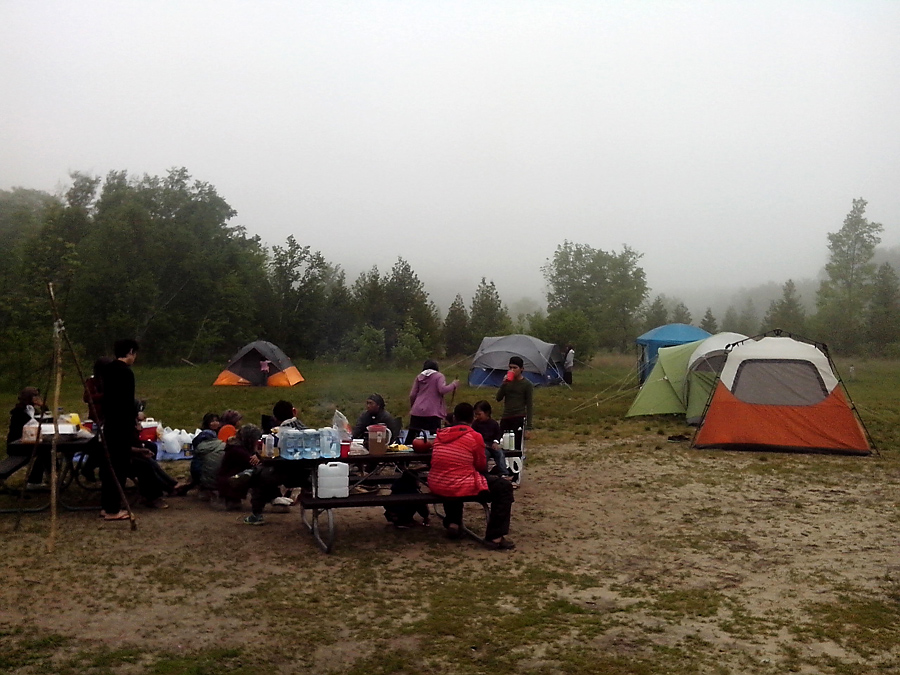 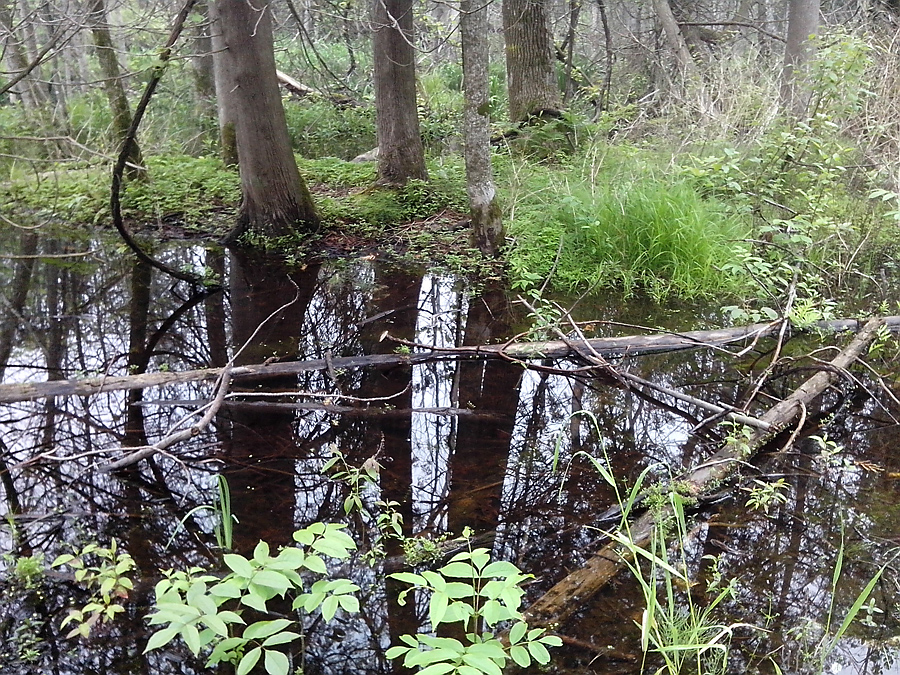 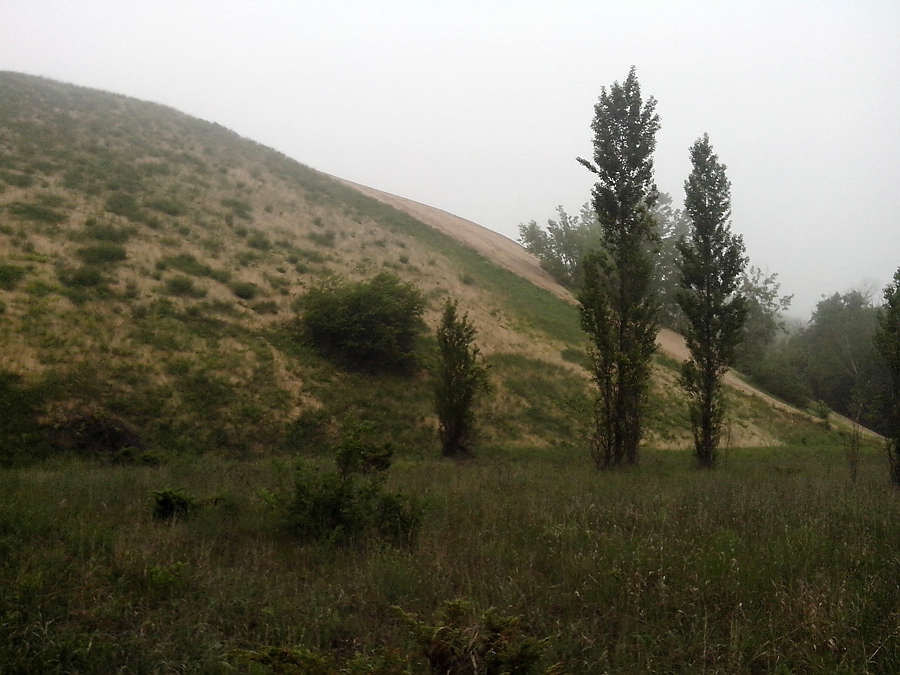 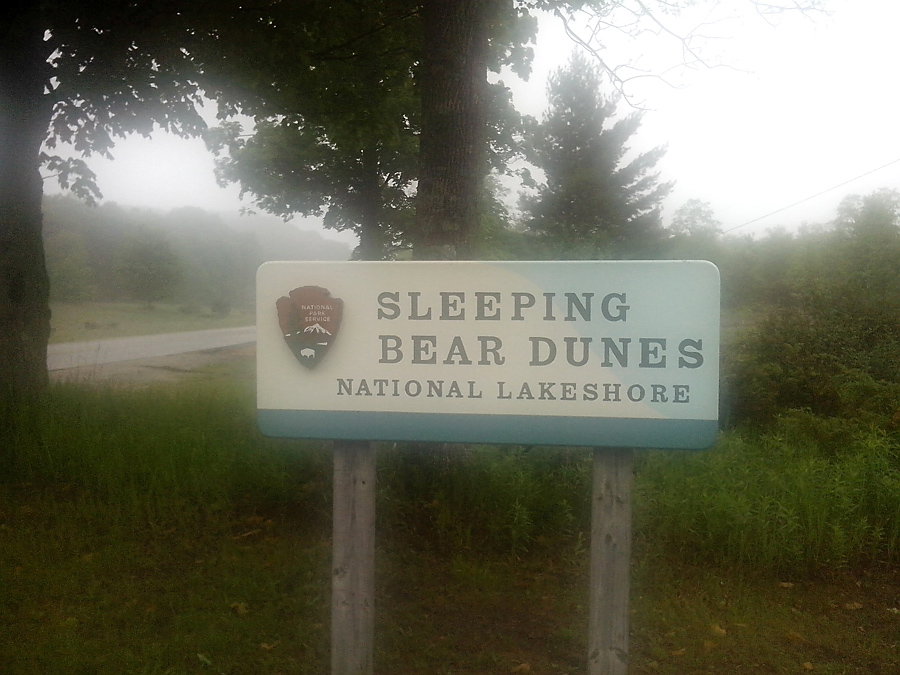 I got on Hwy 22, and had fog and overcast all day. Very quiet riding. Had my first ice cream of the trip at the Platte River, which has a big canoe and kayak rental place. 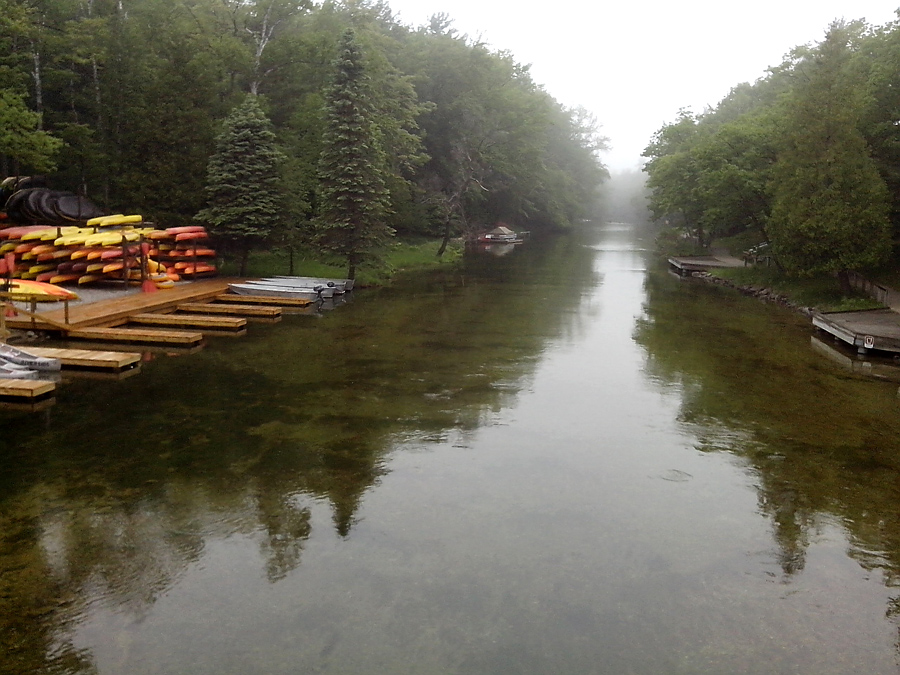 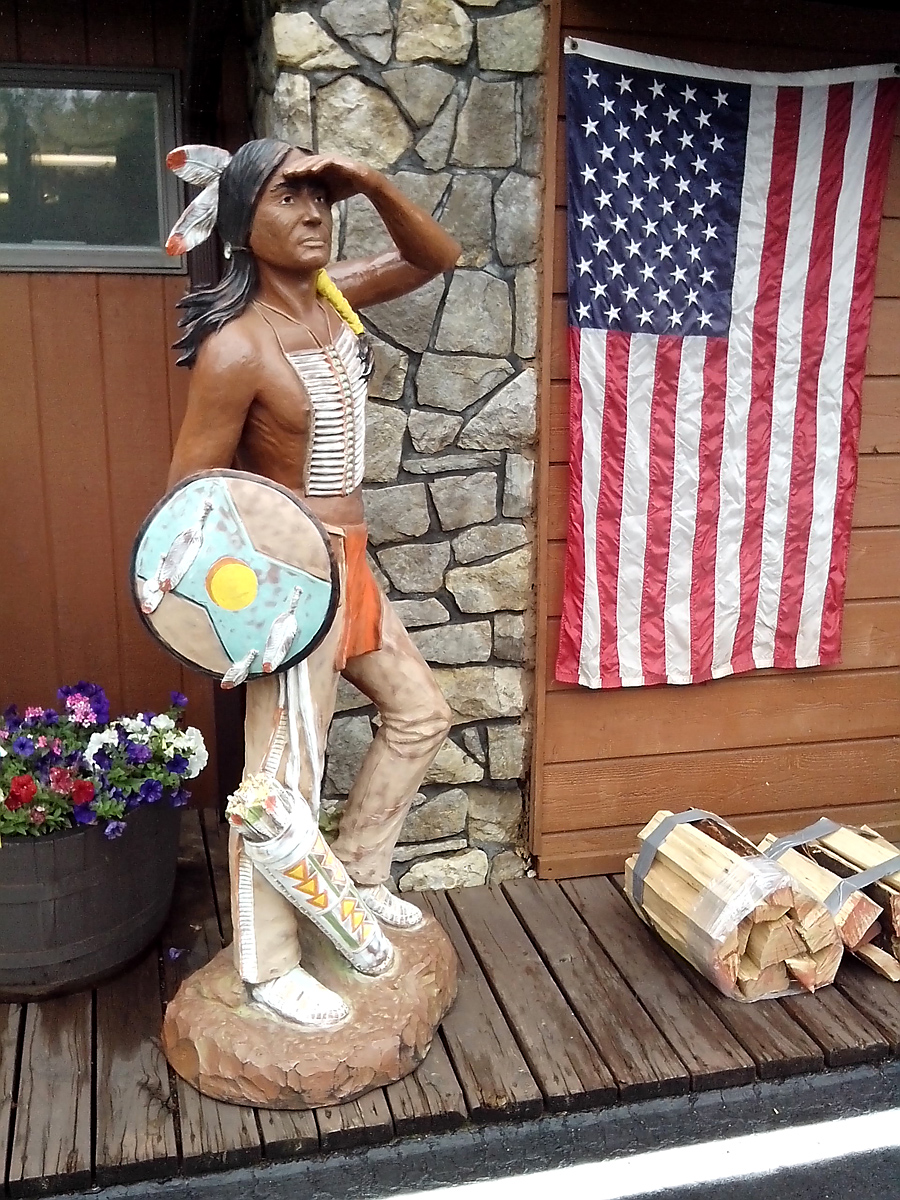 I’ve been slowly getting tired, probably because I haven’t taken two rest days in a row. I want to travel when the travelling is good, as you never know about wind and weather.

And it’s addicting to move on each day. I reach a place and am glad to be done for the day. Next morning, I want to move on.

So I’m moving at a steady easy pace, legs tired, wondering how to handle the Three Sisters, which are three hills notorious to cyclists in these parts. I expect them tomorrow.

I hit a walking hill. Then I hit this steep long mother of a hill. I switch to my usual walk and take it easy mode, enjoy the zoom on the other side.

I’m expecting Arcadia, and instead I get another, bigger, longer hill. I’m tired, but I’m in the zone by now, so up I go, pissed off at Bob for not mentioning these extra hills. Gotta project the hate somewhere, you know?

I eat at the top and begin a glorious descent.

That’s two hills like the Cochrane hill, maybe higher. I pull in to a scenic view point to find a church group with 22 kids and 10 adults, all touring by bike for a week.

I discover that I’ve done two of the Three Sisters, so I’m fine for tomorrow.

No glorious view, which I’m assured exists, because fog is fog, no matter how high you are. 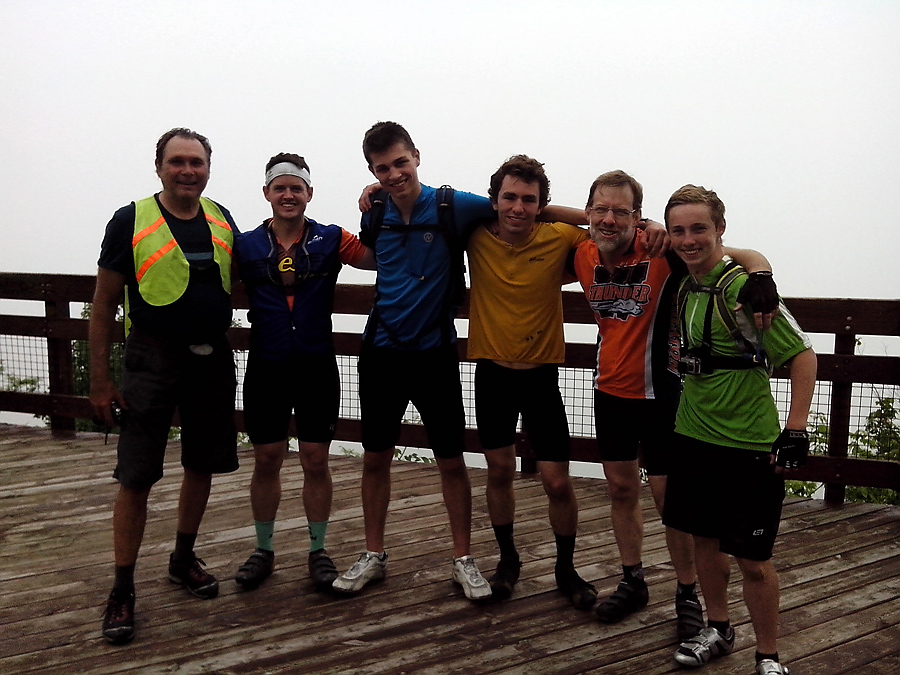 My tent has found safe harbor beside the harbor, for only $10. 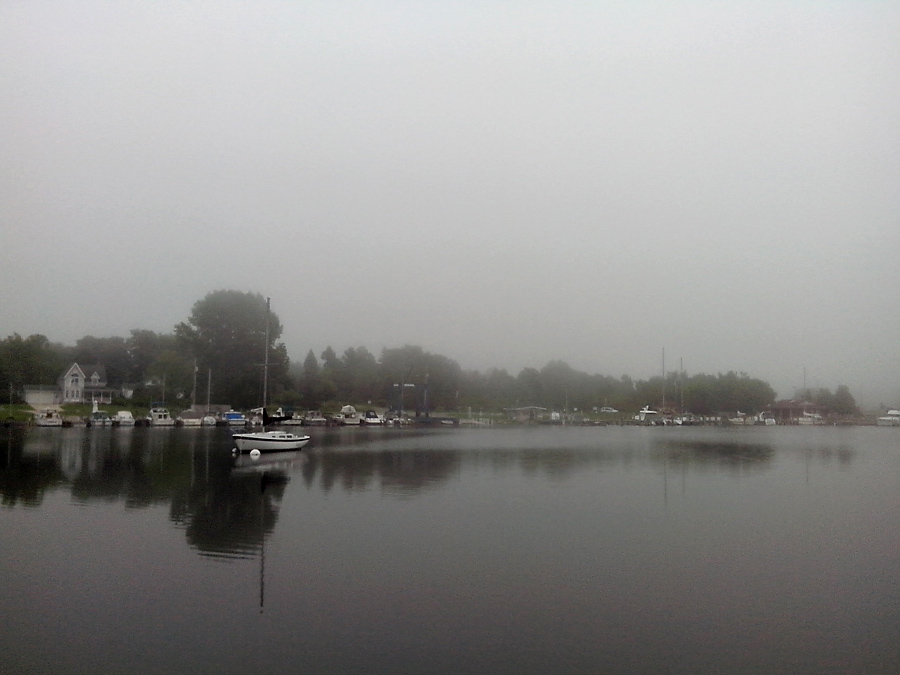 Arcadia harbor in the fog

And I just got to sing House of the Rising Sun with these guys. 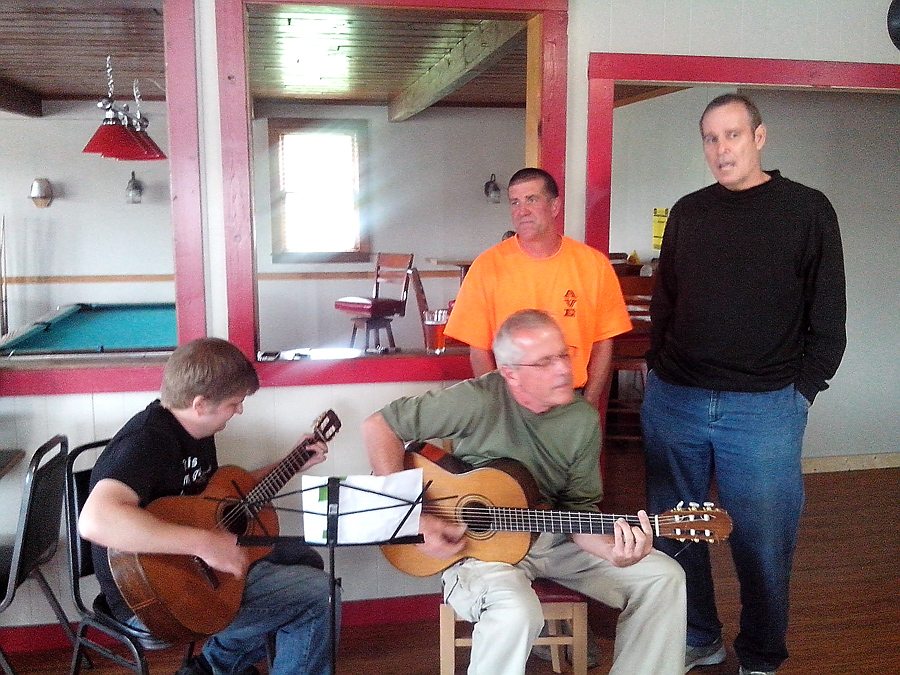 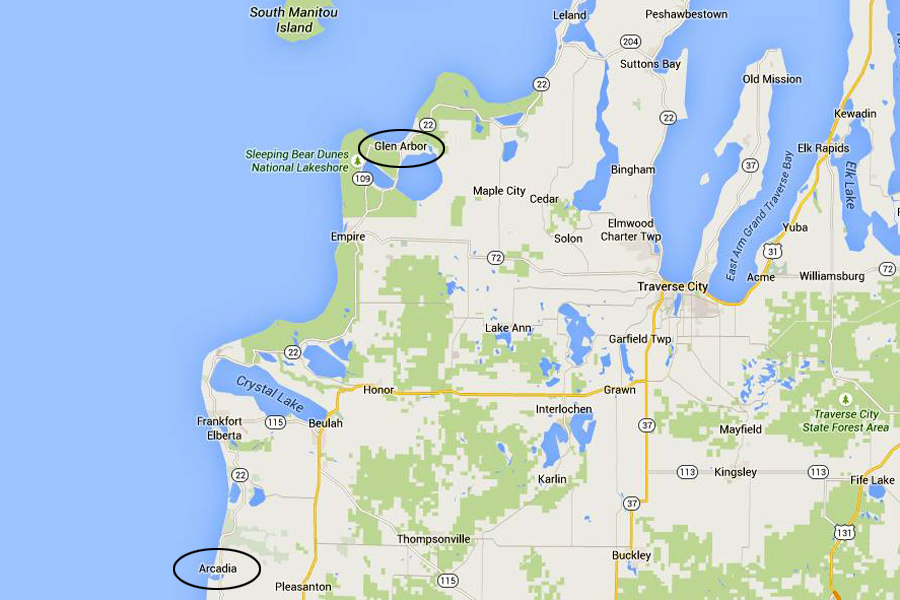