I own and enjoy the movie musical The Music Man, set in Gary, Indiana. It’s at the south end of Lake Michigan, and is an old steel town that is rough and not to be trifled with by strangers, I’m told.

What surprised others who have ridden in this area, is how pleasant the riding is, mainly because the bike routes bypass Gary to the south. So we will start with a romanticized old poster from the thirties. 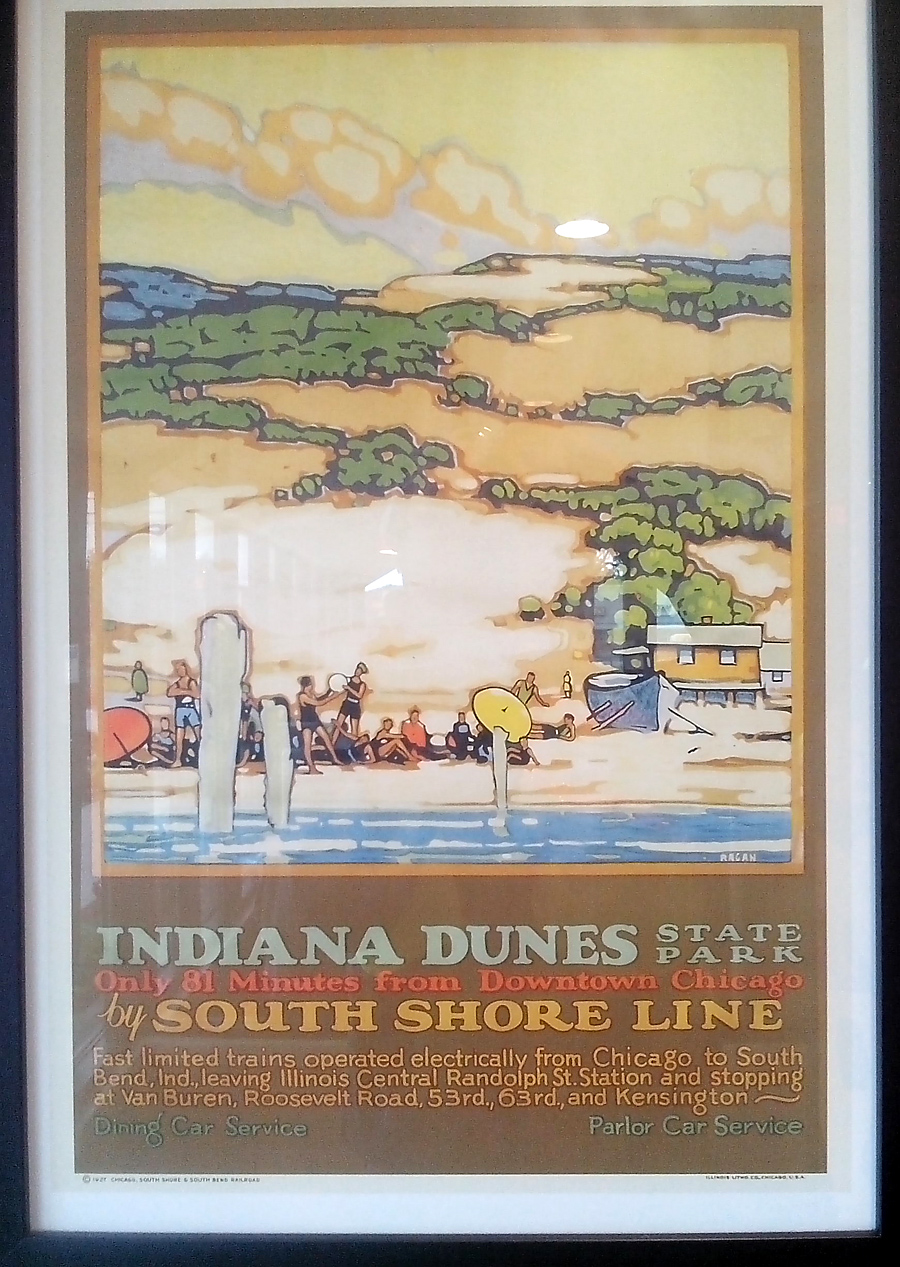 Within a couple of miles of the motel, I got on the Prairie Duneland Trail. 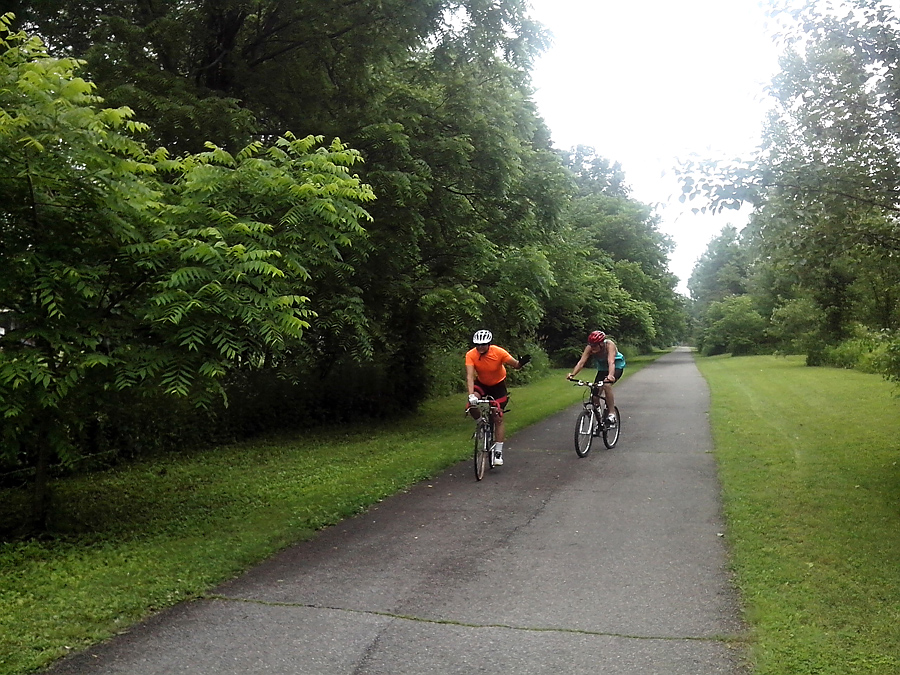 That hooked up with the Oak Savannah Trail. 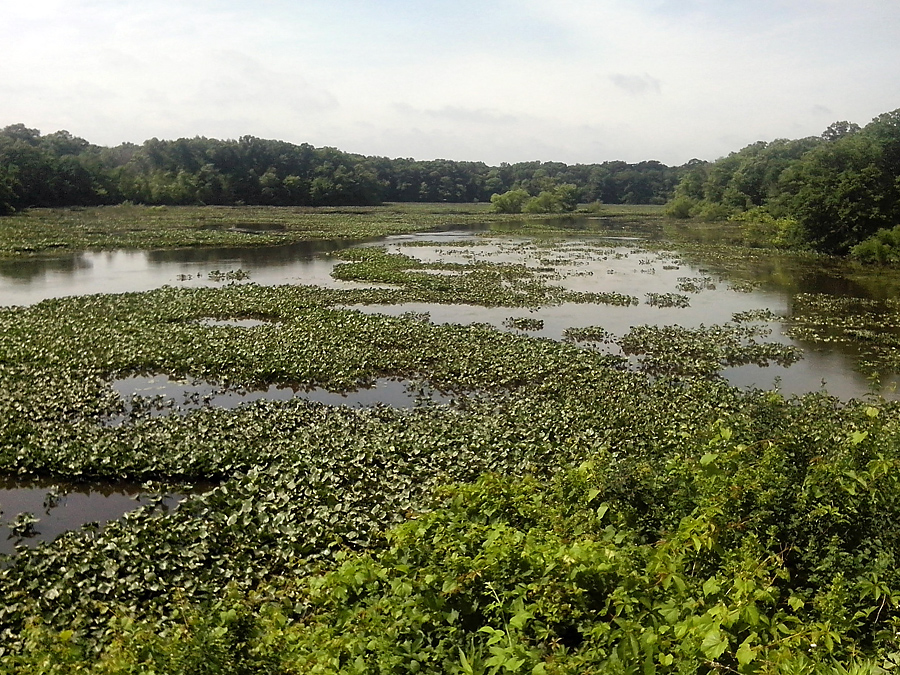 This led to the Erie Lackawanna Trail, which ends in a well maintained neighborhood of small brick houses, near an industrial area. 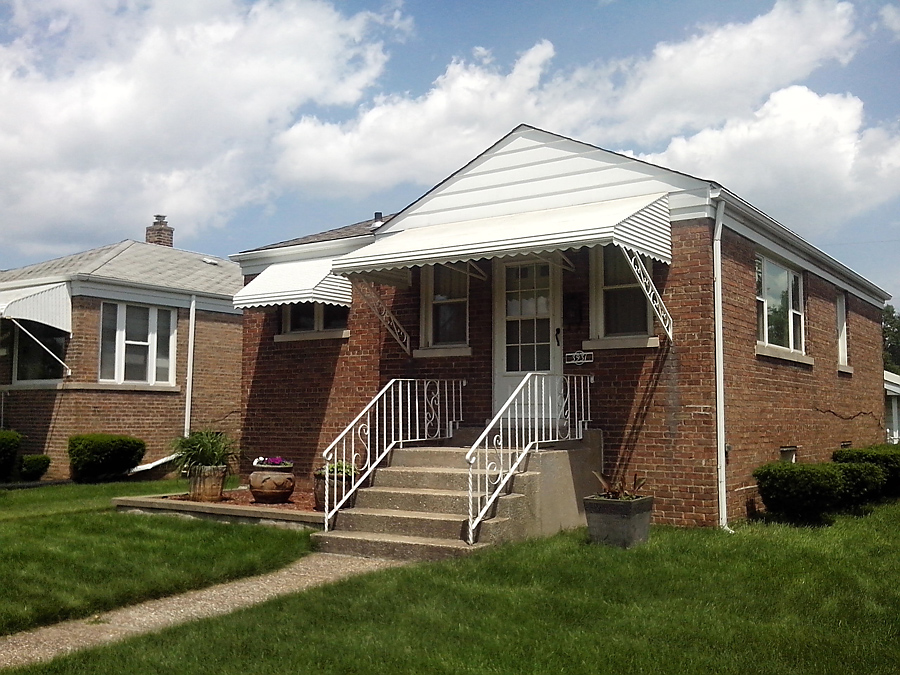 Then I picked up the Burnham Greenway Trail into Chicago, for a total of around 45 miles of trail riding. 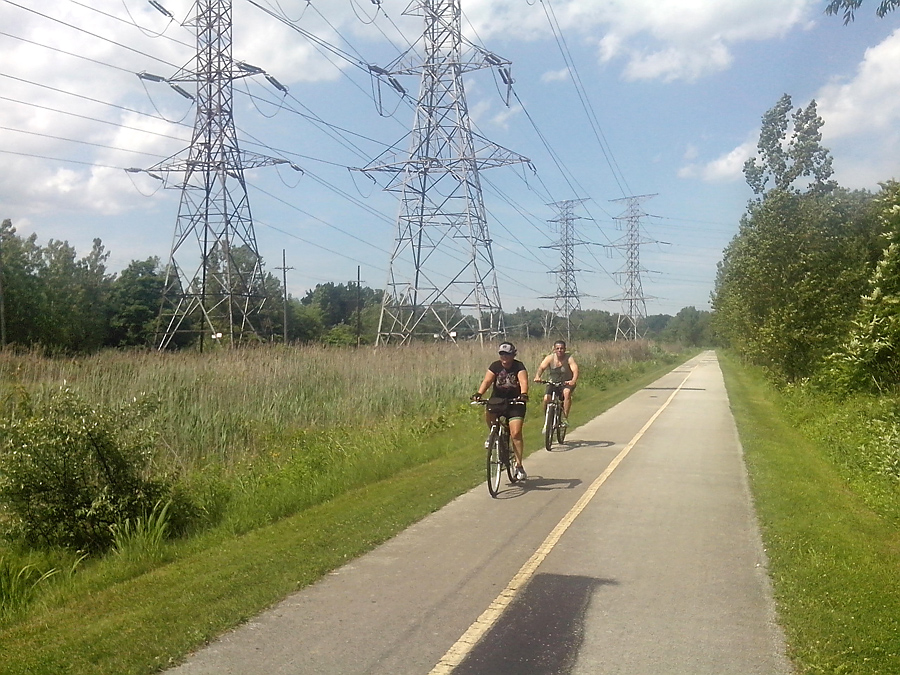 This led to a bit of road riding where you kinda knew the countryside was past. 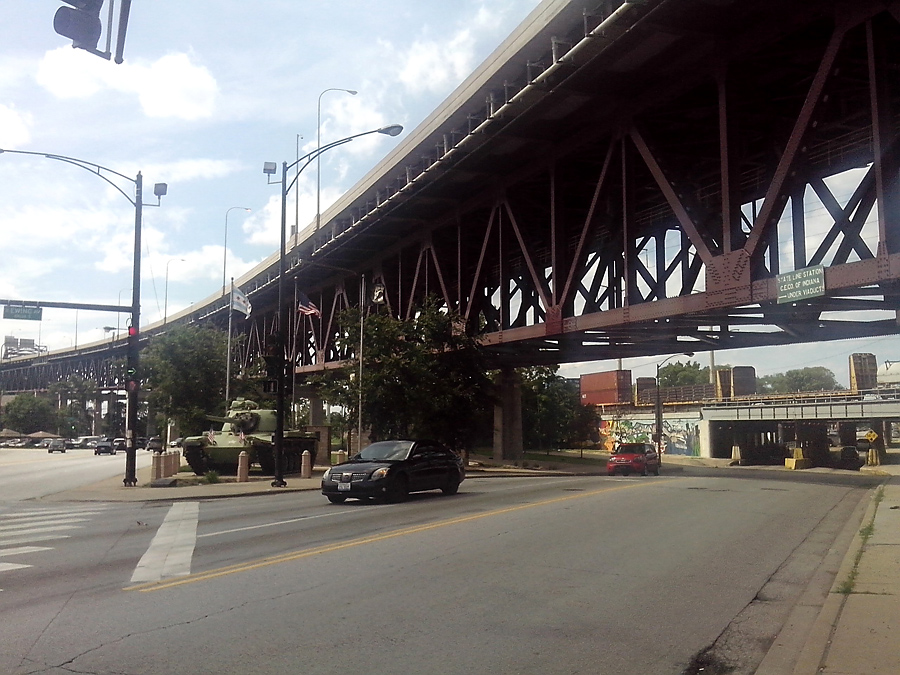 The LMT circles Calumet Park, which was full of Spanish speaking people. I bought a strawberry snow cone here, with no picture of it, because I was busy drinking it in the heat. 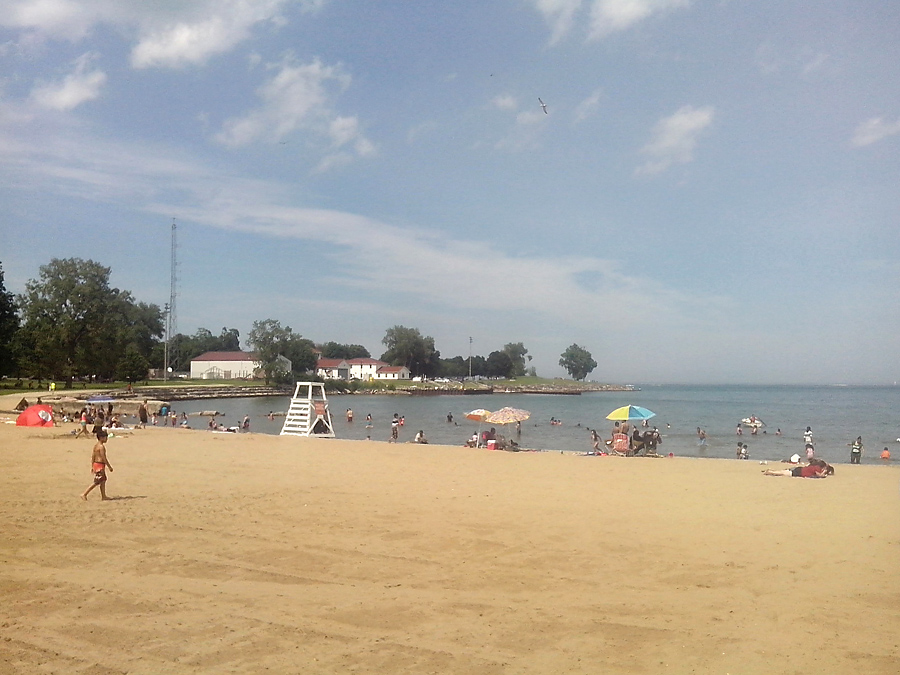 A group of four high school buddies, who just finished college, caught up to me and we talked and rode together for a bit. They are going coast to coast, into their fourth week, on a budget that has them stealth camping for free mostly. In the flat areas I’ve been through, they have covered 50 – 100 miles per day. Shows you the power of youth. 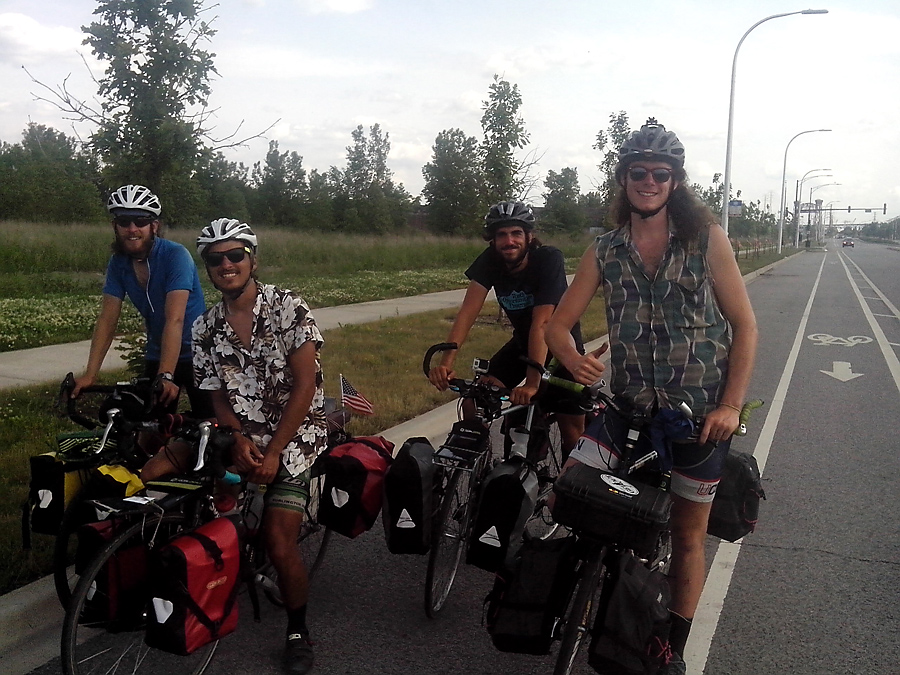 We got on the Chicago Lakefront Trail, and I knew I’d come full circle.
Ta Da! Goal accomplished. 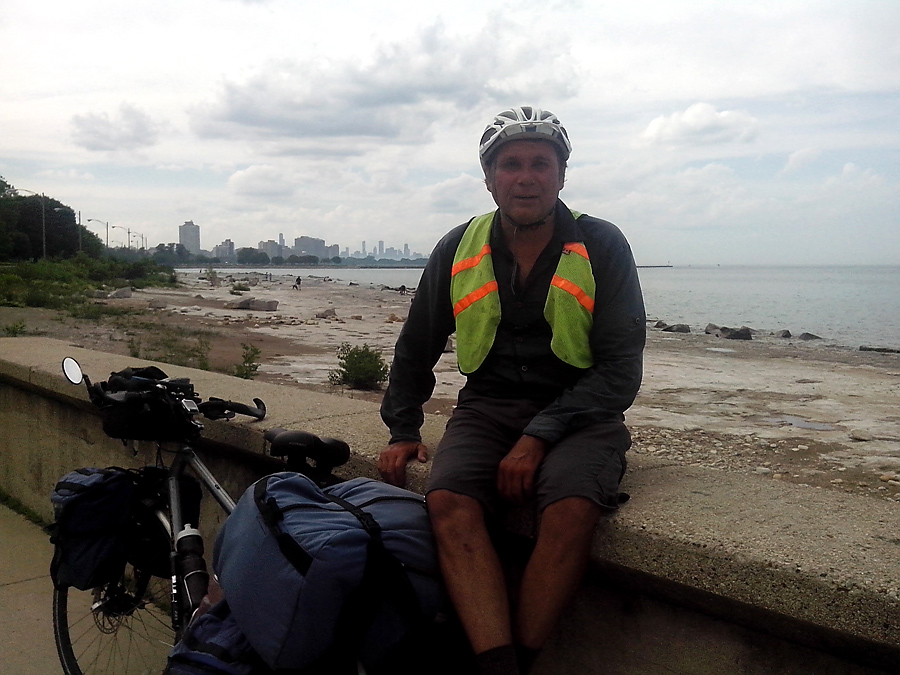 In sight of Chicago downtown

It was grey out, but 29 C, and the parks were loaded with people.

I slowed up some and cruised Jackson Park, which is part of the South Side I think, and this is an African American neighborhood from early on. In fact, President Obama’s house is within a mile or so of my hotel.

I heard Drumming, and found this group jamming in the park. 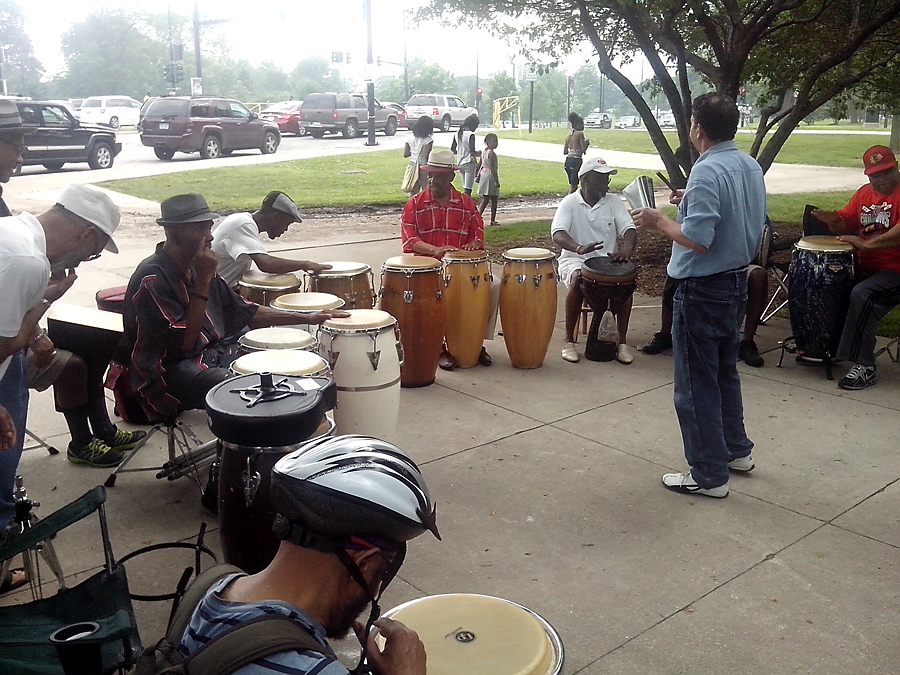 One of the ladies invited me stay and hear them join in, but by then I was seeking my home for the night.

I’ve ridden 300 miles in the last five days, and I’m going to be slothful and become a tourist now. 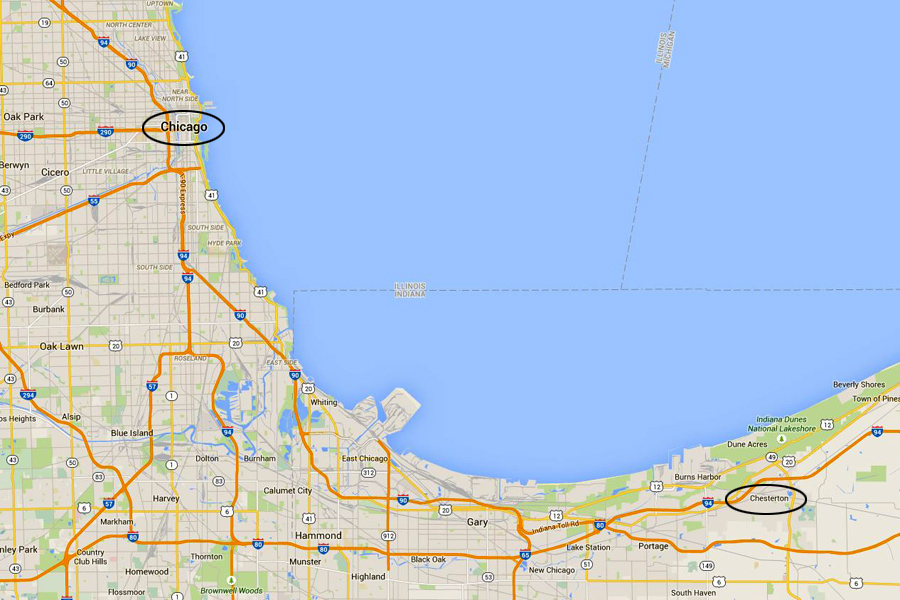