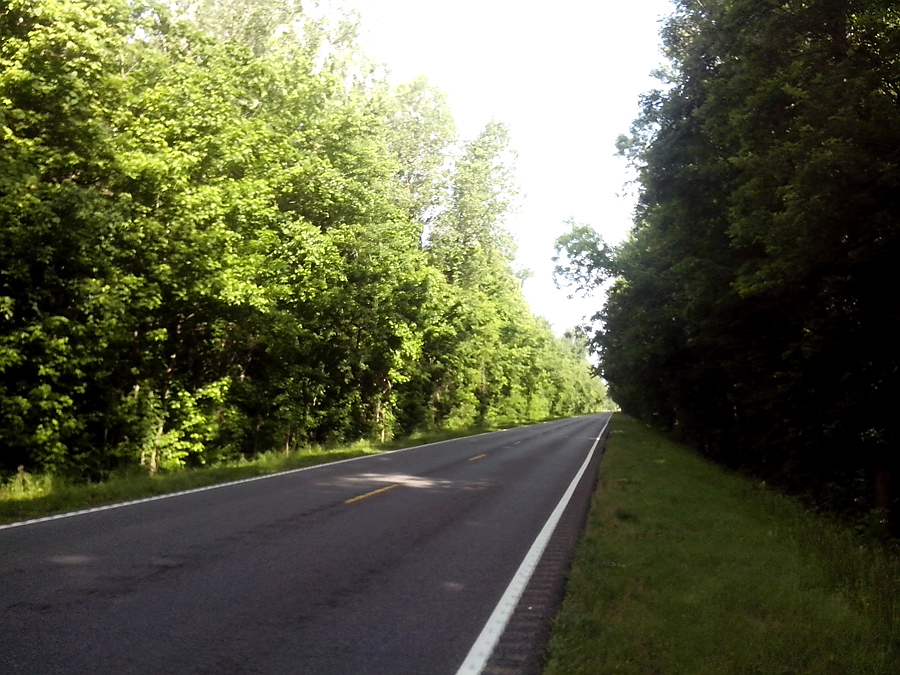 It was 69 miles to the Trail of Tears State Park. After the 80-mile-ride two days ago, I slept little and had a tiring next day. Then I slept great in Columbia State Park, but felt slow and stiff in the morning. My solution is to go slow with no pressure, and walk all but the easiest hills. There were small hills in a long string. Sand dunes from an ancient desert. Amusing for about three hills. After one and a half hours, I was warmed up and the day went well.

Earlier in the trip, I had a stiff back and joints, and had a hard time moving after stopping, hobbling like an old guy looking for his cane. Now I feel limber again. Also, my legs burn after stopping. All part of the ride. 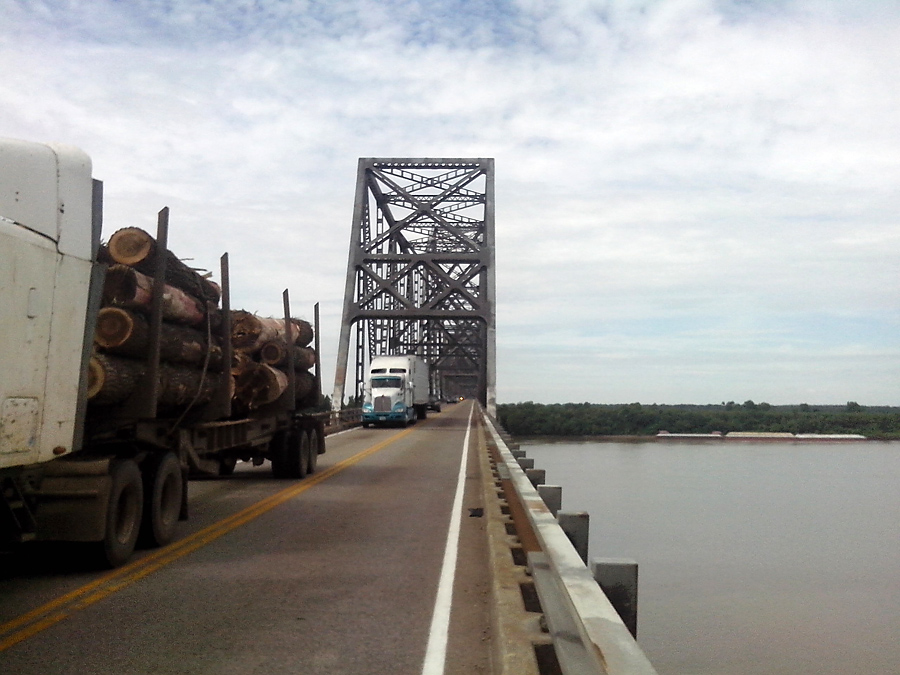 We rolled over the Ohio River into Illinois. That was a high point. One day at a time, the ride is rolling on.

A Jonesboro police officer chatted with Carrie and then he found me and let me know where she was. Last year he bought a bike and gear, and discovered that he could not do a trip like this. Too many days of riding.

Later, the game warden found us a convenient campsite in an isolated spot, for the first night of no lights, starry sky and fireflies. Had the entire area to ourselves. 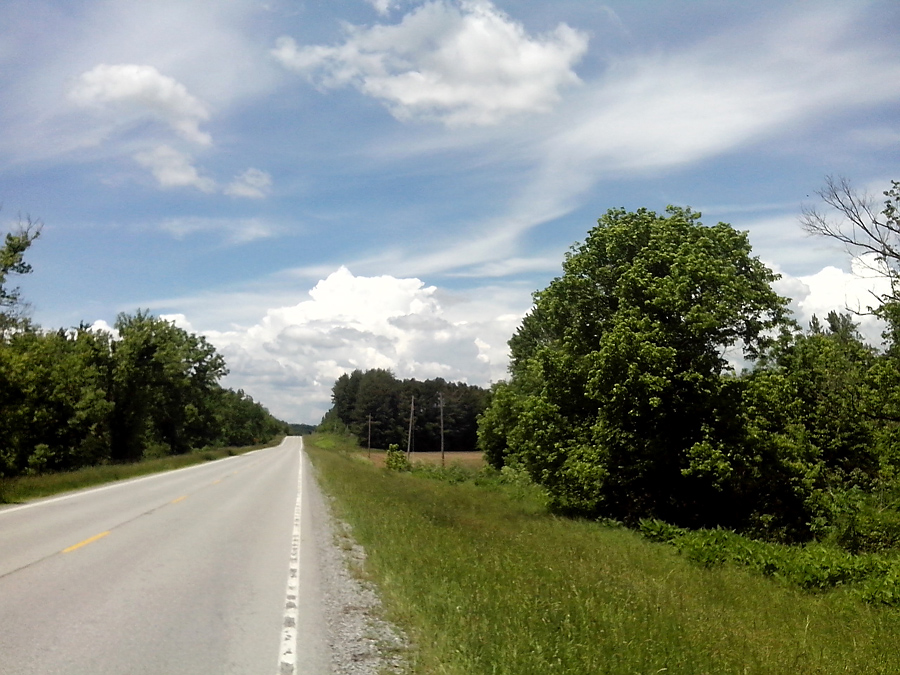 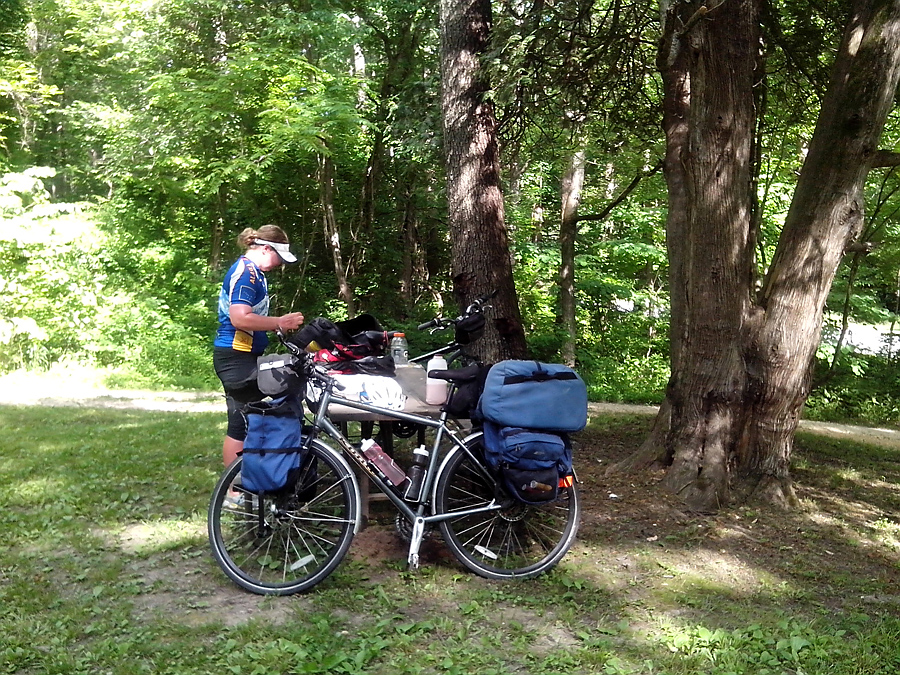 We manage to get up and onto the road before seven o’clock each morning.

When you’re hot, the trip is not
Rain
long distance, self-supported bicycle trips