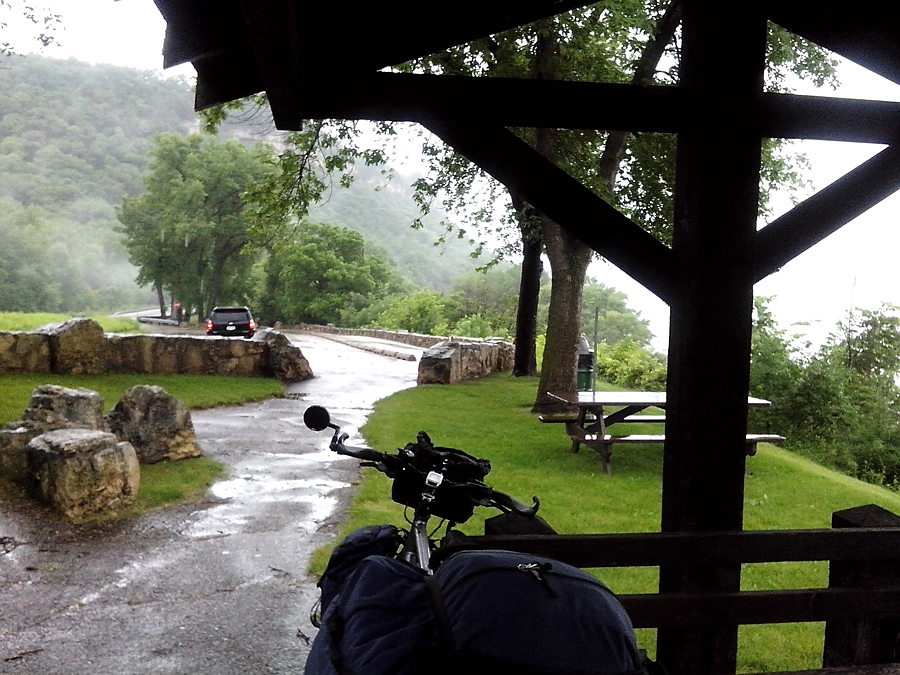 On June 18 to Prescott, and June 19 to Minneapolis, it rained at night, stopped long enough to get me going in the morning, poured while I was riding, then became sunny. 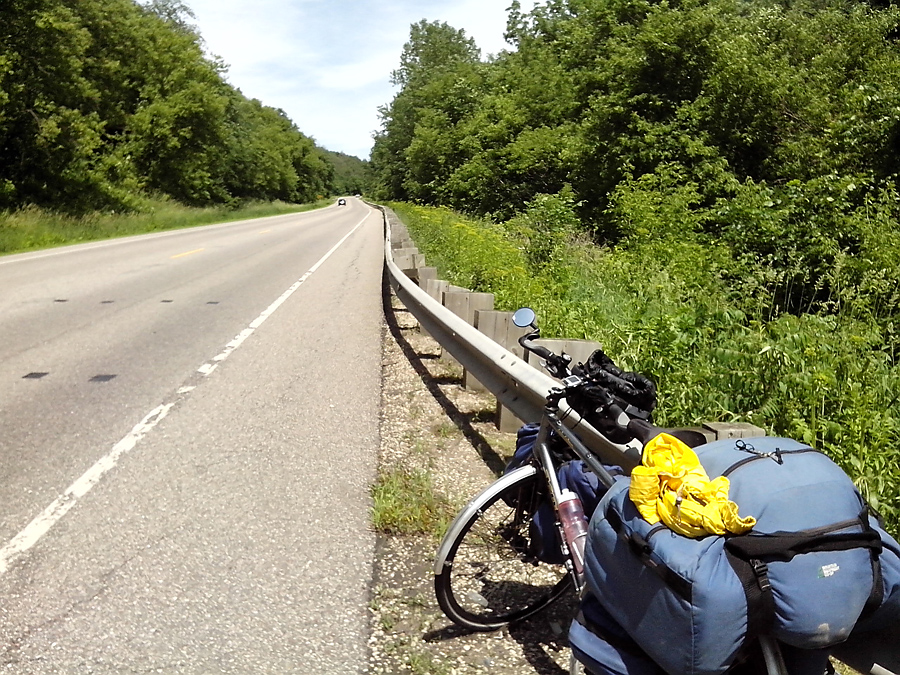 The paper said the area had some flooding from a record rainy June — and the four and a half inches that came down on me on the ride into town. The good news is that this is a warm soft rain that you can ride in. 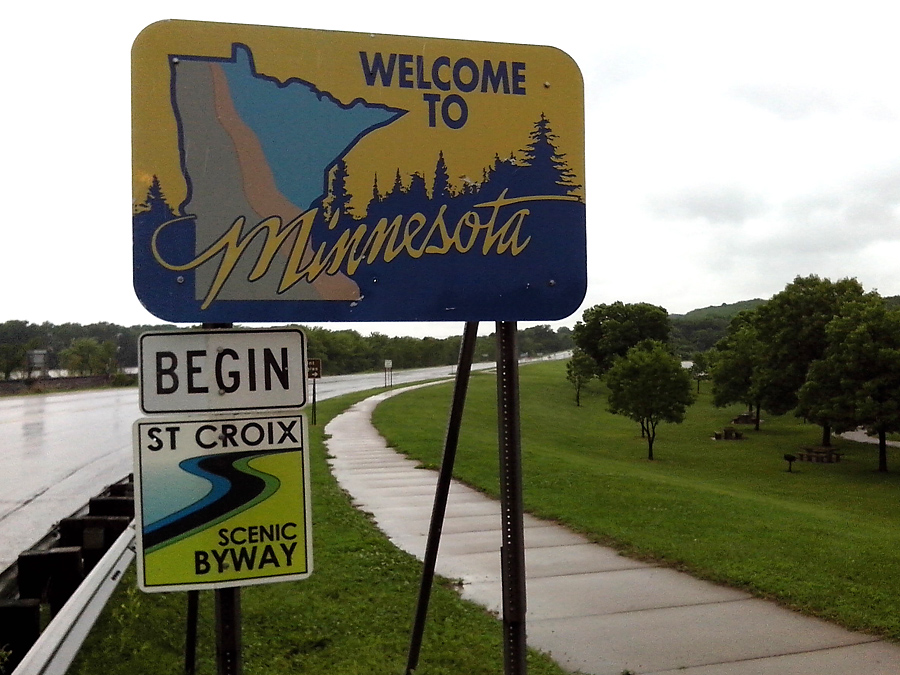 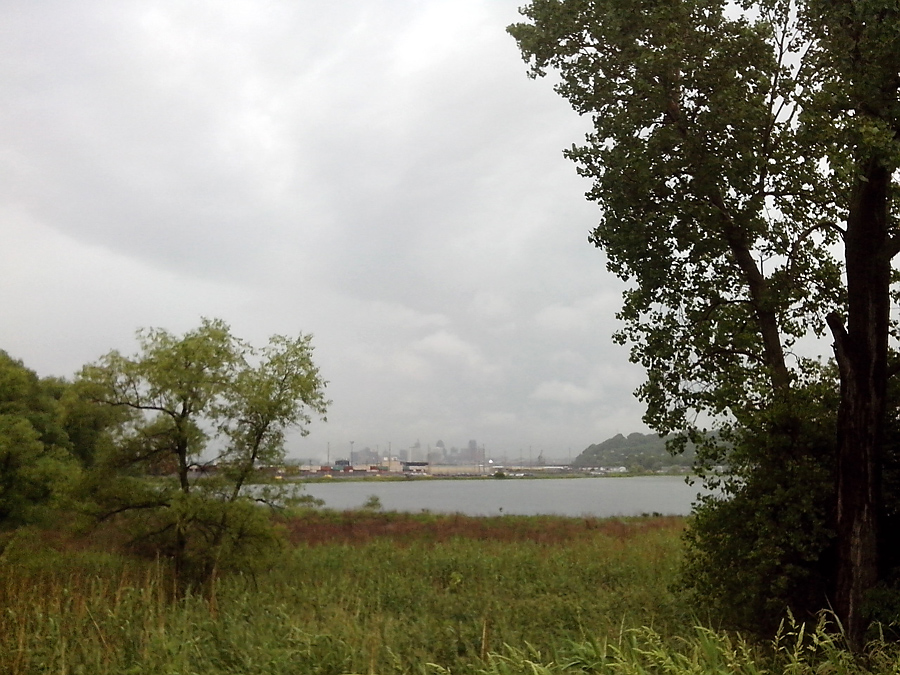 Jason, my warm showers host, is one of the founders and runs the non profit “Cycles for Change” – a bike library (borrow a bike for 6 months), bike repair training, and a bike store which sells reconditioned bikes in a neighborhood made up of 30% Hmong, 30% African American, and 30% white. 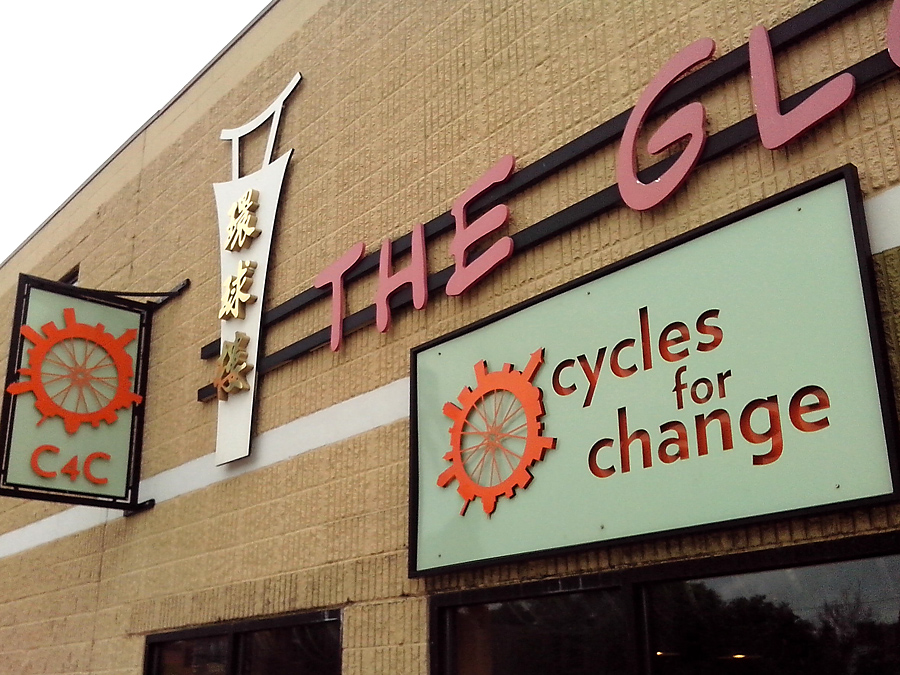 Jason showed me around and Jesus had a new chain and rear cassette installed by the time I left. All those miles wear things out. 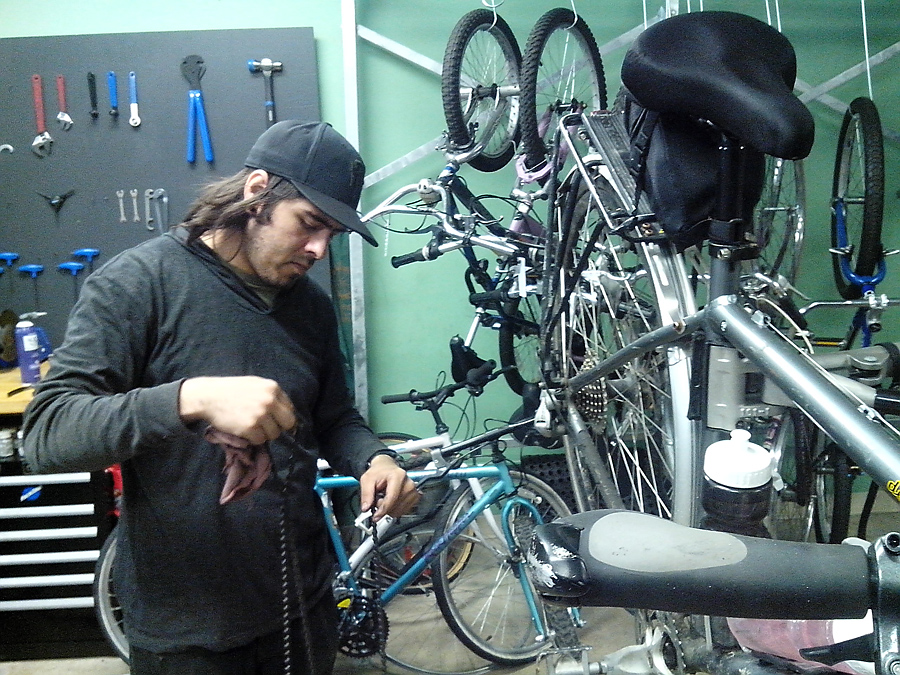 They found new Schwalbe marathon tour plus tires by phone at a shop 10 miles across town via the Greenway, a bike path, and by end of day I was set to go again. A great way to start in a new city.

My worn out Schwalbe marathons served me without a flat for 3775 miles, and still had life in them, but not enough to attempt the run home. 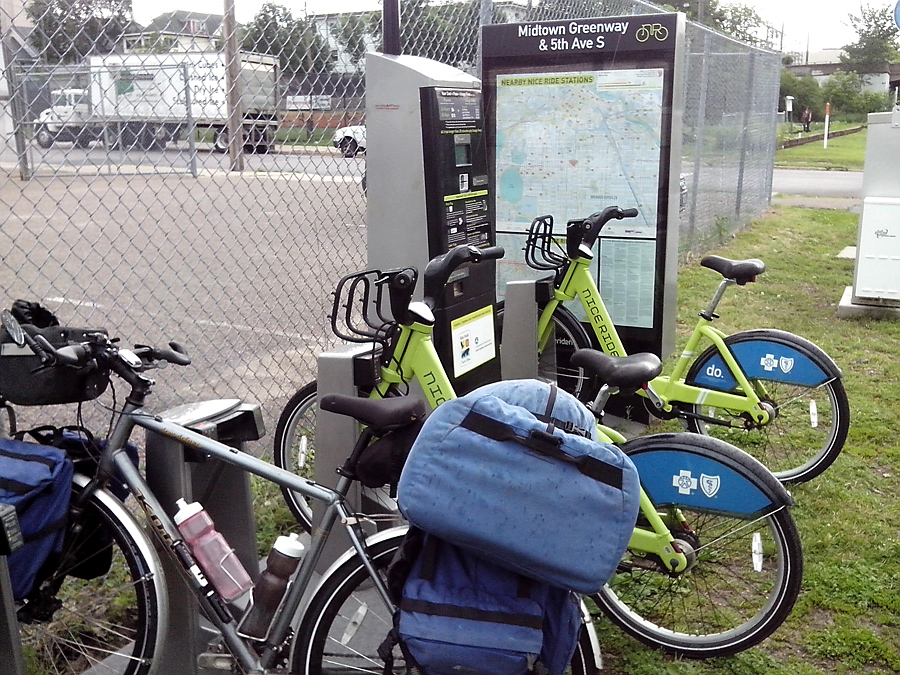 Minneapolis is tied with Portland as the most bike-friendly city in America. They have bike paths, bike lanes, shared rental bikes, lots of bike stores and, most importantly, lots of bike riders of all ages and speeds. 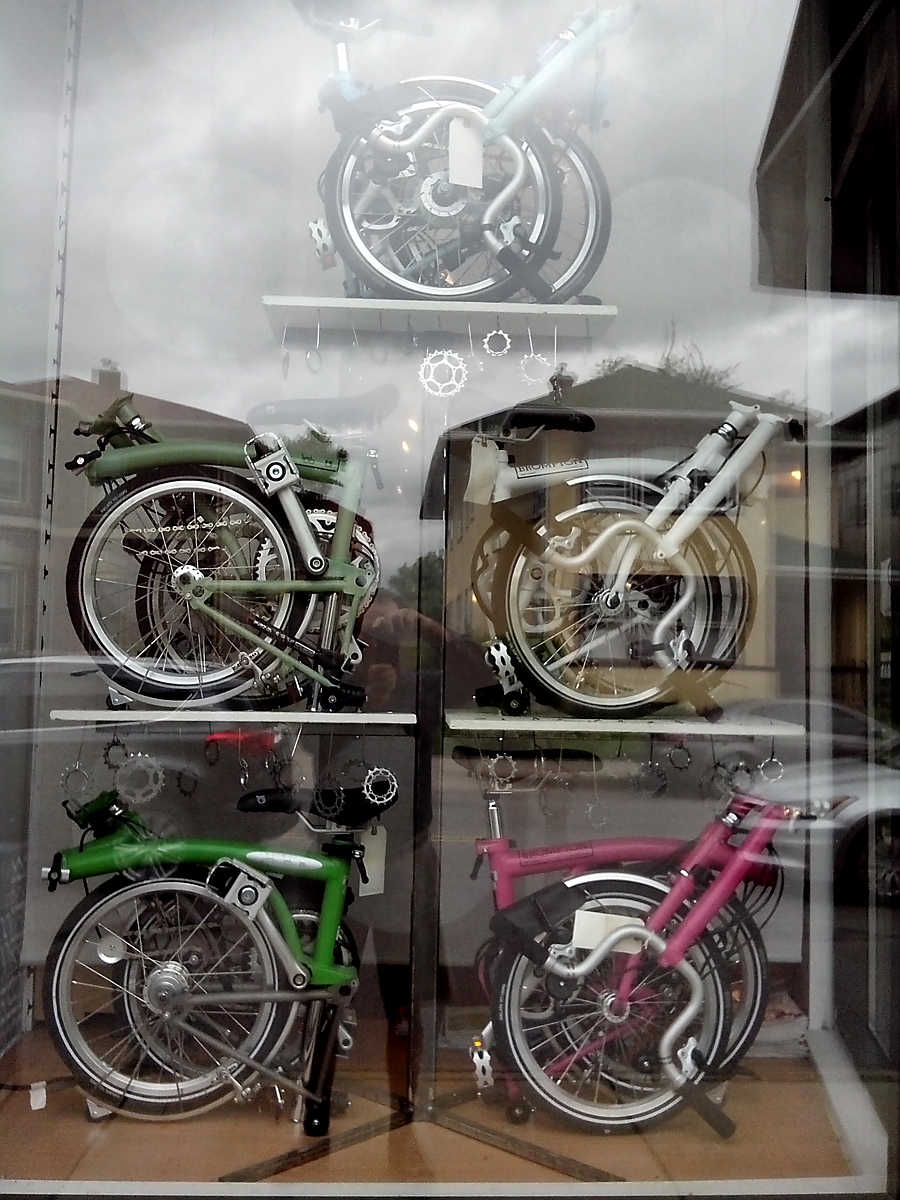 And the bike store Calhoon Cycle had recumbents and trikes galore for people with back and other issues, folding bikes, a complete line of Brooks saddles and bags, and I’m glad Don H wasn’t with me or I never would have got out of the place. 🙂 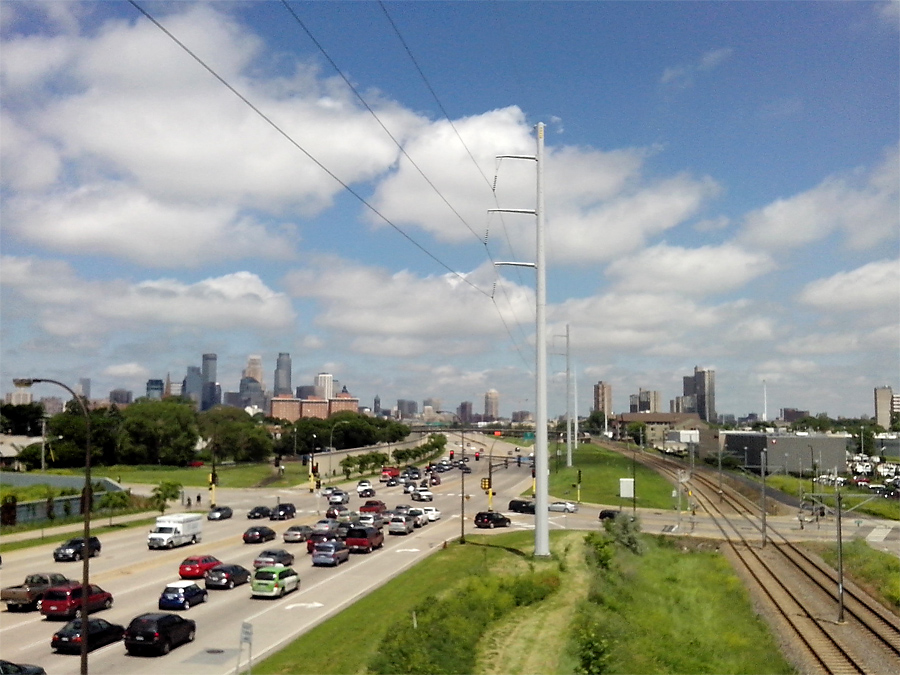