To finish the route, I rode north up the Lake Front Trail. I took a detour to Wrigley Field, home of the Chicago Cubs baseball team, and found that off-route riding in Chicago was fine. Wrigley Field is in the middle of a residential neighborhood, Wrigleyville, which bills itself as “Chicago’s proudest neighborhood”, not because of baseball, but because it is a gender friendly place. 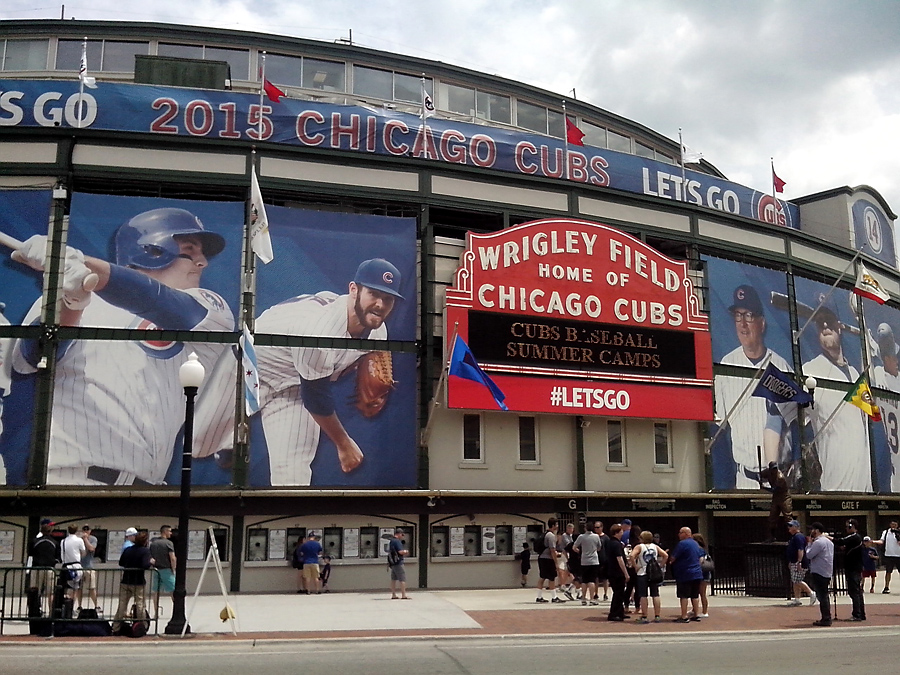 Then I was off to the end of the trail. 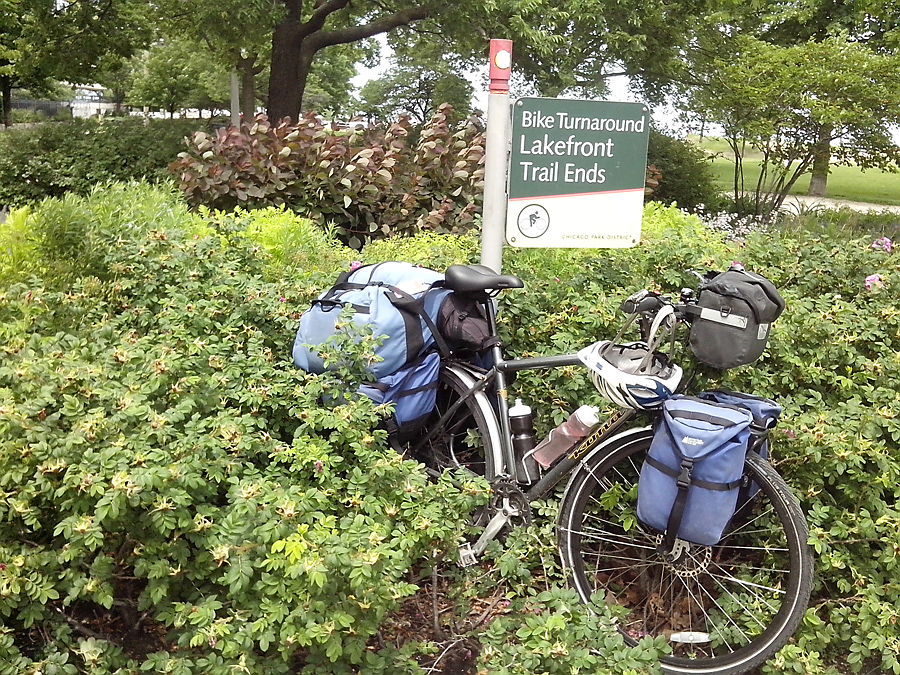 North end of the Lakefront Trail

The route then heads through Loyola University, Chicago, and west down Devon Ave to the North Branch Trail on which I started. Devon Ave is interesting because it has about three miles of Middle Eastern, East Indian, and Jewish stores and restaurants. I was surprised to find such a heavily ethnic area, and it struck home that Chicago, like America in general, has people from all ethnic backgrounds, living together under the title “The United States of America”.

Visit Chicago and you are sure to find something that interests you. I did a total of 6 days of sightseeing there. On the last day, I found the Rapid Transit Cycle shop and talked to the owner about touring bikes. I use a 2007 Dew Deluxe urban hybrid, which has served me well, and I’ve concluded it’s still the best bike for the riding I usually do. 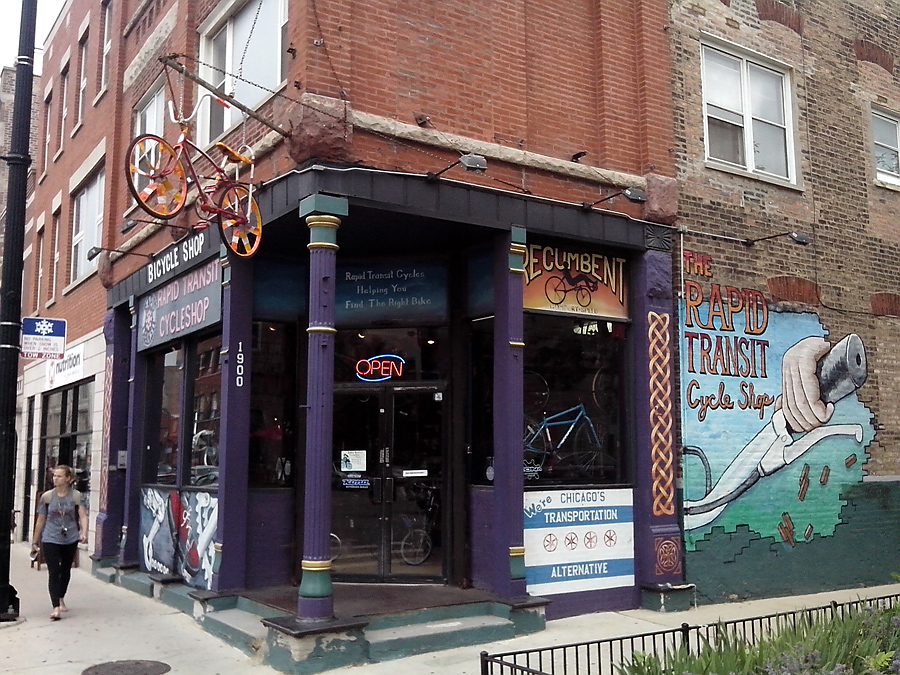 In the past, I have aimed for 2 rest days in a row every 5 days or so, but this year I only took single rest days, and I ended up more tired than I would have liked at times. I was concerned with getting back for the return flight, and I wanted to spend more time in Chicago because I liked the place. This illustrates the typical result of a schedule, even a generous one, rather than riding with no time limit. All things considered, 5 weeks worked well, and I had enjoyable riding most days, with the extra time I wanted in Chicago at the end. 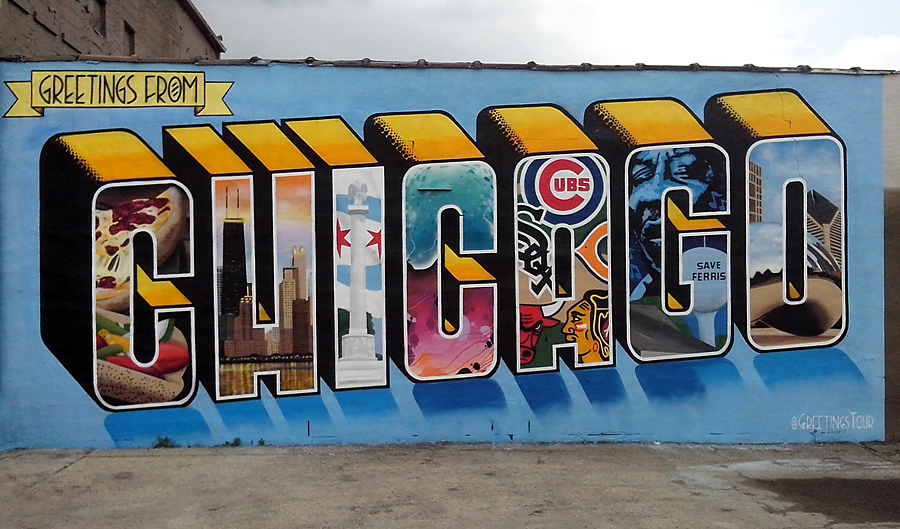 Total cost for the 5 weeks, including Airfare, Travel Insurance, Phone USA roaming plan, Accommodation, Food and Sightseeing, was CAN $5,198.67.

The difference is because I used far more motels in the urban areas around Lake Michigan and to avoid overnight rain. Also the Canadian dollar has dropped in the last year, so you have to take every American cost and multiply it by 1.25 to get the Canadian equivalent. Still, I think I got good value.

I had five weeks of challenge, education and entertainment. I was on a daily fitness program, and found myself enjoying an endorphin high for almost the entire time. I freed my mind from the norms of home life, got lots of quiet time to mentally free wheel, and was sightseeing all day long.

Some riders I met complained about the unusual amount of overcast and rain. I rode in the rain on three days, and only one had rain most of the day. The frequent overcast provided perfect cycling temperatures. Yes, I was tired and frustrated at times, but such is the norm on any trip. It’s a challenge, and that’s one of the reasons I do it. It’s satisfying to leave home for the unknown road ahead, and to survive with a smile at the end. Which I did.

Thank you for your emails and for joining me online.