Yesterday was a record 99 miles, which went comfortably by, with no wind or a slight tail wind all day. It was still a stretch at 8:49 hours of riding, at 11.18 mph.

The forecast was for two days of southerly winds, and I was excited about getting back into Canada, one of my goals for the tour. It was kind of a Zen day of smooth, relatively quiet riding.

When I got to Customs, my passport was missing from my pouch, and it must have been stolen by someone along the way. Only thing I can figure is someone in the hotel in New Orleans, since it is a port, and passports might have some value down there. It’s also the only place I left the pouch among my possessions in the room for two days, where staff might have access to it. It’s the only negative thing that happened on the entire trip, and it’s easily replaced. 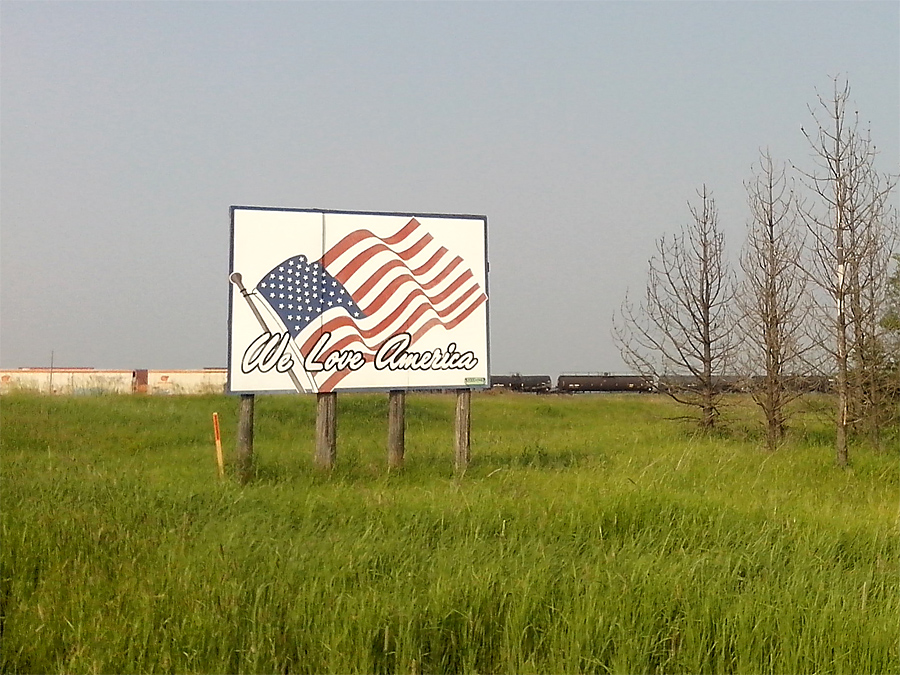 I got the impression that Americans like their country, and are quick to remind themselves of it with flags and bunting and such in every place along the way. Coming into Portal, before Customs, they have a sign, almost like “You may be leaving, but we love the place despite what you think”.

My take on America is that it was a great place to ride, with people I enjoyed meeting, and I’d go back anytime. 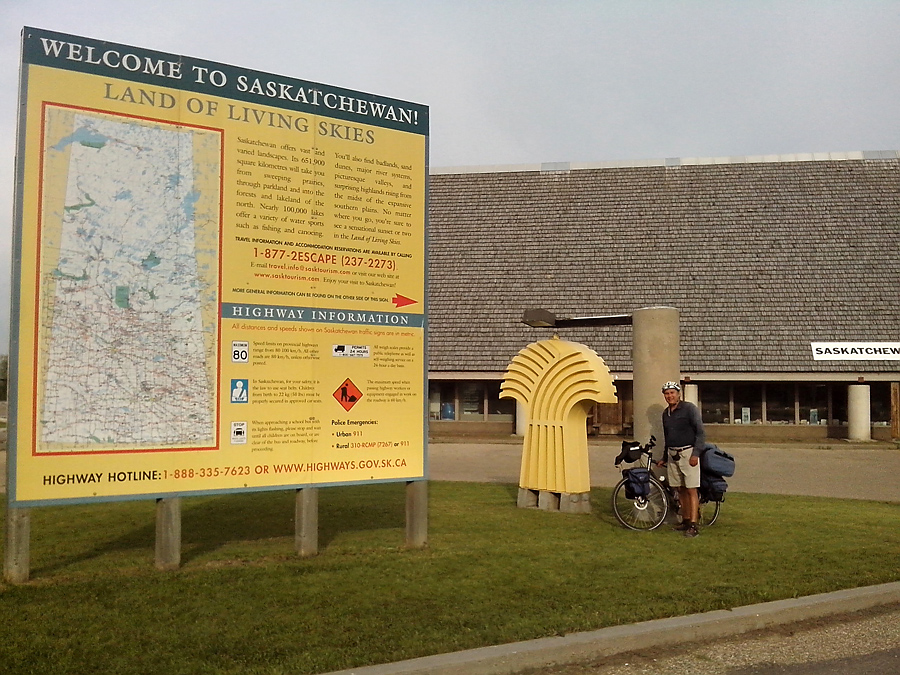 I got into Canada, and realized I have a stronger attachment to home than the south, and it felt great to be back. I was excited. A Customs agent directed me to a small park in North Portal, where I camped for the night. In the morning I took a photo of the Saskatchewan entrance sign, and perused the map, since I hadn’t taken any maps of Canada with me. Looks kinda big and confusing doesn’t it? 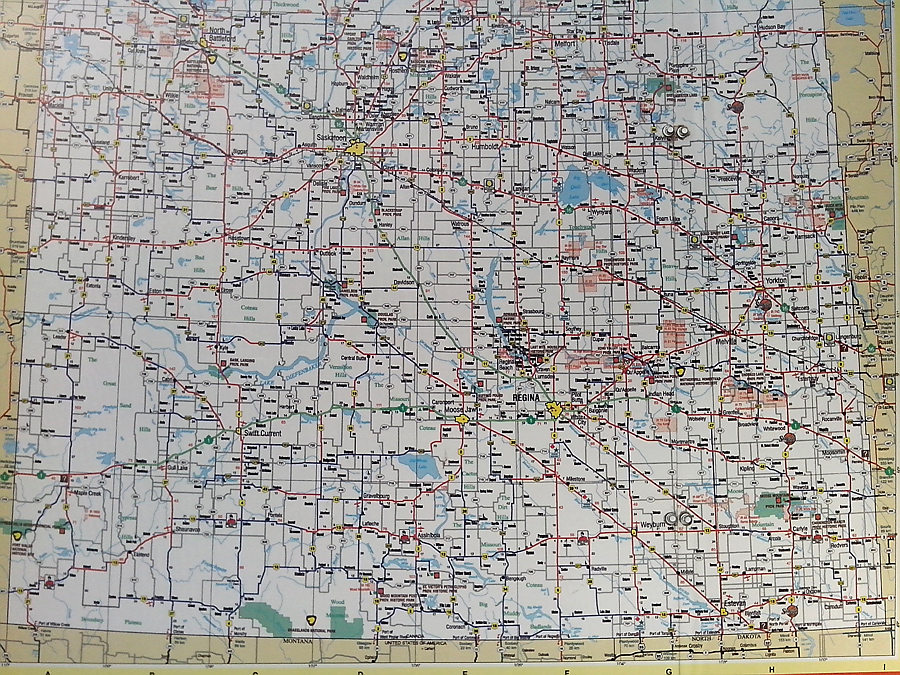 I crossed the Souris River, and found myself among a whole bunch of nothing again. 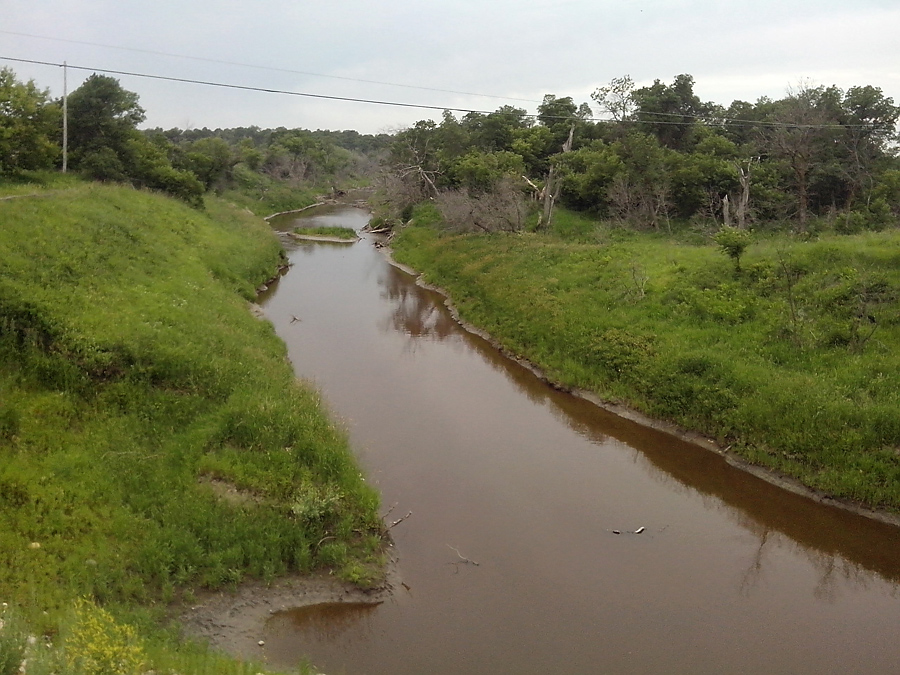 What I don’t have in photos is that after Estevan, the same little two lane highway carried more traffic than any other road in Saskatchewan, and anything I’d ridden all trip. Trucks came by in both directions every minute or so, speeding me up or hammering me with a blast of opposing air that slowed me down by 2 km/h each time. The oil boom I had been warned about in NW North Dakota is also in SW Saskatchewan. 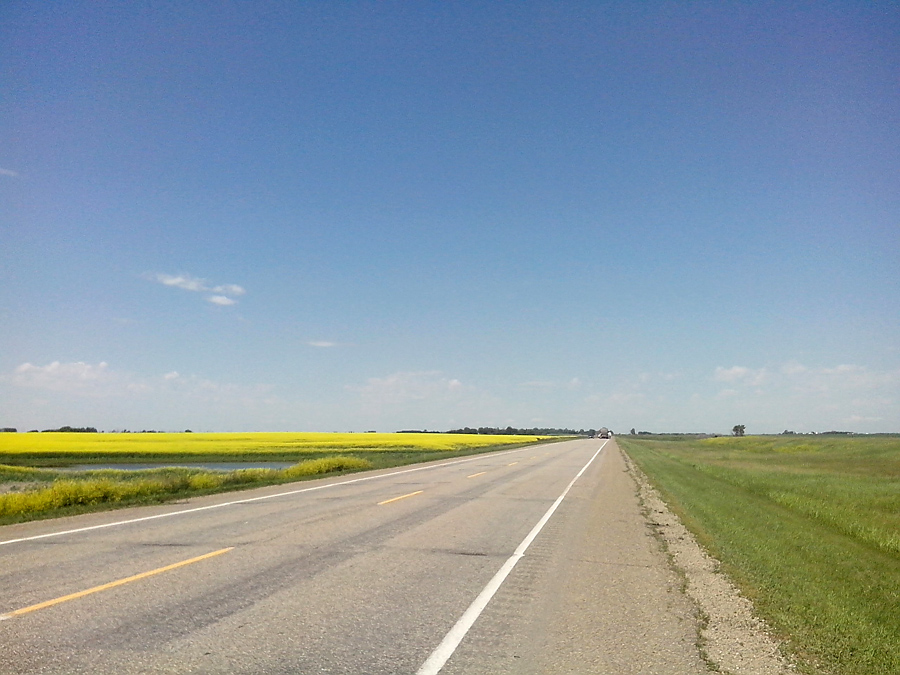 I reached Midale in 5:43 hours at 9.9 mph and was tired. It had been a long day the day before, coming into Canada, and a hot day today with a crosswind and truck headwinds, and maybe I was also decompressing since crossing the border felt like home.

I ran into John New working on his sidewalk, and he directed me to a Heritage Village park in Midale, where I camped in front of a vintage service station in a peaceful location. 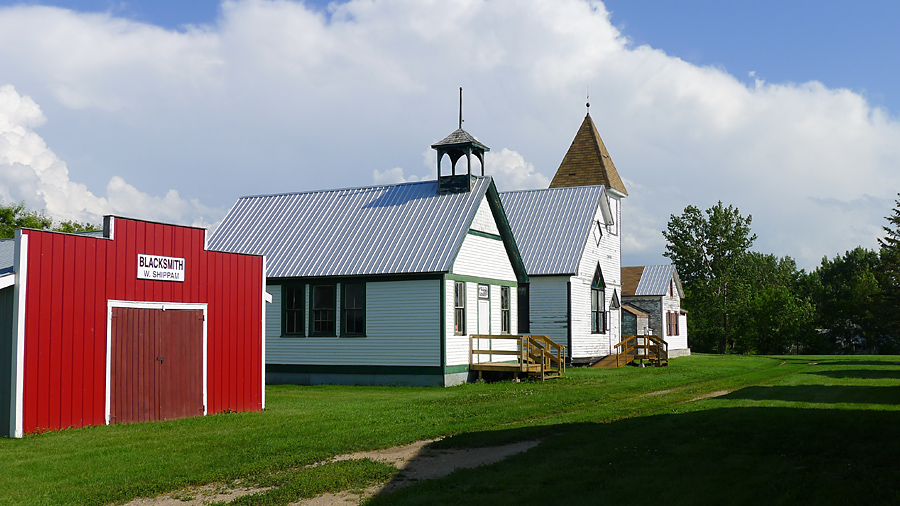 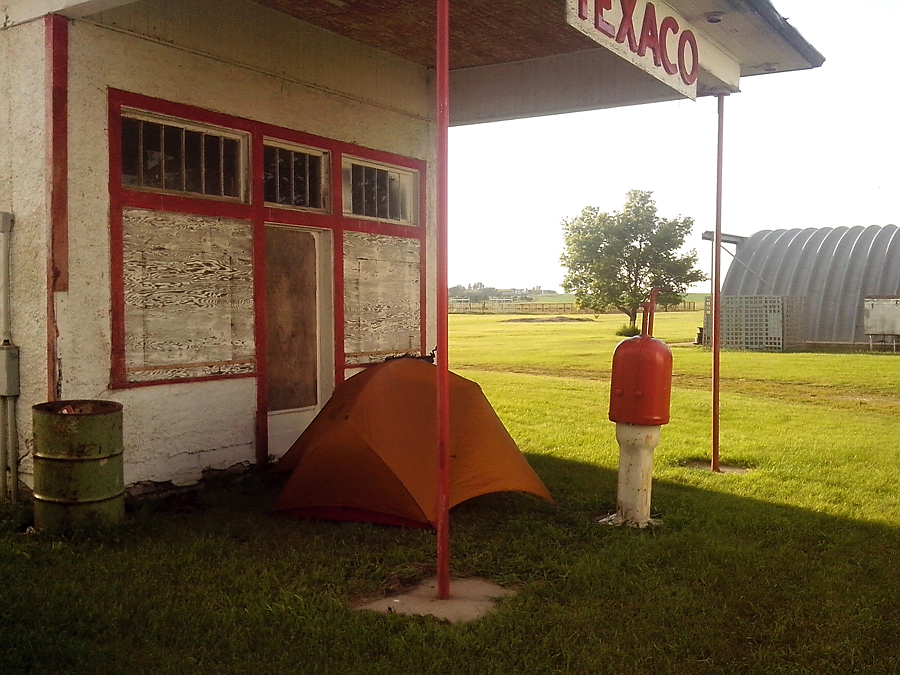 John and Carla invited me for dinner, and I had a good time hearing about why Midale and southern Saskatchewan attracted and keeps them at home there. 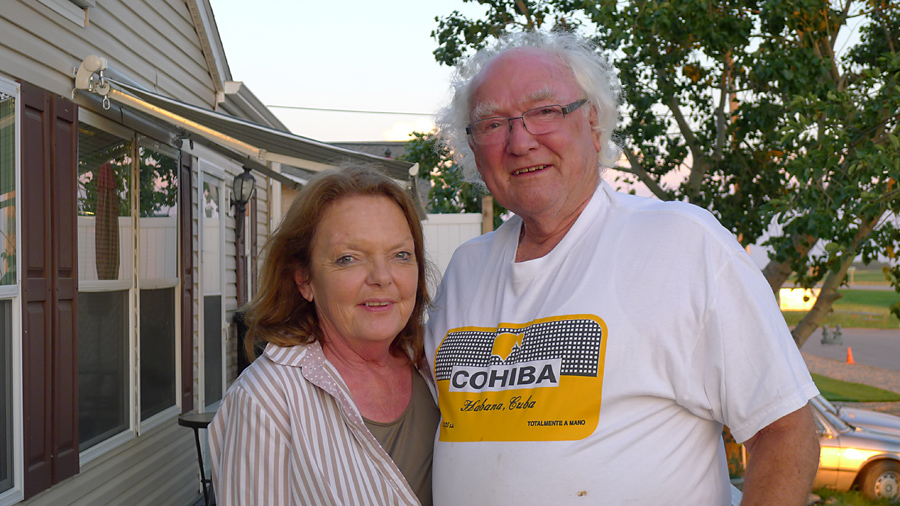 John’s neighbor Mike showed up, and for reasons I will explain in the next post, I was happy to find he would take me and the bike to Moose Jaw in the morning. In the meantime, I soaked up the sunset and the quiet. 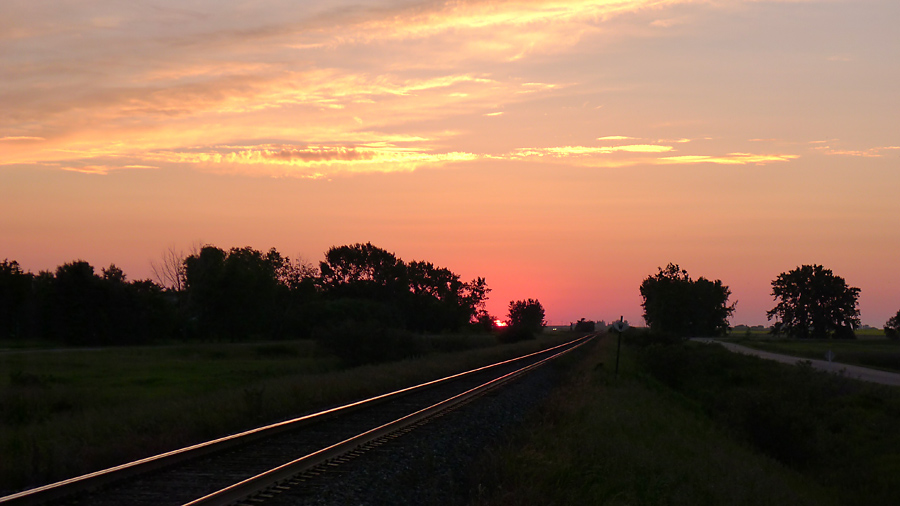