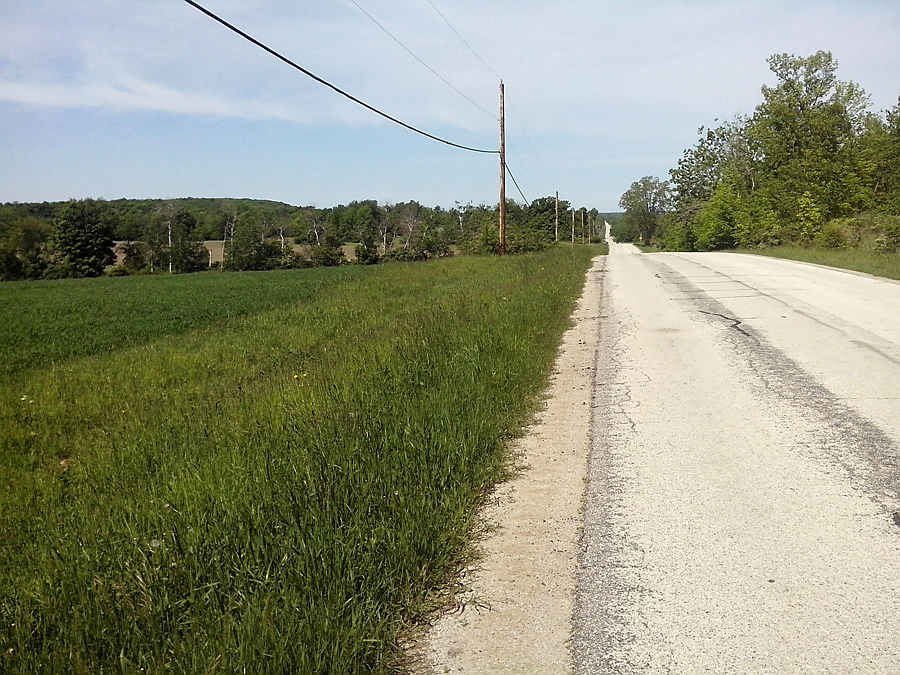 The two nights camping in Potawatomi Park went down to 4 and 5 C, so I woke up both nights and put on extra clothes—all of them.

But it was a great temperature for cycling under blue skies the next day, on wonderfully quiet and scenic roads for 54 miles into Green Bay. 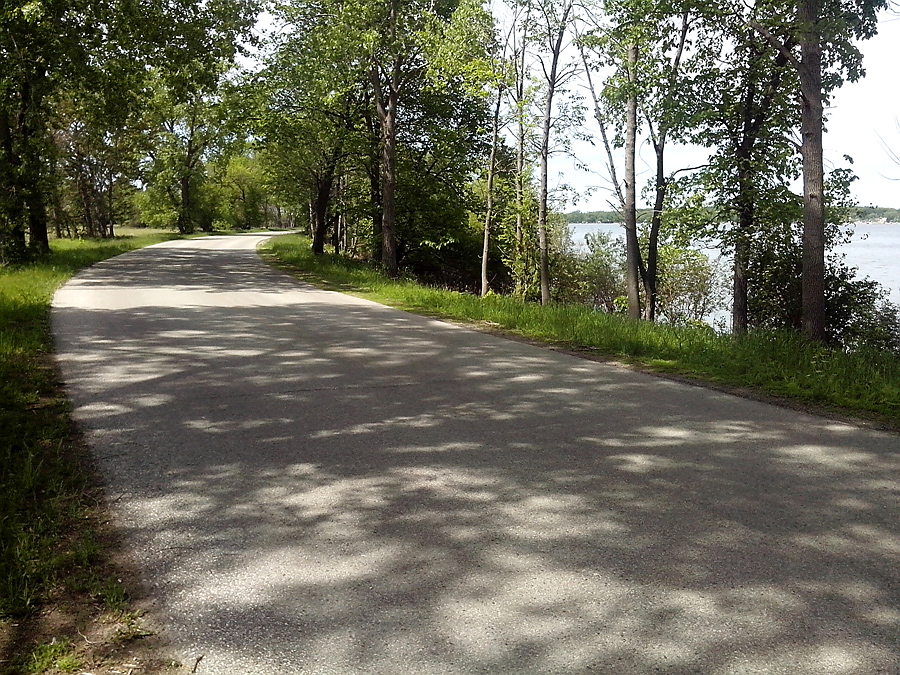 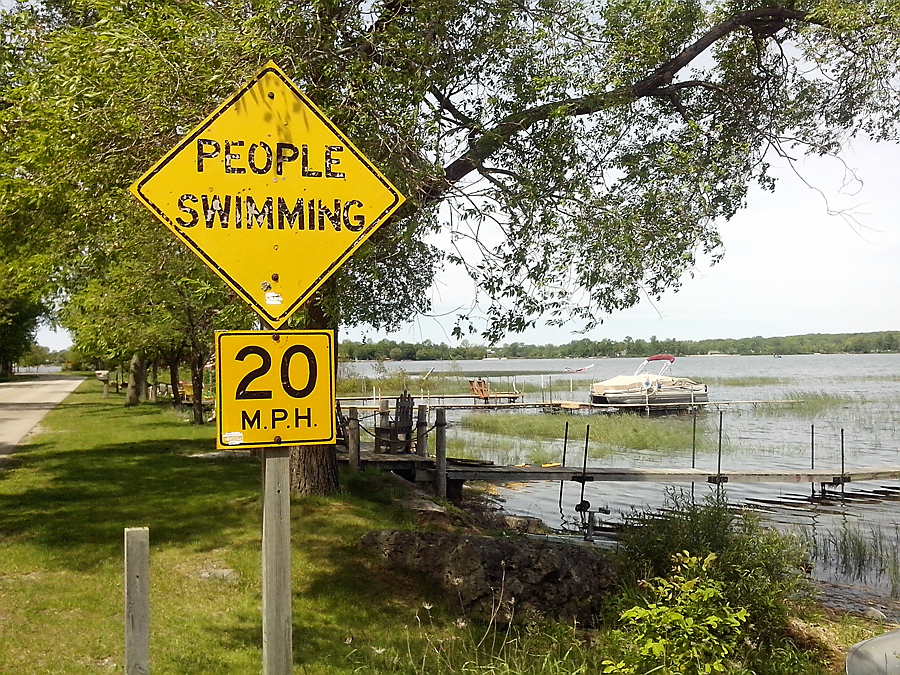 I have to give credit to Bob Robinson, guidebook author, and the local bike organizations with whom he worked, for putting this route together. It’s great riding that you would not find on your own. 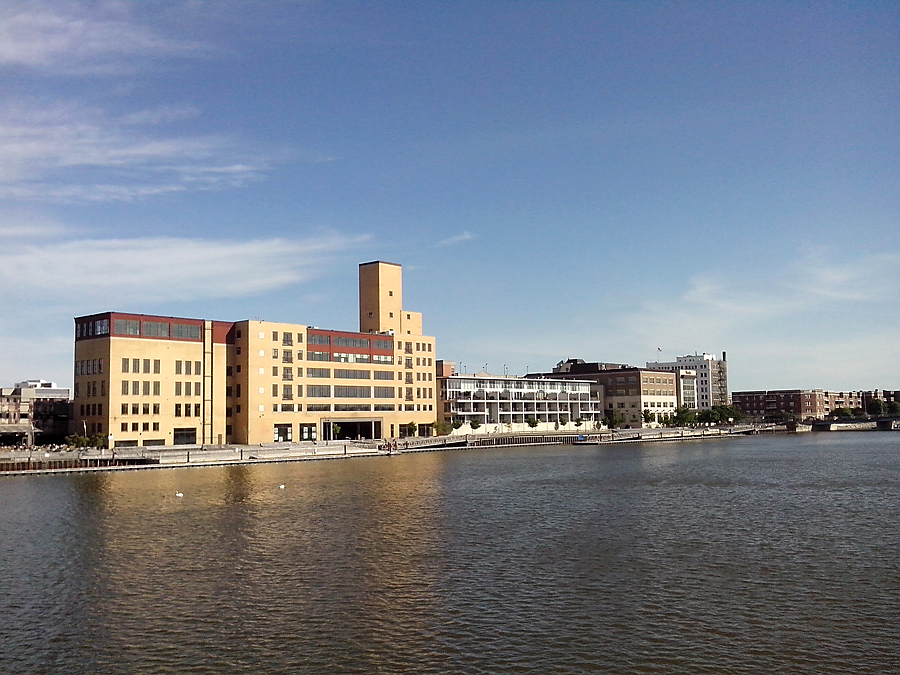 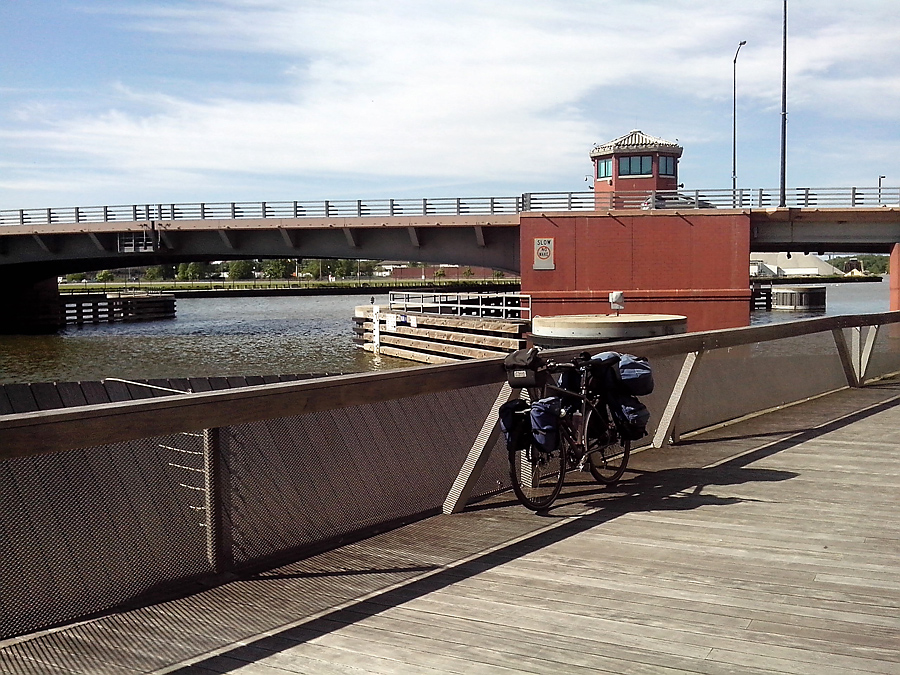 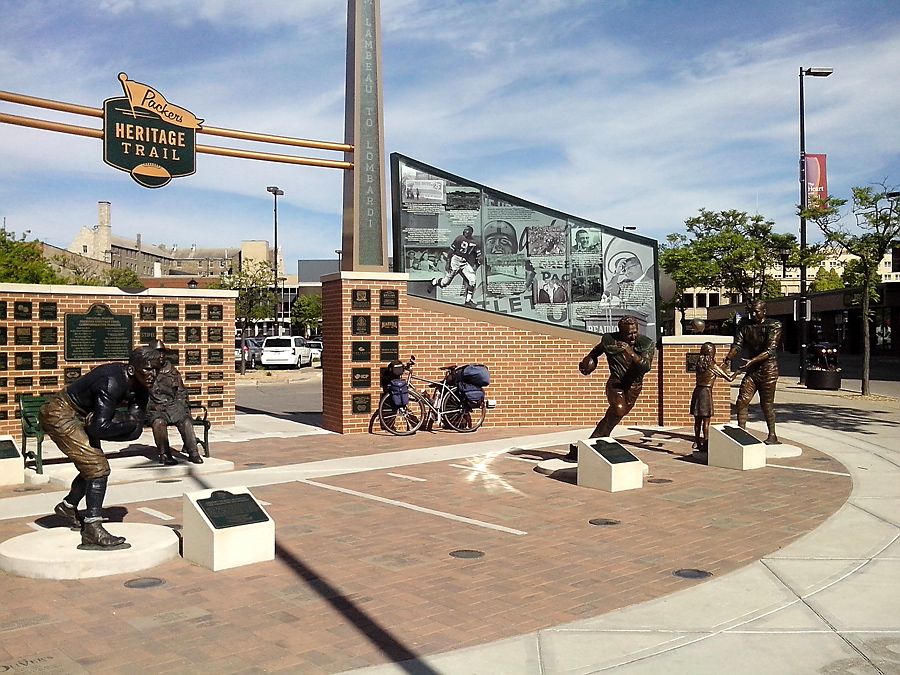 Someone wrote to say they didn’t know Chicago was on a great lake. I say, if those lakes are so great how come nobody knows anything about them? I didn’t know where Chicago was either, or that it’s the second largest city in the US. And who knew where Milwaukee, Racine and Green Bay are. Who cares ? 🙂 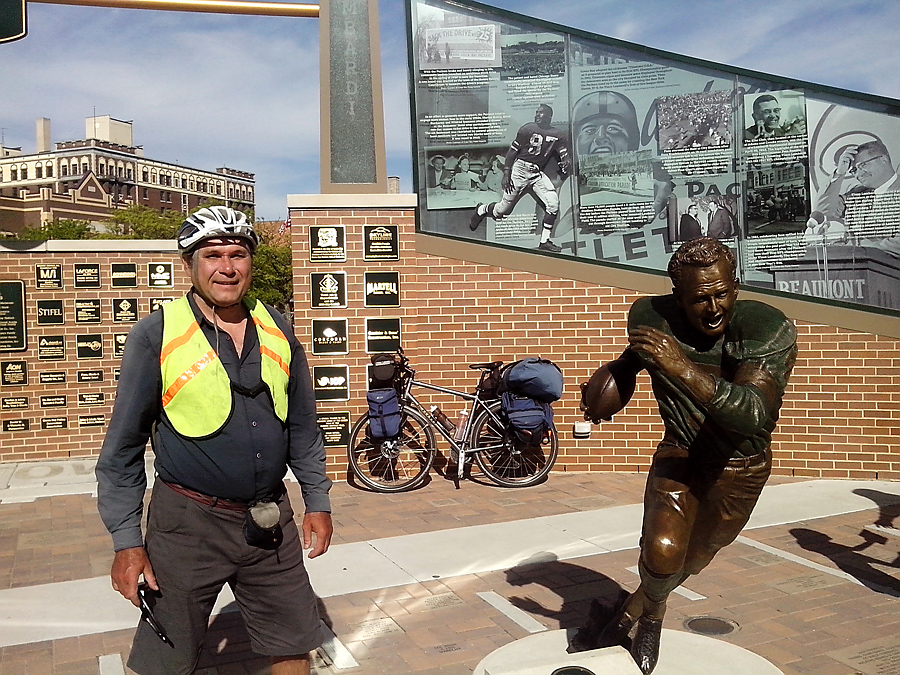 Packers fan for a day

Riding this route is like playing Warcraft, where your map is dark until you send out scouts and slowly reveal the lay of the land. Imagine cycling in a live video game.

It’s satisfying to turn a vague understanding of a part of the world into reality, with people approachable and helpful just as they are at home, and neat new stuff to explore. 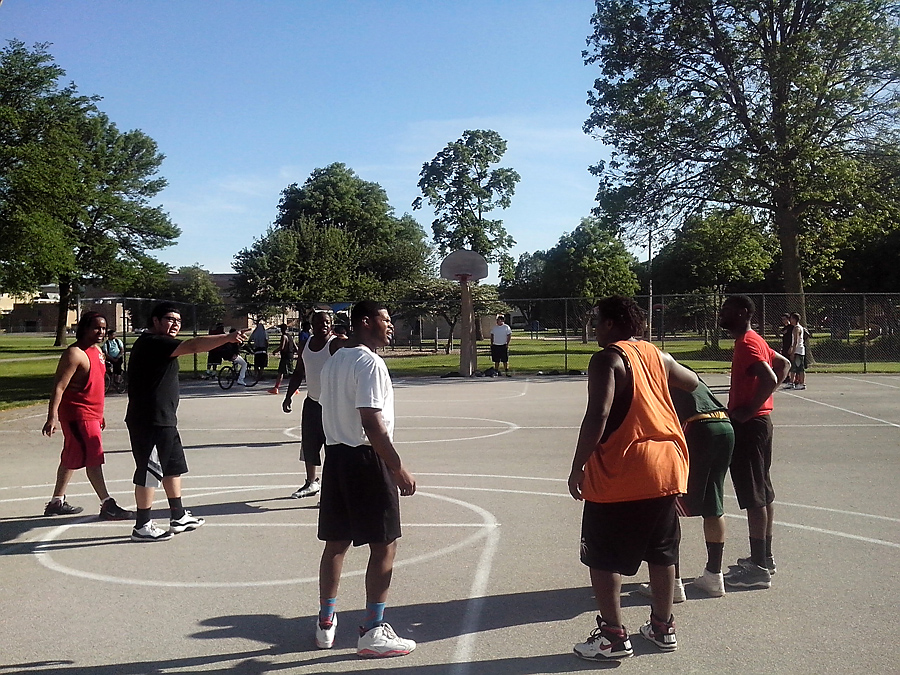 I needed a map and stepped into Bosse’s news and cigars. I told the clerk this was a throwback to the Hub Cigar store on Whyte Avenue when I grew up, and he promptly showed me pictures of the store in the same location going back to 1898. They have magazines I never heard of, and 500 kinds of cigars in a humidor room, and have customers nationwide. I took a photo of my own. 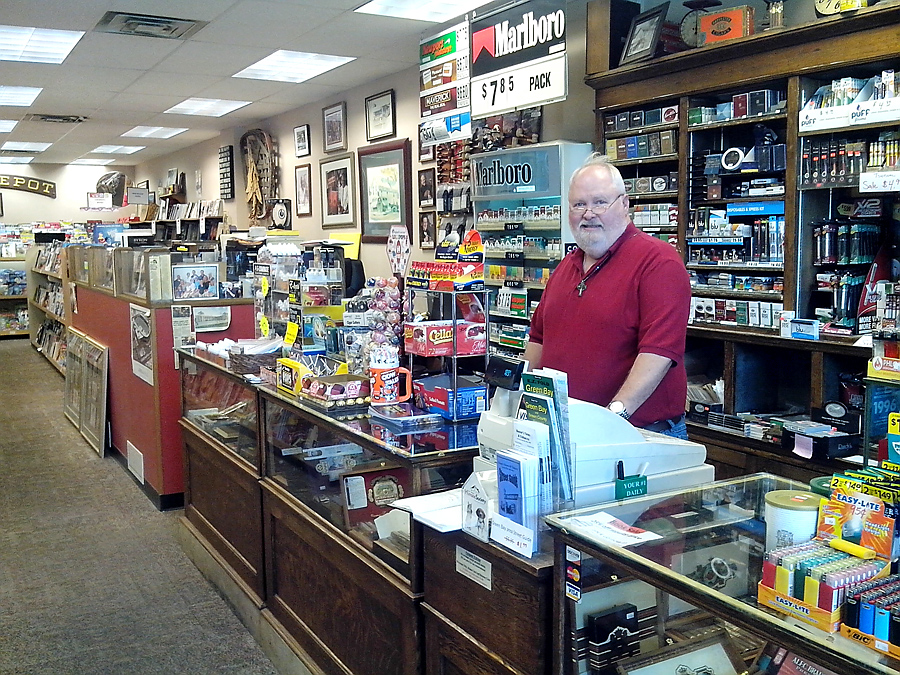 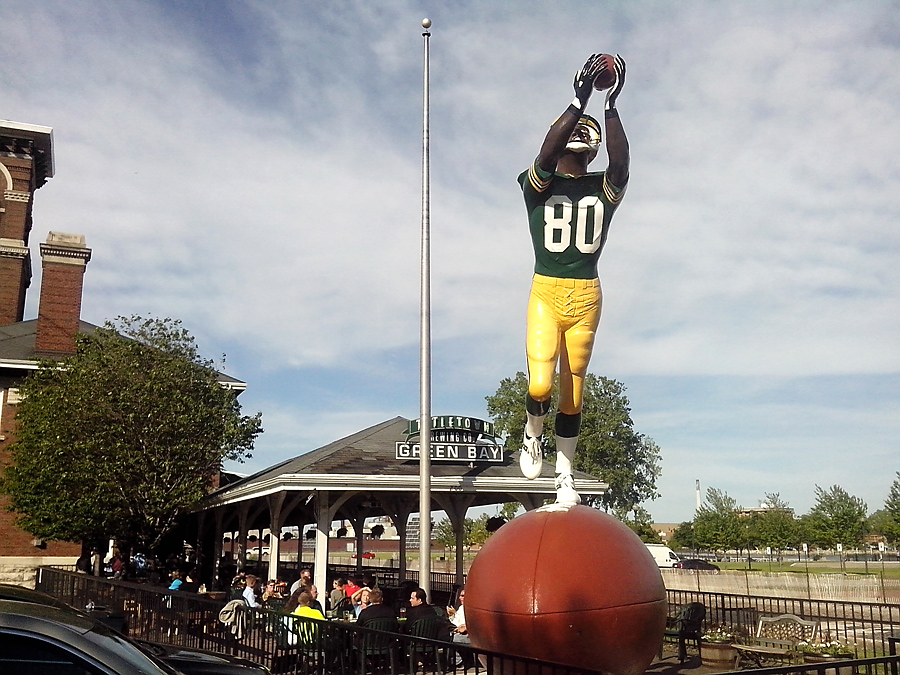 Green Bay has a football team. To say it is popular is an understatement. Like in Silver Linings Playbook, there are fans here, population 102,057, and they probably all fit into the stadium. It’s humongous and for $18 you can take the Champions tour, which takes you onto the field and to the highest point overlooking the field. Sorry, I didn’t, so no pictures. The pro shop is itself regulation sized, and the whole complex has an air of excitement. Even I can see that it would make sense to fly in here for one of the games. 🙂 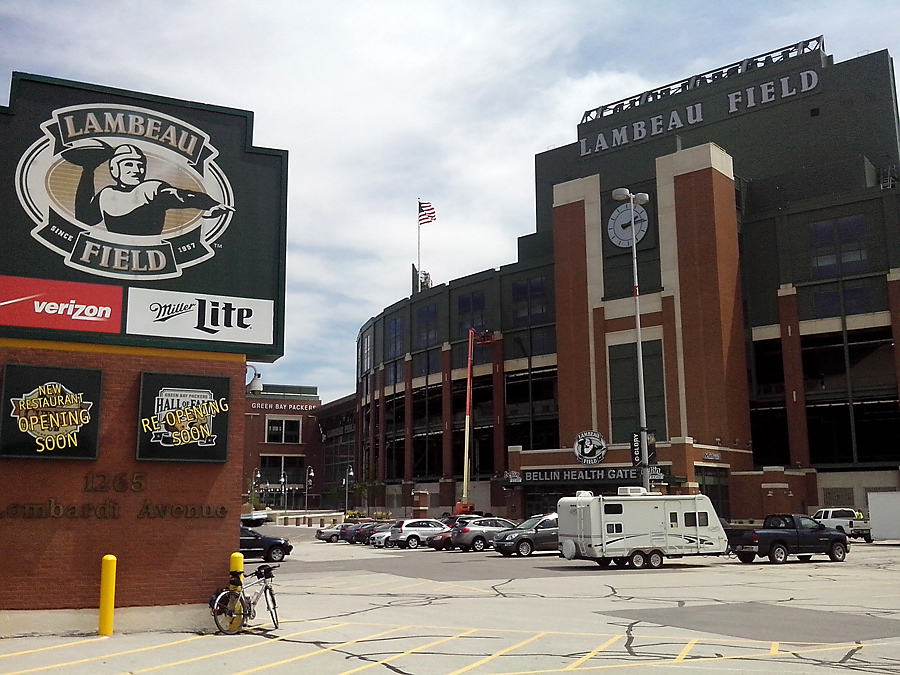 Home of the Packers 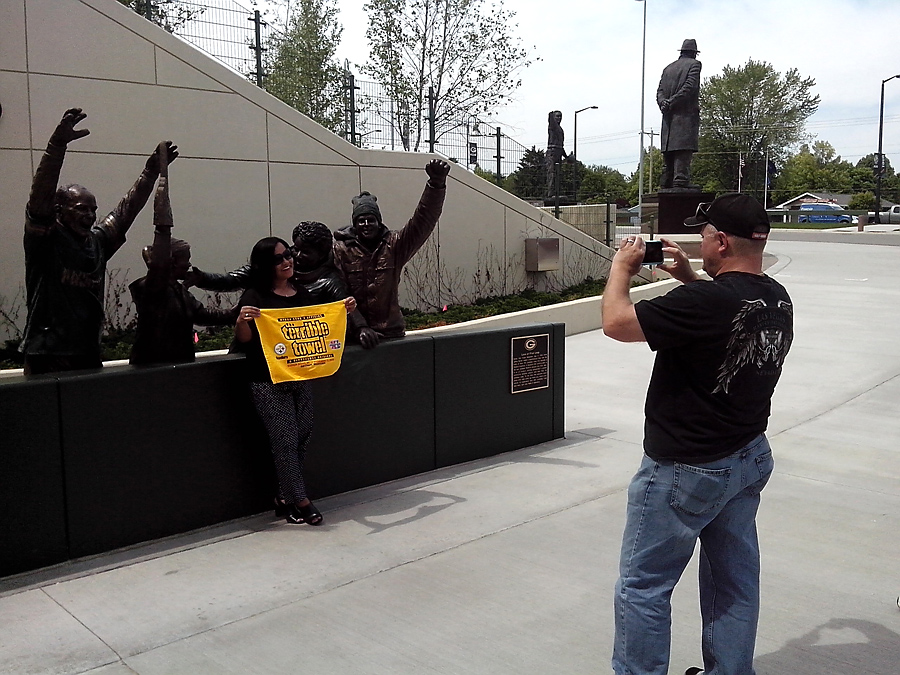 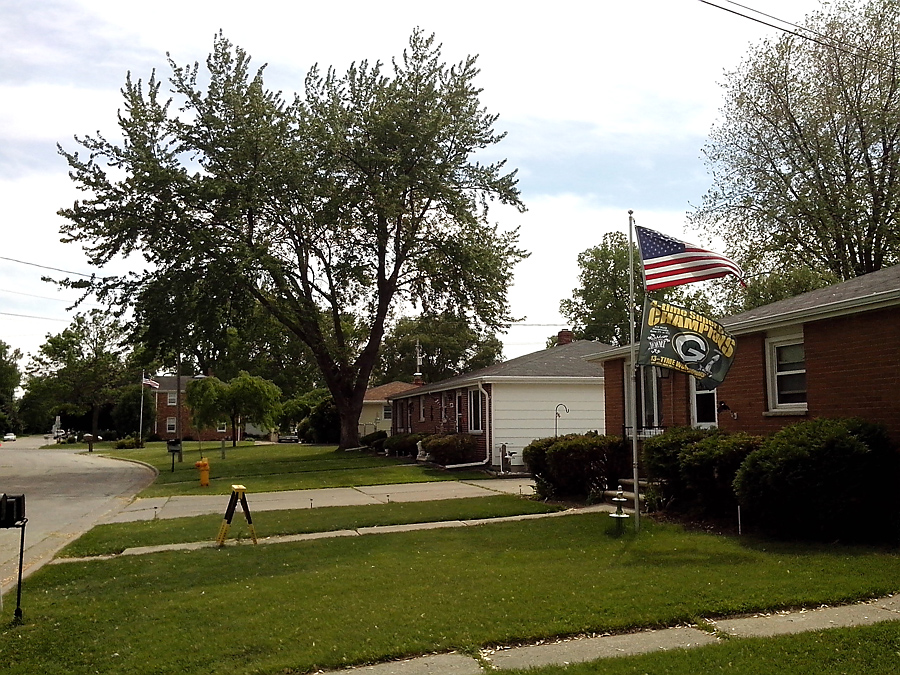 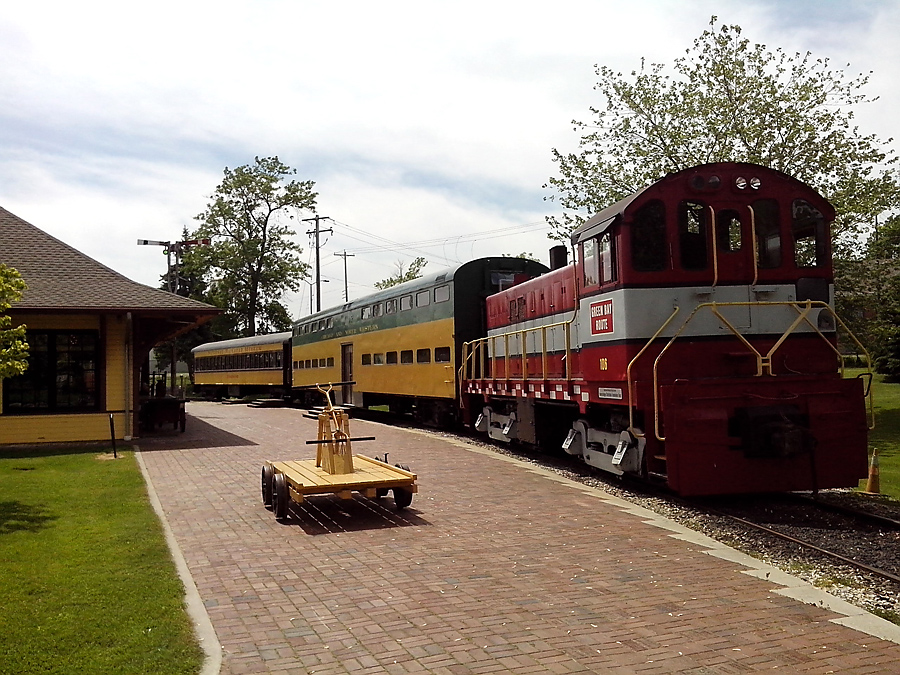 My butt has been sore because I switched out my tried and true $15 saddle from the Mississippi ride last year for a more stylish looking piece, and I have paid the price of vanity in suffering. I now present to you my new comfort saddle, purchased only a 15-minute ride from my motel. 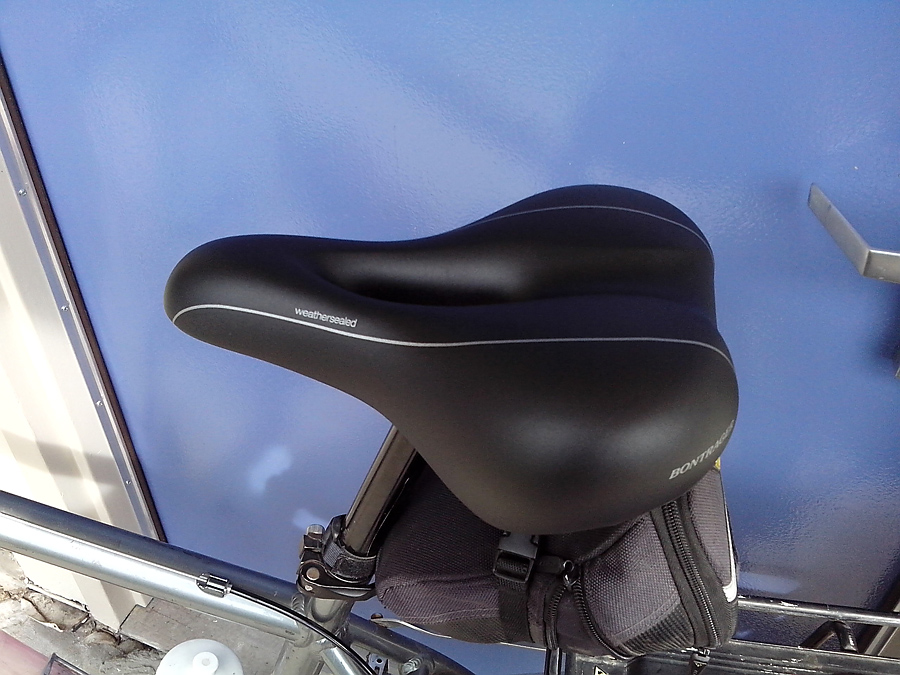 I’m in another Motel 6, nice and clean and only $78.98 including tax for two nights, which was the price of one night in Algoma, where they charge tourist rates.

It has been a windy ten days so far, like a permanent Chinook wind, but blowing from all directions. I’m told unpredictable weather is the norm here. Despite the rainy day, I have had great cycling weather so far. And it has worn me out, so I am resting and becoming verbose.

Tomorrow I head NE, off the civilized map, through places like Hiawatha National Forest. A few hundred years ago the map would have read “There be dragons here”.

Will I make it? 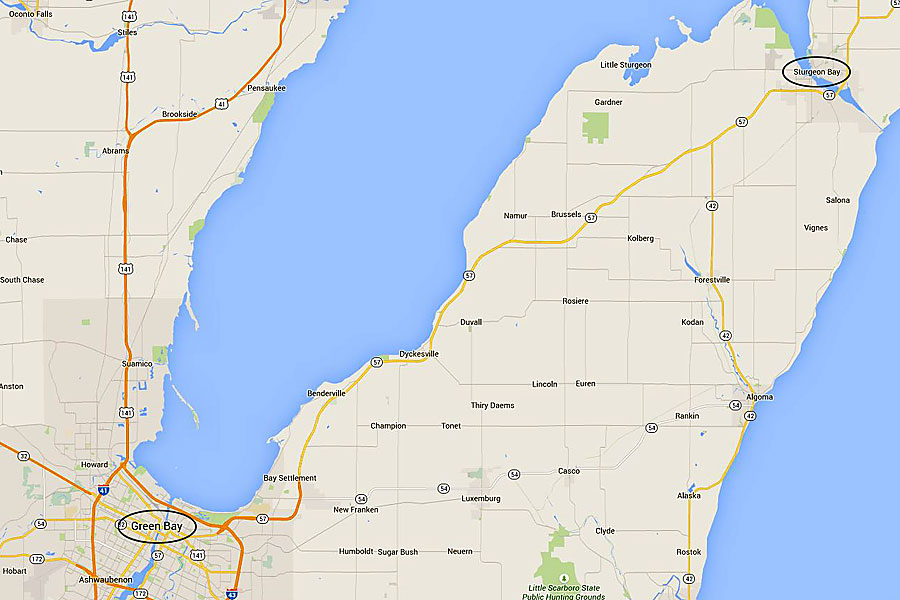