I got up early and took a shot of the sunrise, which doesn’t look much different than the sunset, but since I don’t see them very often, here is the picture. 🙂 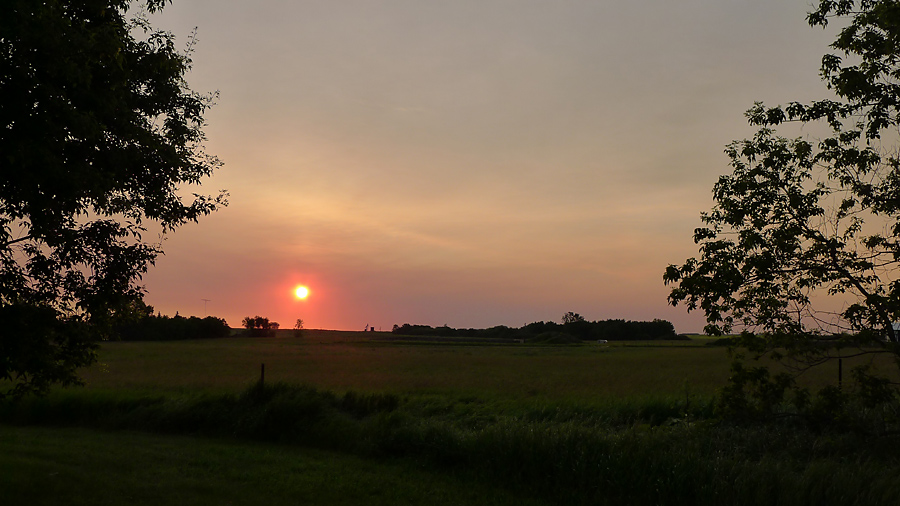 Mike Pickering picked me up at 6:30, and we had an entertaining conversation for the two hour ride into Moose Jaw. 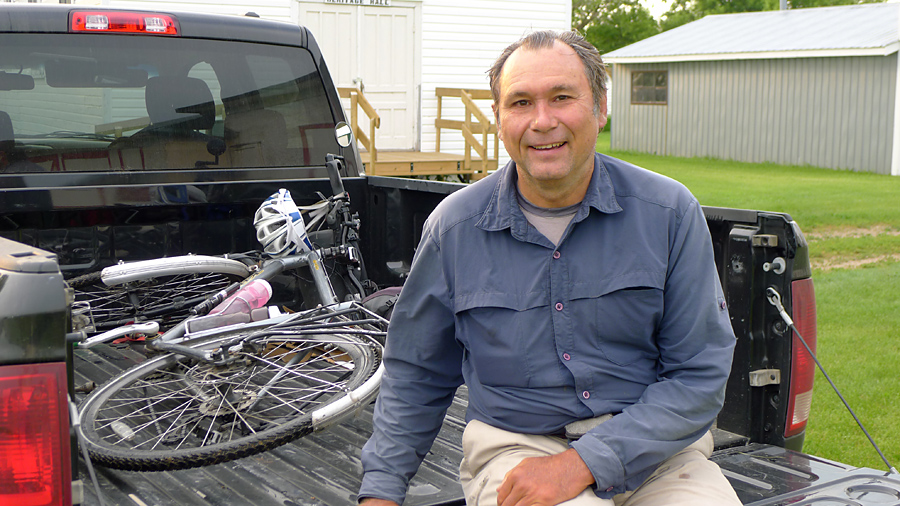 By the look of the flags along the way, and checking the weather later in the day, the wind was gusting 30 –  50 km/h. Normally the 120 mile / 193 km distance from Midale to Moose Jaw would be a two day ride but, in this wind and with the truck traffic, it would have been a three day suffer fest. I was tired and lacked motivation. Boy, did I appreciate the ride. Thanks Mike.

I looked at the highway to Calgary and found more long empty stretches with few towns, and a forecast of headwinds and side winds. I decided to end the trip on a high, and called my SAG crew. Fortunately Suzanne was happy to drive out and pick me up. 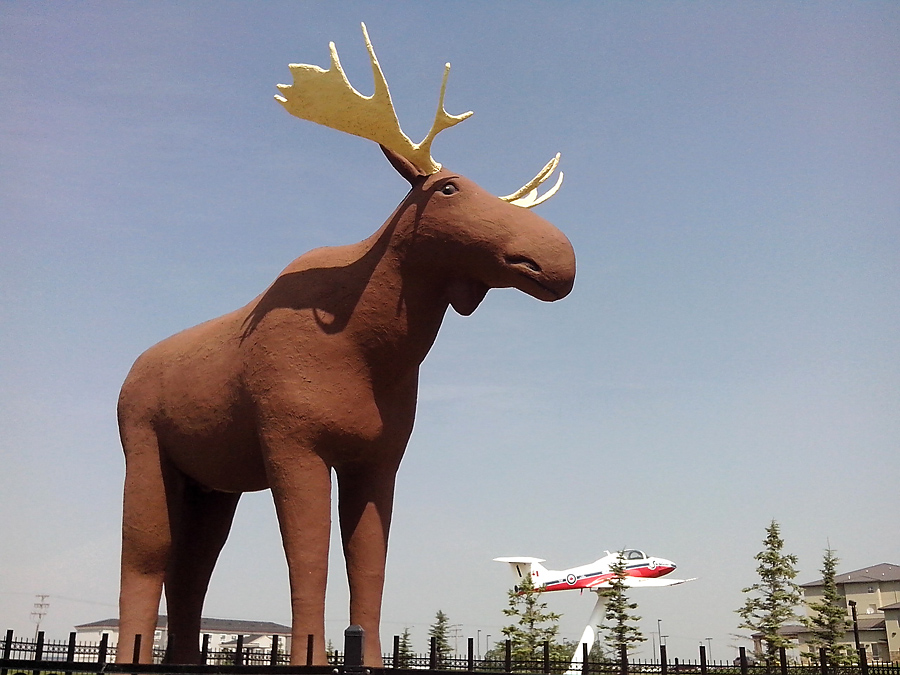 Moose Jaw is a nice little city of about 35,000 people. I spent a couple of days touring the Tunnels and downtown, and riding a loop trail. I stumbled onto a multicultural festival during an evening ride, where I got a nice supper. 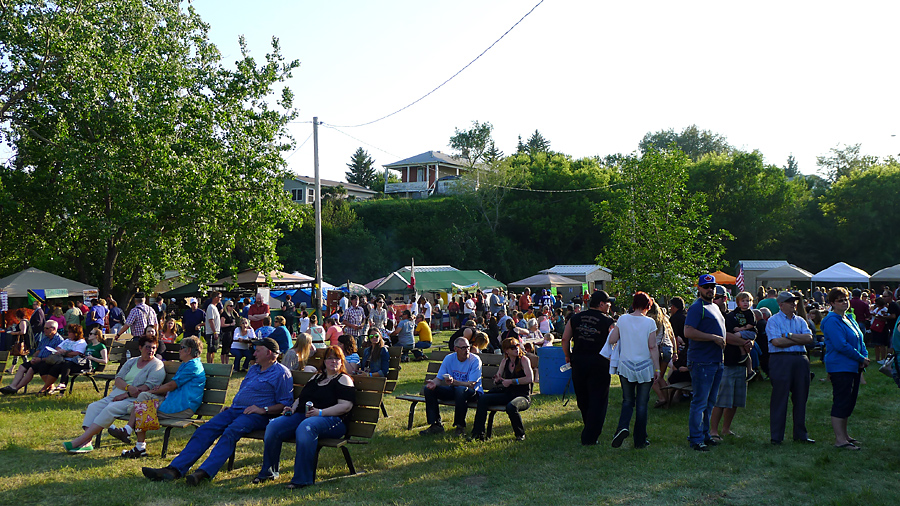 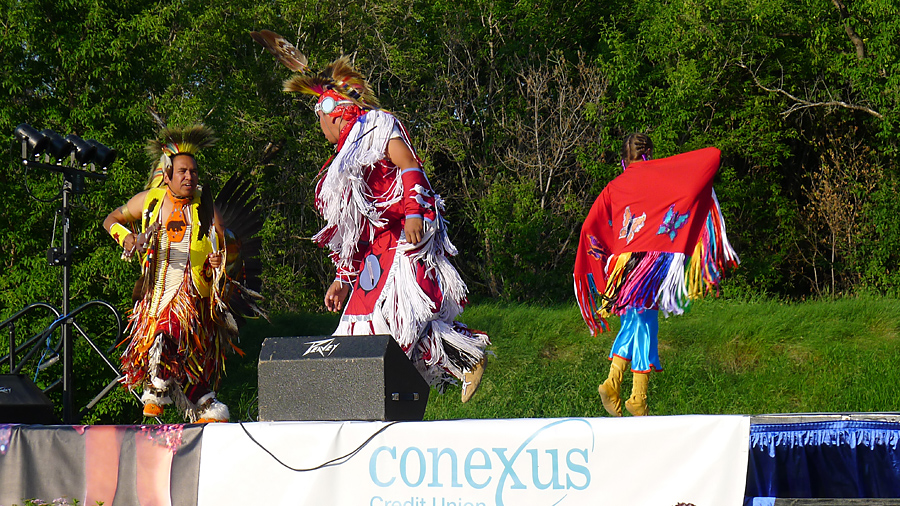 When Suzanne showed up we drove 50 miles southeast on Highway 39  to Rouleau (population 450), otherwise known as Dog River, the home of Corner Gas. 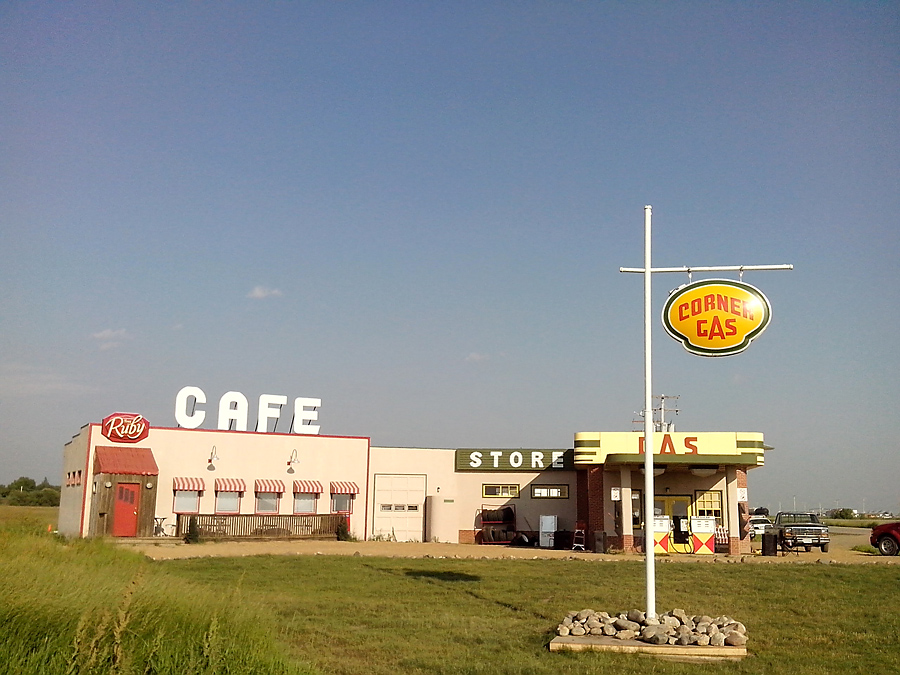 This was a highlight of the trip that I, a fan of the show, could not pass up. I would have ridden back there if I had to. 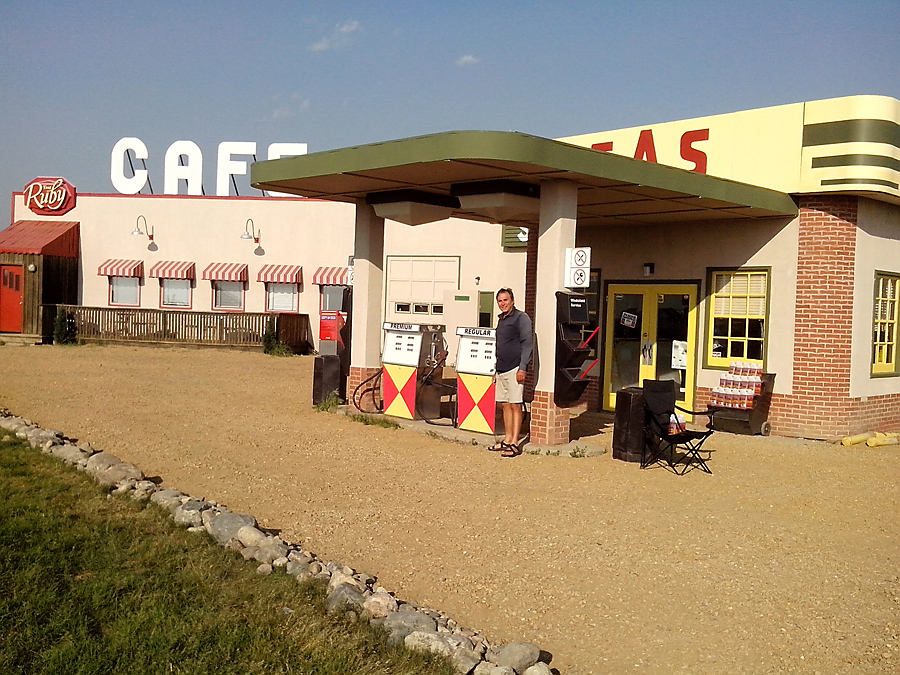 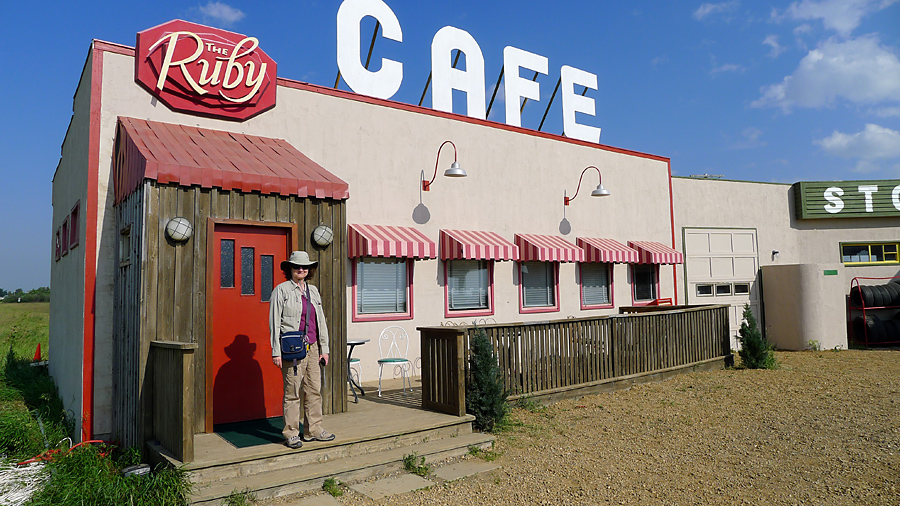 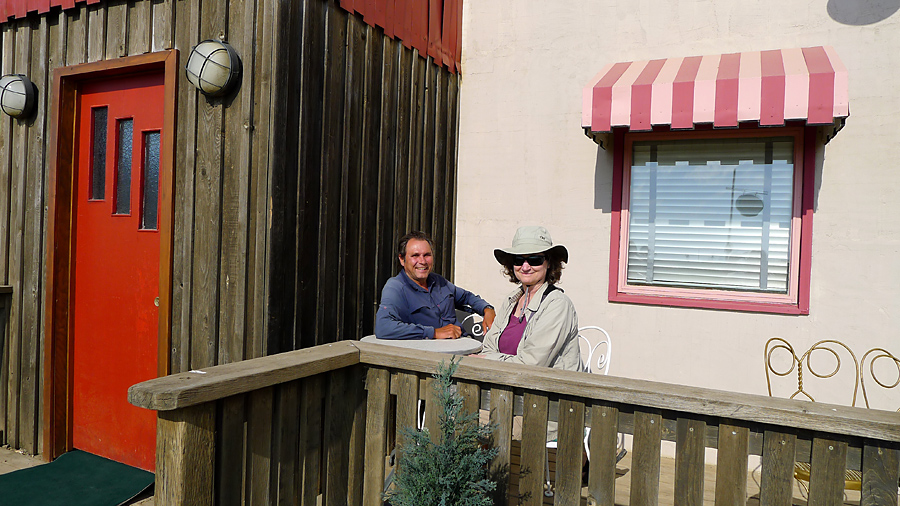 They are filming Corner Gas: The Movie, to be released in December, and had trailers set up and were dressing some of the locations. 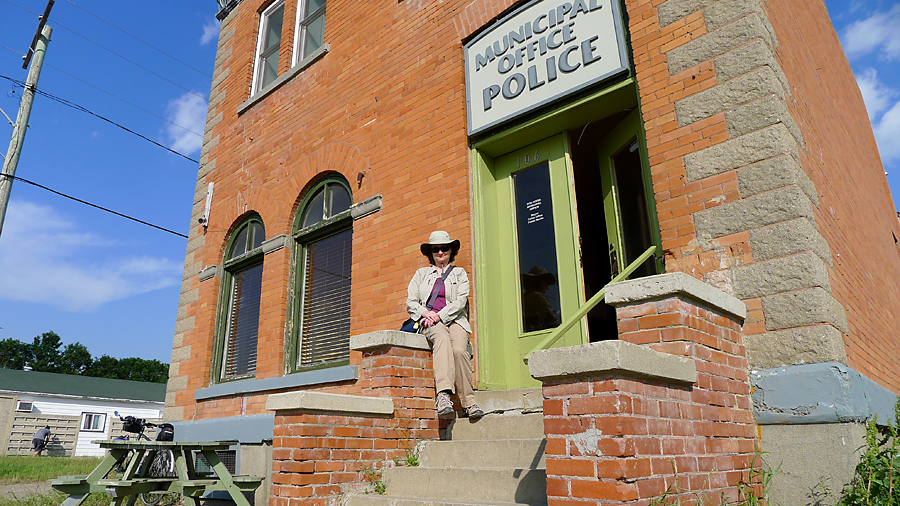 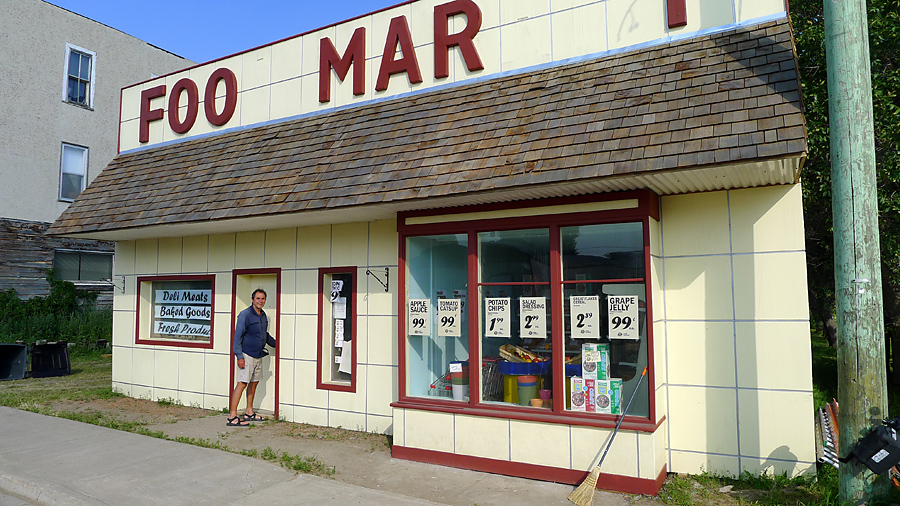 Dog River is right next to the highway, and the Corner Gas set is on the road into town. The other locations are within a few blocks. So we toured it all and took a bunch of pictures. 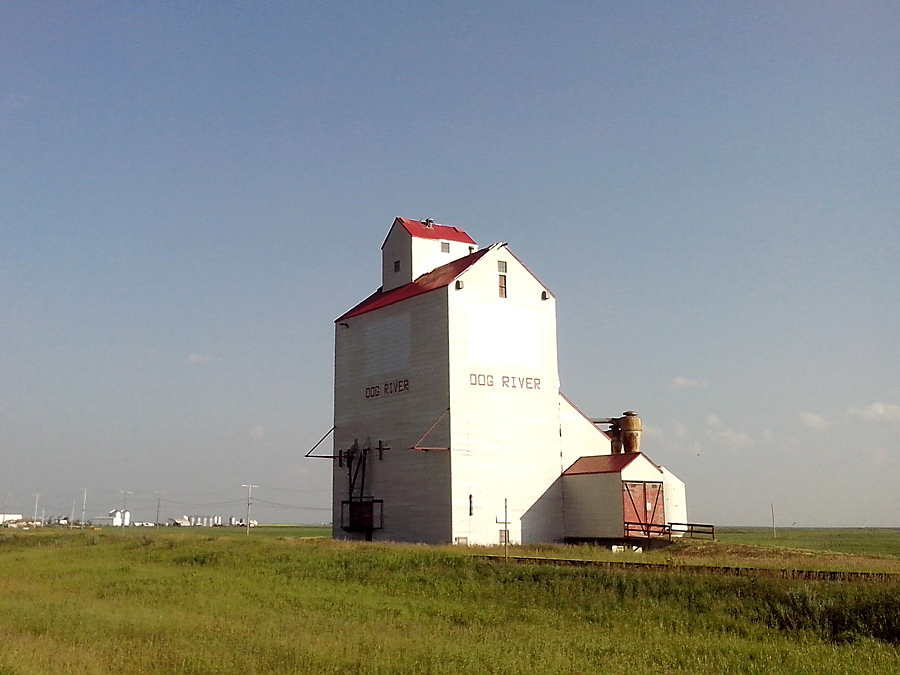