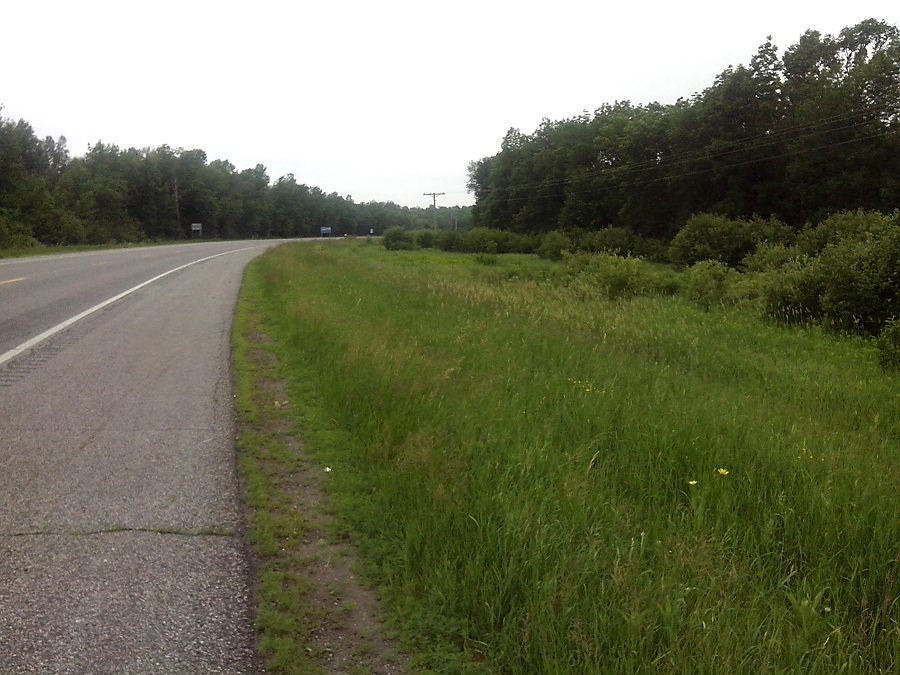 It rained while I had a roast beef dinner at the Eagles Club. And then it rained when I got back to the campground, and I never got wet. It has rained so much in Minnesota this June that the ground is saturated and there is standing water everywhere. Which is saying a lot for a place that is essentially lakes and bog and bush in the north where Bimidji is. It also means that the mosquitoes are having a bumper crop, and the only safe place is inside my tent, where I am hiding at this very moment. 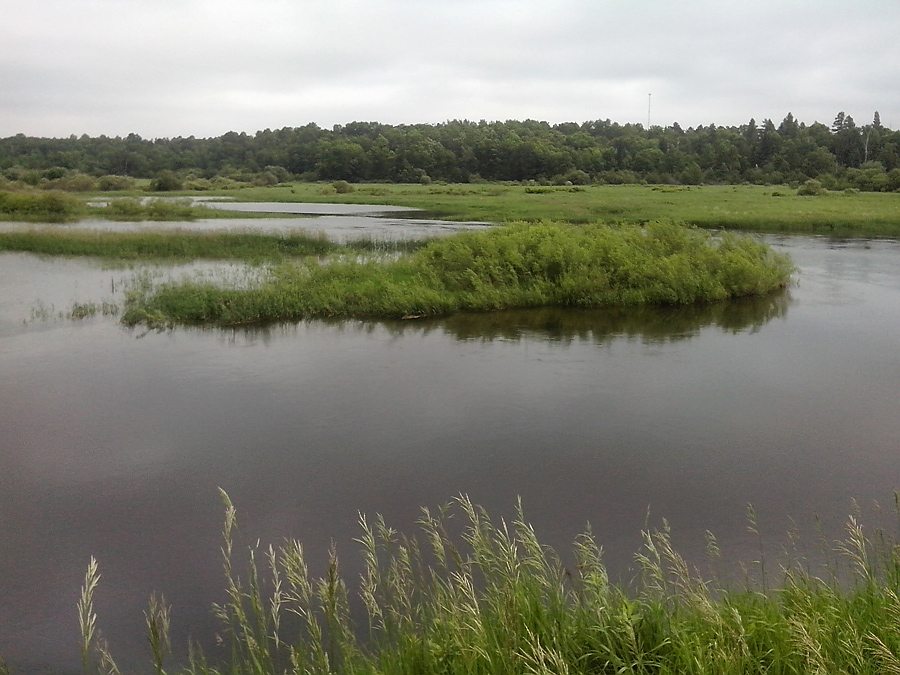 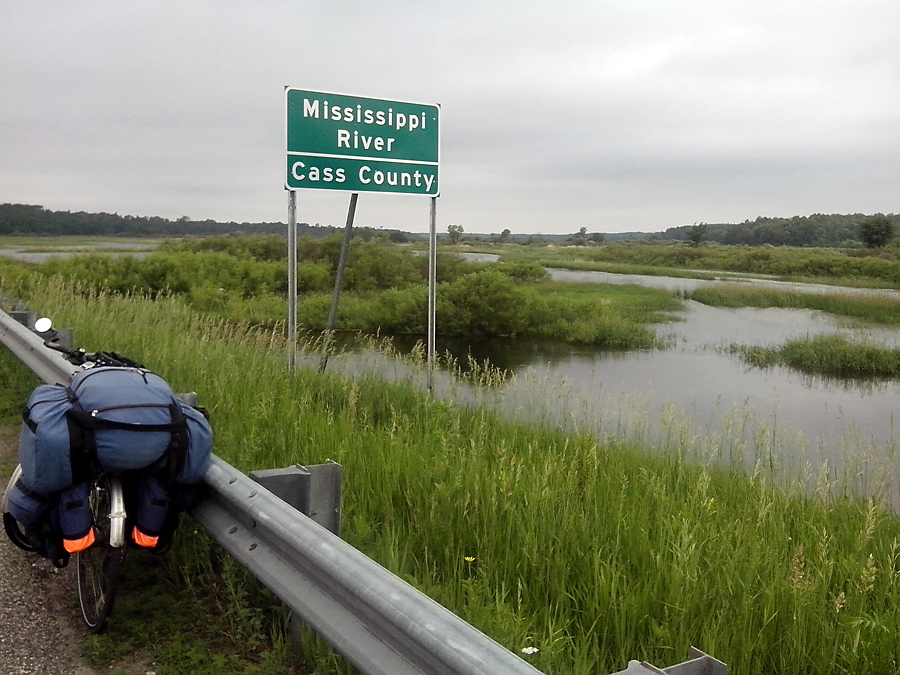 It was overcast till noon, which made a great temperature for riding. 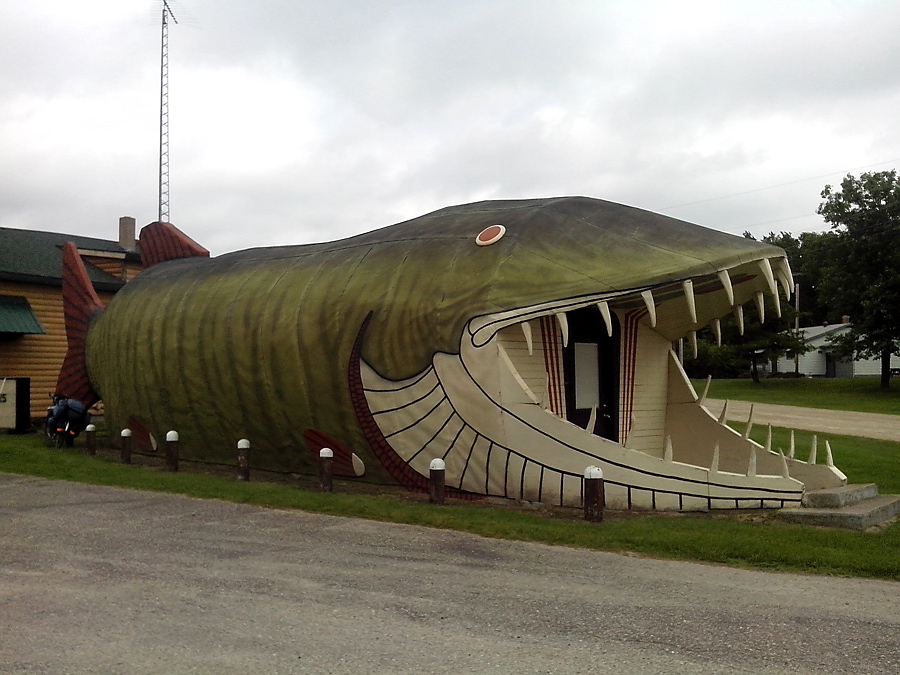 I passed Bena with the giant fish structure, which briefly appears in a postcard shot at the start of National Lampoon’s Vacation movie. 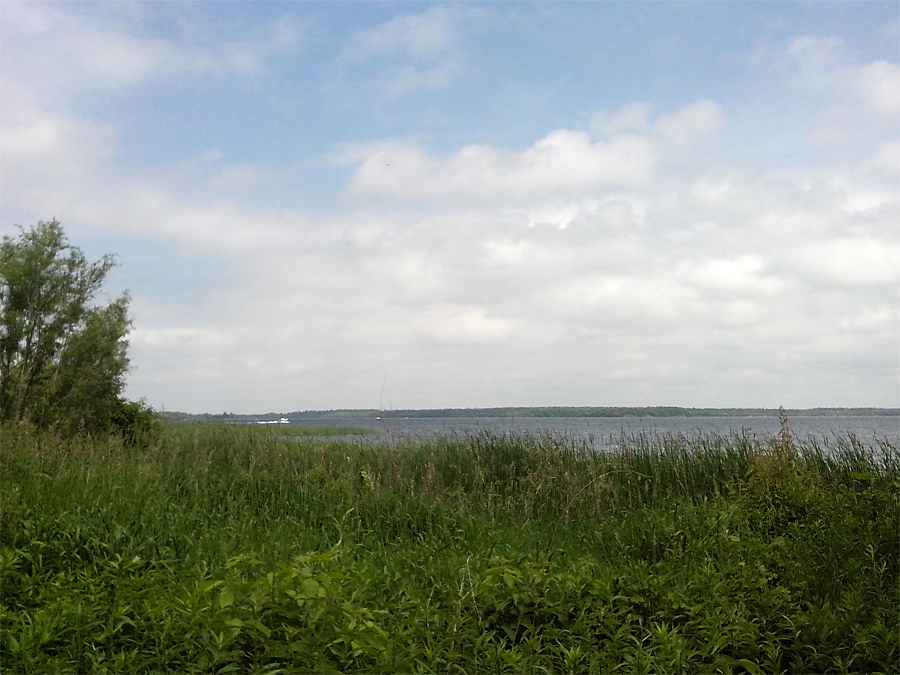 The river is now a meandering connection between lakes. I stopped for a break at Cass Lake, then zipped the final 16 miles on Hwy 2, instead of the back roads of the MRT because the scenery is pretty much the same both ways—trees, bush and bogs—and I was excited about finally getting here, especially at high speed. 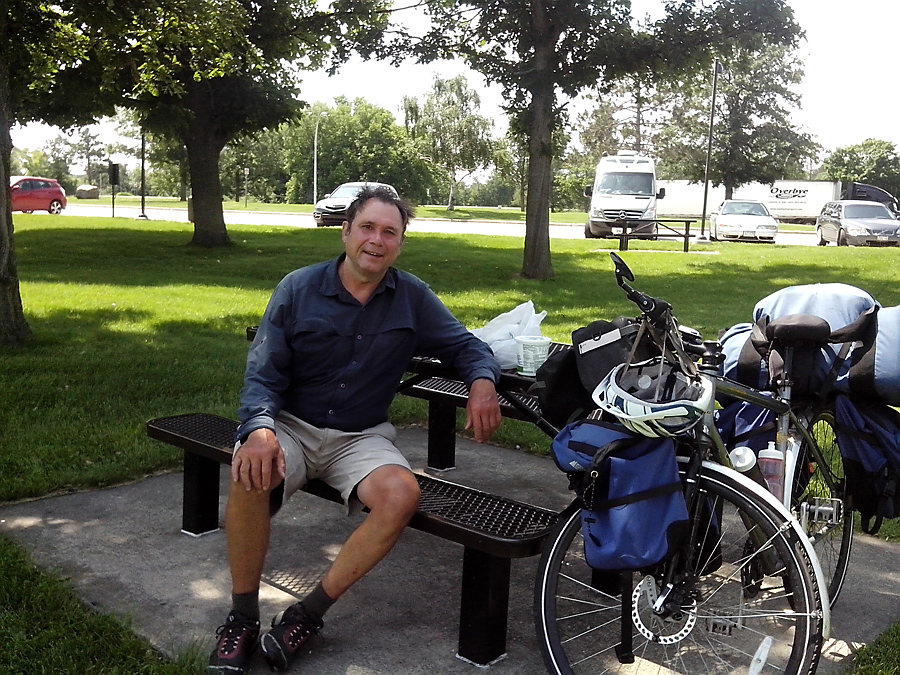 I’m camped at Royal Oaks RV Park which has some nice campsites with friendly owners who suggested dinner at the Eagles. And it’s only 2 miles from town, so I recommend it for touring cyclists who want to rest a day or so, like I do. 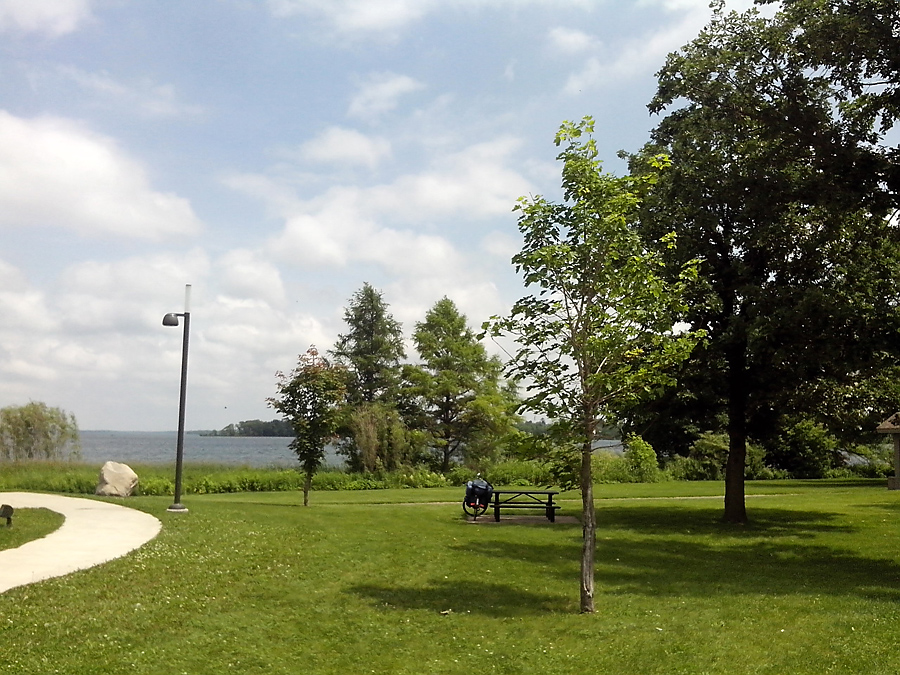 The book shows no campsites in Bermidji, and I was lucky to call the Visitor Info Center while I was still back in Grand Rapids. It’s the first time I’ve booked ahead, because it’s close to high season now, and a weekend. 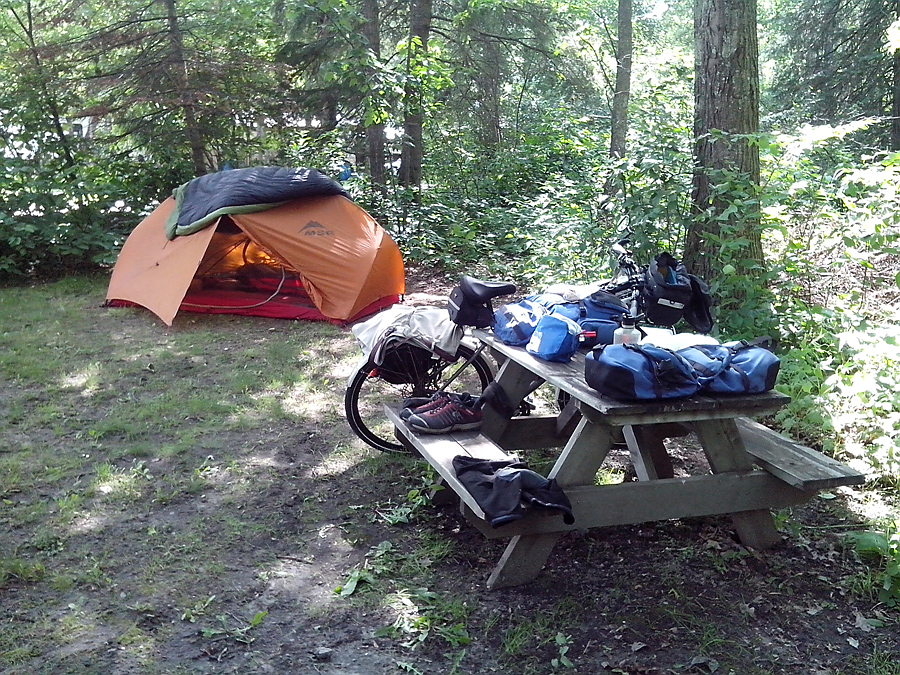